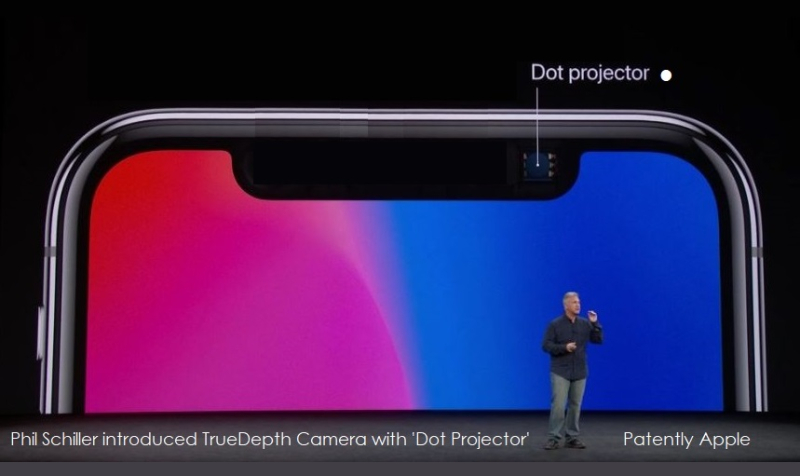 Today the US Patent & Trademark Office published a patent application from Apple that relates to advancing Apple's Face ID camera, specifically towards their dot projector. The dot projector was originally designed to focus on near-field projection for covering the face with up 30,00 dots of light as illustrated in Apple's image below. 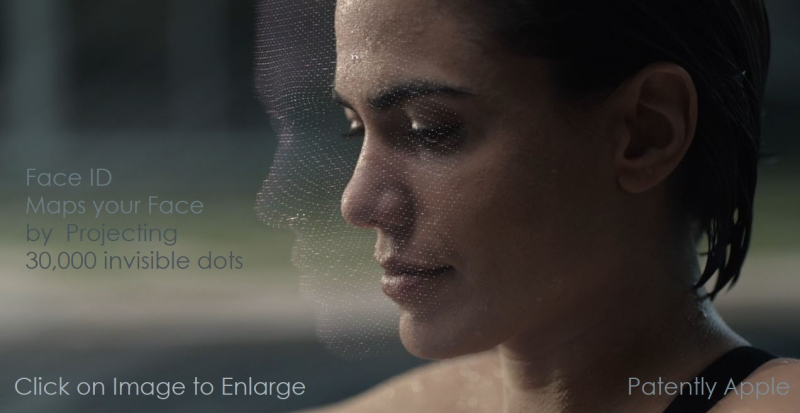 Today's patent reveals that Apple is redesigning the Dot Projector so it can project light to both near and Far-Field distances with the projector automatically choosing which to use in realtime. Apple notes that "A switching circuit, implemented in silicon, for example, can be used to select the set of VCSELs to be actuated at any given time, depending on the type of illumination that is required."

Apple's invention relates to improved devices for generating and projecting optical radiation as well as methods for manufacture of such devices. Projecting a structured-light pattern of high quality and low distortion over a wide field requires careful design of the optics used for projection. 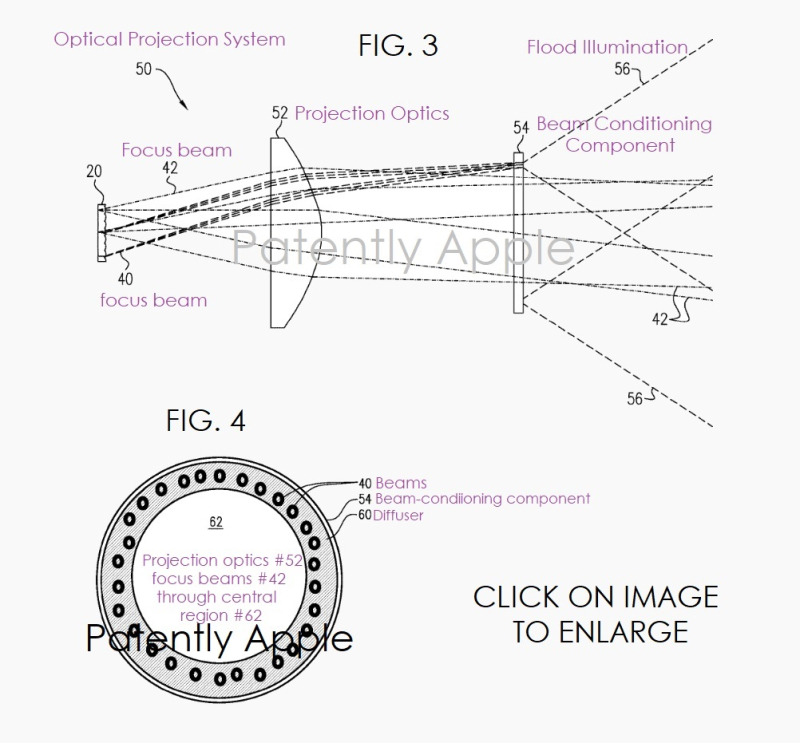 What we're not made aware of in this patent filing is what the distances are covered in the new "far field" projection capability. Will it support extra feet from the camera or several yards?

Technically, near and far fields could generally relate to depth of field (DOF) which is the distance between the nearest and the farthest objects that are in acceptably sharp focus in an image. The depth of field can be calculated based on focal length, distance to subject, the acceptable circle of confusion size, and aperture. A particular depth of field may be chosen for technical or artistic purposes. Limitations of depth of field can sometimes be overcome with various techniques/equipment.

Apple's patent application 20200251882 that was published today by the U.S. Patent Office was filed back in Q1 2020. Considering that this is a patent application, the timing of such a product to market is unknown at this time.