Yesterday the U.S. Patent and Trademark Office officially published a series of 59 newly granted patents for Apple Inc. We covered four patents yesterday (01, 02, 03 & 04) and today we wrap up Apple's granted patents by briefly pointing out 3 key granted patents covering smart fabrics, HomeKit, and techniques for jointly calibrating load and aerobic capacity. We wrap up this week's granted patent reporting with our traditional listing of the remaining granted patents that were issued to Apple.

Health Related: Apple's granted patent covers a fitness tracking device that may be configured to provide an accurate, individualized quantification of load and {dot over (V)}O.sub.2max over time and across a variety of activities. The device may implement sophisticated calorimetry techniques based on empirical models and sophisticated algorithms that may use motion data, heart rate data, or a weighted combination of both motion data and heart rate data. See patent 10,694,994 for more.

Home Automation HomeKit: Home electronic devices that can be controlled remotely using software applications running on a computing device, such as a mobile phone, tablet computer, laptop computer, desktop computer, or the like, have become increasingly popular. For example, numerous manufacturers create light bulbs that can be controlled by a software application running on a mobile phone to adjust the brightness and/or color of the bulb. Other devices, such as door locks, thermostats, and the like, having similar controls are also available. Apple's patent covers Systems and processes for using a virtual assistant to control electronic devices throughout a home. See patent 10,699,717 for more.

Smart Fabrics: It may be desirable to form bags, furniture, clothing, and other items from materials such as fabric. Fabric items generally do not include electrical components. It may be desirable, however, to incorporate electrical components into fabric to provide a user of a fabric item with enhanced functionality. An item may include fabric such as woven fabric having insulating and conductive yarns or other strands of material. The conductive yarns may form signal paths (e.g., signal paths that carry data signals, control signals, power, etc.). Electrical components can be embedded within pockets in the fabric and may be electrically coupled to the signal paths. Apple's patent relates to smart fabrics being used in a number of devices, especially over-ear headphones as illustrated below. See patent 10,701,802 for more. 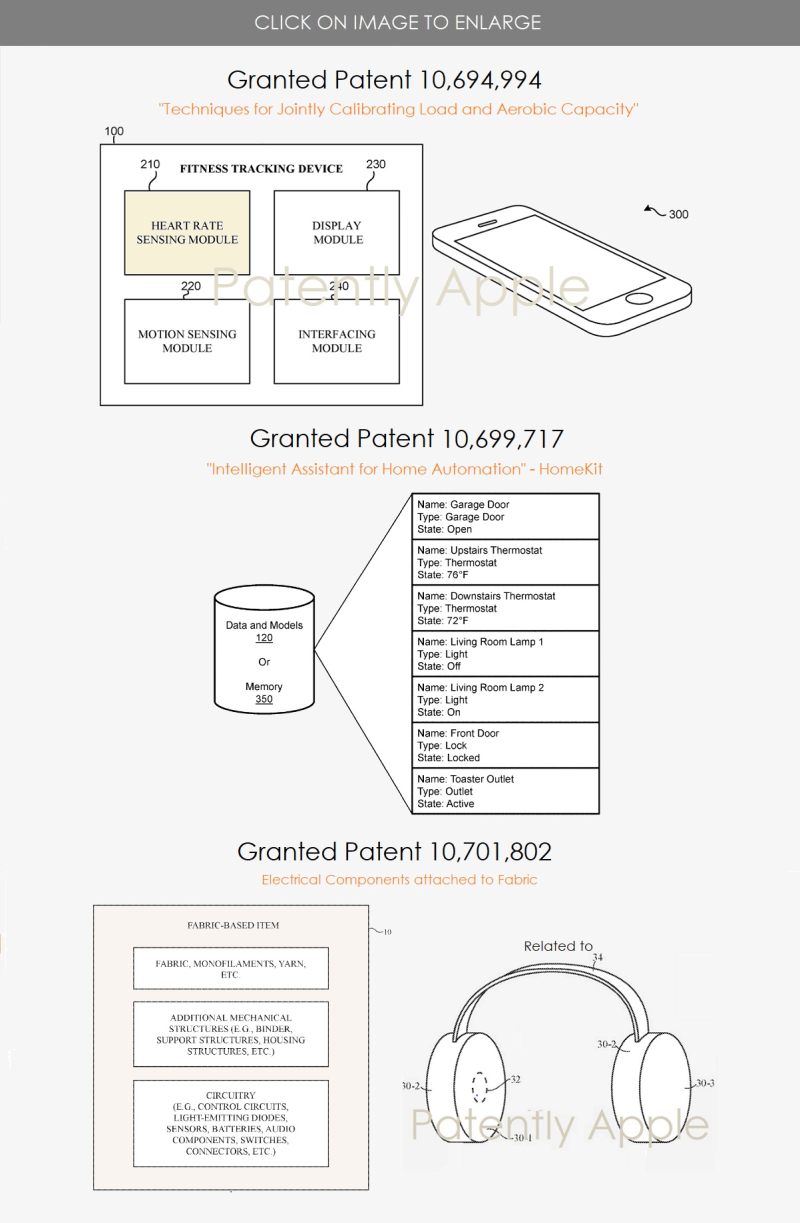 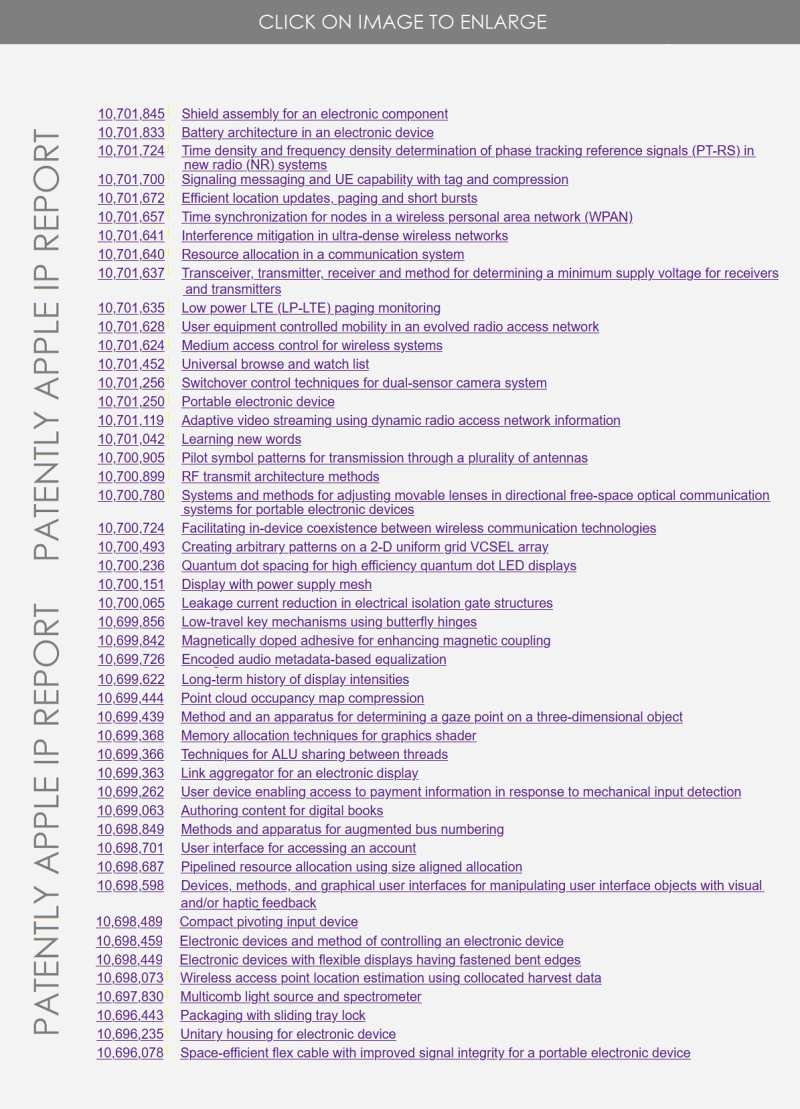