U.S. President Trump may announce that TikTok has to be sold to a U.S. Company and the odds are that it could be …

It's being reported late this afternoon that President Donald Trump plans to announce a decision ordering China’s ByteDance Ltd. to divest its ownership of the music-video app TikTok, which is popular with U.S. teens, according to people familiar with the matter.

As TikTok grew more popular, U.S. officials grew more concerned about the potential for the Chinese government to use the app to gain data on U.S. citizens. The Committee on Foreign Investment in the U.S., which investigates overseas acquisitions of U.S. businesses, began a review of the purchase in the fall of 2019, according to a person familiar with the investigation.

TikTok has become a political pawn between the U.S. and China, and elected officials have criticized the app’s security and privacy practices, suggesting that user data collected through the app might be shared with the Chinese government.

TikTok critics and competitors have played up that fear, including Facebook Inc., which has criticized the app for alleged censorship. For more on this, read the Bloomberg report.

Interestingly Microsoft may be the U.S. company interested in acquiring TikTok, according to a second Bloomberg report posted this afternoon.

The report notes that "Microsoft is in talks to purchase TikTok’s U.S. operations, according to the person who asked not to be identified because the discussions are private. A spokesman for Microsoft declined to comment.

ByteDance bought Musical.ly Inc. in 2017 and merged it with TikTok, creating a social-media hit in the U.S -- the first Chinese app to make such inroads. You could read more about this Bloomberg report now on their Technology homepage titled "Microsoft said to be in talks to buy TikTok in U.S."

Then again, in October 2018 Apple's CEO held a meeting with ByteDance Executives and was greeted like a rock star by company staff as the photo below shows.

Is it remotely possible that Apple could be in the running for the company to challenge Facebook, Snapchat and other social media companies?  At the time Apple nor ByteDance would comment on what the two companies were discussing. 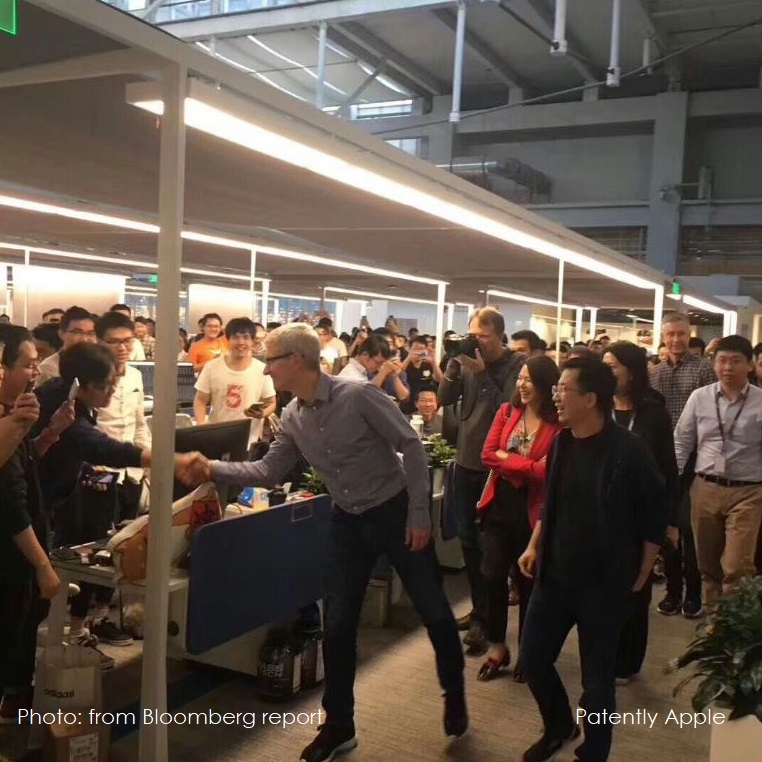 I think that Wall Street would love to see Apple acquire TikTok to shake up social media's top dogs. Yet with Apple under the microscope by both the EU and U.S. antitrust committees for being monopolistic, the odds are extremely slim Apple will be joining in the bidding for the company. The timing for such a deal is all wrong.

For now, the rumor is that Microsoft is in talks for the company and should President Trump proceed in demanding that the company be sold to an American Company, then a deal will have to be announced fairly quickly.