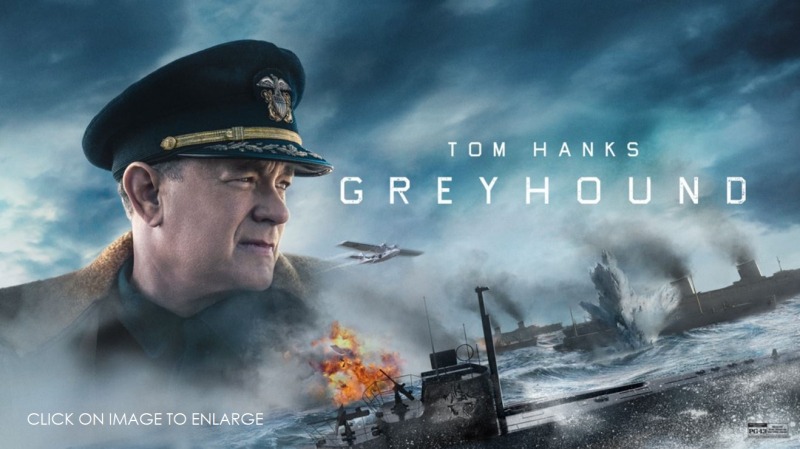 While Apple fans that subscribe to Apple TV+ will finally get to see a decent flick on the streaming service on Friday titled 'Greyhound.' Tom Hanks is not only the main character but the one who wrote the screenplay and adapted it from C S Forester’s novel 'The Good Shepherd.' Tom Hanks vision being reduced to being seen on Apple TV+ is a disappointment for Hanks. He's made that crystal clear.

Hanks stated in a recent interview with the Guardian "I don’t mean to make angry my Apple overlords, but there is a difference in picture and sound quality." The change in plans from film to streaming content has been, he says, "an absolute heartbreak." While you can understand Hanks on the latter point to a certain degree, he didn't leave it at that.

The Guardian joins in to bash Apple by writing: "Apple TV+ is having a similarly negative impact on Hanks’ appearance in this interview. Even though he is in his office, "the cruel whipmasters at Apple" decided the background needed to be a blank wall, presumably so nosy journalists like me wouldn’t spend the whole encounter snooping at Hanks’ bookcases. Against the eerily empty backdrop, he looks, Hanks rightly says, as if he’s in "a witness protection programme. But here I am, bowing to the needs of Apple TV."

It's too bad that I had to read this garbage from Hanks prior to the film being released on Apple TV+ on Friday. Hanks is just lucky that his film didn't go on a shelf to collect dust at Sony because of how COVID-19 has wiped out theaters. He should have kept his personal feelings to himself prior to the film instead of taking several jab at Apple. A simple thank you to Apple would have sufficed.

It was a classless move on Hank's part to put it mildly. It's likely going to be the last film I'll watch of his to be sure. If you're interested in reading more of the interview, read the full Guardian report.