To wrap up the few remaining patents of interest today, this report briefly touches on three patent filings covering depth mapping for in-air gesturing; a Biometrics Band to measure the heart during exercise; and lastly, a solution to mitigate Apple Watch display burn-in.

Apple filed for this patent originally in 2016. Apple was granted this patent in March 2020. Today Apple filed a continuation patent where they simplified their invention going from 21 listed patents claims down to 8.

The focus of the patent now appears to be on Biometric Monitor such as a heart rate monitor. Although the Apple Watch is now able to replace this invention Apple may at some point in time decide to offer a more sophisticated method of monitoring the heart for dedicated athletes.

Now that Apple Watch is offering more and more "complications" (mini UIs) Apple has filed for a patent for their solution to the burn-in issue in displays, especially for OLED displays. Although it looks like a new patent, it is not. Apple shows that they've cancelled nine patent claims as the reason for filing the patent. 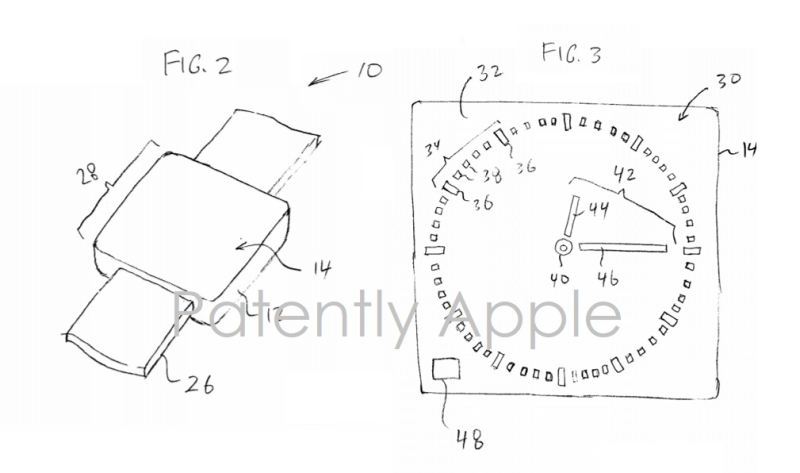 Lastly a continuation patent of mild interest includes one for a depth mapping system that dates back to 2009. Apple was granted this patent back in 2017 and we published it under the title "Apple Wins a Patent for a 3D Camera System for Controlling Games, Apps and Possibly Facial Recognition. It's the same principle that is used in Face ID but on a larger scale where users can make in-air gestures to control content on a desktop display (or MacBook) as shown below in one of the patent figures. Being a continuation patent, what has changed is in their patent claims.

Until Apple can find a way to commercialize this feature and effectively find a way to use air commands on a Mac or future Apple TV, Apple will be limited to tweaking this patent until it's applied or dies on the vine.

To date, a few companies like Leap Motion and HP have tried to use this feature in an attempt to excite consumers but have failed miserably.  If anyone could pull it off it's Apple. For now, it's a sleeper. You could review the continuation patent here.