Home Archives Contact Us Subscribe Twitter MeWe Facebook Patently Mobile
Samsung has introduced a new Smartphone Sterilizer while one U.S. Company warns that iPhones are 20X Dirtier than a Toilet Seat
Apple files new 'Spatial Audio' patent for its future HMD and is likely to apply to AirPods Pro and Next-Gen Apple TV 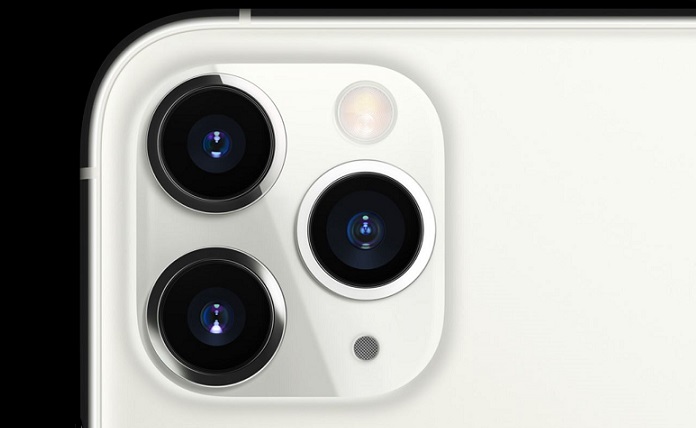 Today the US Patent & Trademark Office published a patent application from Apple that generally relates to structural components for securing a camera module in an enclosure for a portable electronic device such as the iPhone 11 and iPhone 11 Pro. More particularly, the patent relates to support structures for securing multiple camera modules. Did Apple consider other camera configurations for the iPhone 11 Pro? Yes, they did and we include those in this report.

The portable electronic device includes a metal housing having a top wall, a bottom wall, and side walls, where the top wall, the bottom wall, and the side walls are electrically isolated by dielectric elements. The portable electronic device further includes first and second glass covers coupled to the side walls, the second glass cover including an external surface that transitions to a raised section having a planar surface, where the planar surface includes first, second, and third openings.

Apple's patent FIGS. 1A-1B below illustrate front and rear isometric views of an iPhone 11 Pro with a triple camera 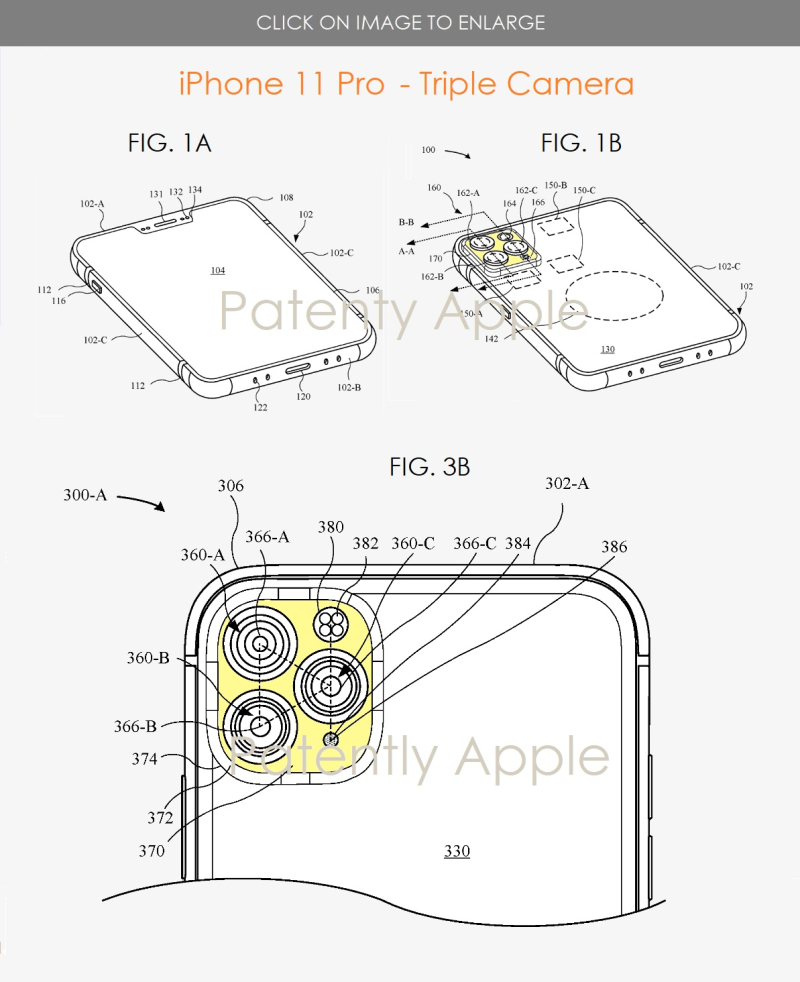 Apple's patent FIG. 3B above illustrates that the raised portion #370 has a generally polygonal shape with curved/rounded edges. In some examples, the raised portion may have a shape that corresponds to a circle, ellipse, rectangle, trapezoid, polygon or square as long as such a shape does not impact the operation and functionality of the camera modules, strobe module, and microphone module. The shape of the raised portion may be a design choice and the shape shown in FIG. 3B should not be considered limiting of other possibilities.

In patent FIG. 3D below we can see the iPhone 11 dual camera configuration. 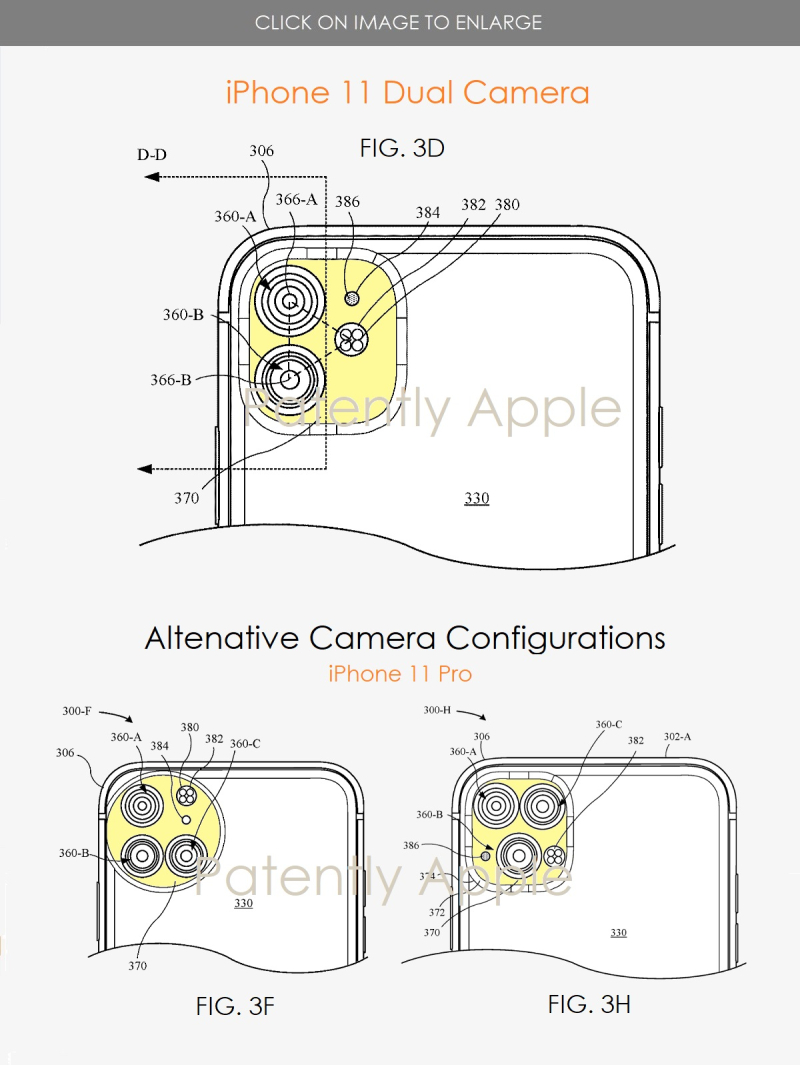 For the nitty-gritty details, review Apple's patent application 20200221002 that was filed in Q3 2019 and published today by the U.S. Patent Office.