Home Archives Contact Us Subscribe Twitter MeWe Patently Mobile
Video: Under Pressure, Actor Tom Hanks does an About-Face on Apple TV+ in 24 hours, Praising the Streaming Service
A new Class Action Lawsuit has been filed against Apple and T-Mobile over a Longstanding Security Flaw 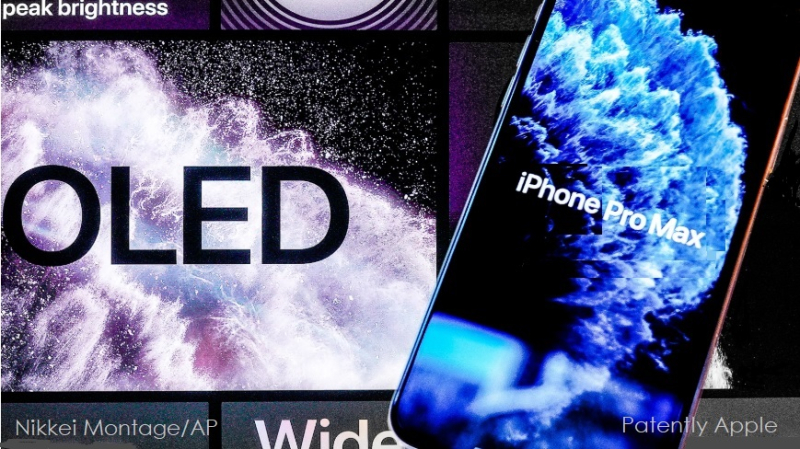 It was just a little over a week ago that phoneArena.com posted a report titled "4G-only iPhone 12 sporting an LCD screen expected to cost $549." A new rumor report published by the Nikkei Asian Review today contradicts that prediction.

According to the Nikkei report, "Apple will use OLED screens for all its forthcoming 5G iPhones this year, going all-in with the world's premium display technology for its flagship range in a move that is sure to spark new competition among suppliers of smartphone panels.

Apple plans to introduce four 5G iPhones with three different screen sizes -- 5.4-inch, 6.1-inch and 6.7-inch -- all of which will use the OLED technology, the Nikkei Asian Review has learned.

Production of OLED displays, which can be made curved or foldable, is still dominated by Samsung Display, the panel unit of Samsung Electronics. Samsung and other rivals of Apple, including Huawei, Oppo and Vivo, already use OLED displays in their premium smartphones.

Apple will still not be able to use a full-screen OLED display because it still needs to integrate its facial recognition function, known as Face ID, at the top of the iPhone.

Apple's decision is a blow to its longtime LCD screen supplier Japan Display, which earns around 60% of its revenue from selling LCD screens to Apple. Japan Display, has had net losses for six straight years, lags behind competitors in OLED development, only a relatively few OLED screens for wearable devices."

In a way, the Nikkei report contradicted the rumor-mill's position that Apple won't use BOE as a supplier. Then again, the report reminded their readers that BOE is still in the testing phase and expects that their OLED displays will enter Apple's supply chain in early 2021. BOE is already an Apple display supplier for MacBook laptops and iPads but, is still not a supplier for the iPhone."

Yet one has to be skeptical about the rumors about BOE's OLED quality as the company already supplies great quality OLED displays to Huawei, Oppo, Vivo and Xiaomi. The reality is likely more about a short-term capacity issue than it is about quality and the latter will reportedly be resolved early in 2021.

Lastly, the Nikkei report added that "Eric Chiou, a veteran display analyst with TrendForce told the Nikkei that "Apple has no choice but to turn to OLED displays because its competitors have already done that, and of course every Apple shift in technologies will have huge impacts on its suppliers. For more on this, read the full Nikkei Asian Review report.