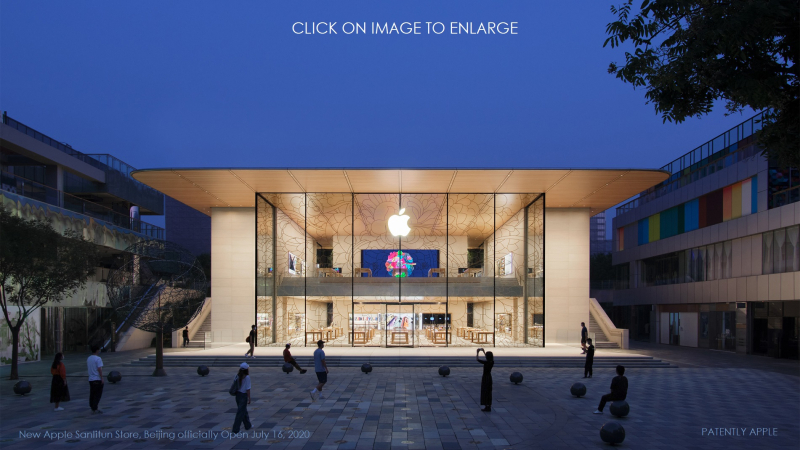 Tonight Apple has announced that it will open the entirely new Apple Sanlitun today, the next iteration of Apple’s first store in China. Sitting adjacent to the previous location on Taikoo Li’s open square in Sanlitun, the brand new store is twice the size of the original and introduces several firsts for Apple in China. It is also opening with the same comprehensive health and safety procedures currently in place across all Apple Store locations for employees and visitors, including a mask requirement, temperature checks, and social distancing before entry and inside the store.

Apple repeats and clarifies that the new Apple Sanlitun opens today at 10 a.m. CST. In line with China’s standard protocols, customers who plan to attend the opening should expect to show and scan their personal health QR code as they enter the queue.

The new store features many of Apple’s latest retail design updates, including a Forum, Viewing Gallery, and Boardroom. The Forum will be the future home for Today at Apple, where the store will host some of Beijing’s greatest artists, musicians, and creatives who will showcase and teach their process. The Viewing Gallery, situated within the grand upper level, offers a stunning vantage point for the lively outdoor square. Local businesses and entrepreneurs can get personal advice and guidance from the Apple team in the store’s dedicated Boardroom. With more than double the space of the previous store dedicated to service and support, customers will have ample room to meet with a Genius or experience Today at Apple.

Apple Sanlitun also features Apple’s first integrated solar array in a retail store in China. The array will provide power to the store below, which, like all Apple facilities worldwide, runs exclusively on renewable energy. Apple is supporting enough clean energy in China to power more than 450,000 homes each year.

Deirdre O’Brien, Apple’s senior vice president of Retail + People: "This store sets a new standard for Apple Retail in China and we’re thrilled to build on our history in Beijing. We look forward to operating Apple Sanlitun, and all of our stores around the world, with the health and safety of our customers and teams as our top priority."

Since opening 12 years ago with 52 team members, Apple Sanlitun has welcomed more than 22 million visitors — the equivalent of every resident of Beijing passing through its doors. Now, 33-foot glass panels, fabricated in Xiamen, China, blur the barrier between inside and out, and signature staircases on either side of the store run parallel with exterior stairs to create further transparency and flow. The floors are clad in Padang Light stone from the Shandong province, and the west terrace is lined with Sophora japonica, the official tree of Beijing. The store is now home to 185 team members, who today will open a new era for Apple in Beijing. 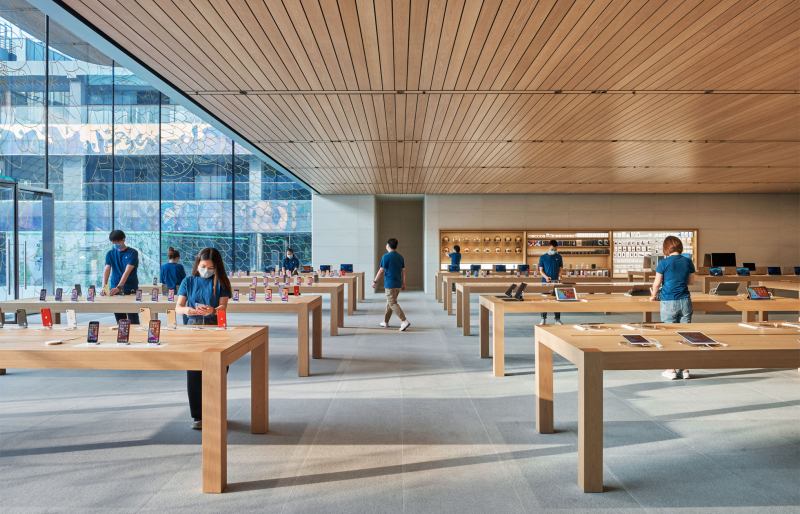 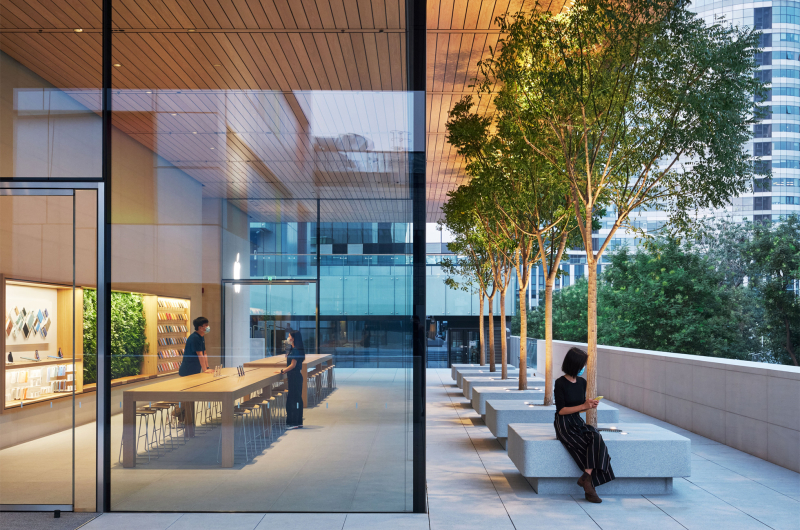 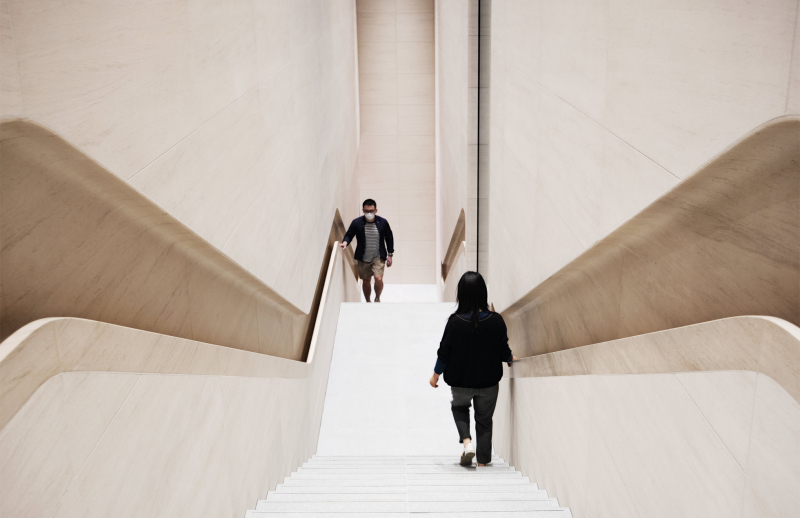 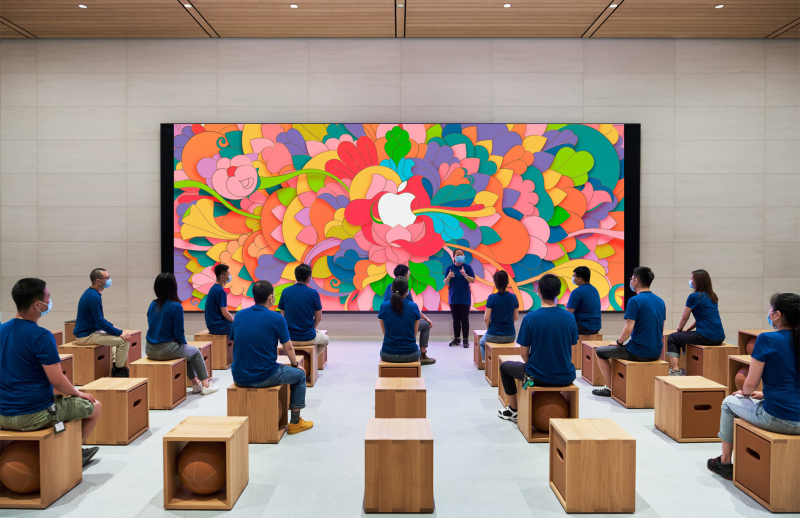 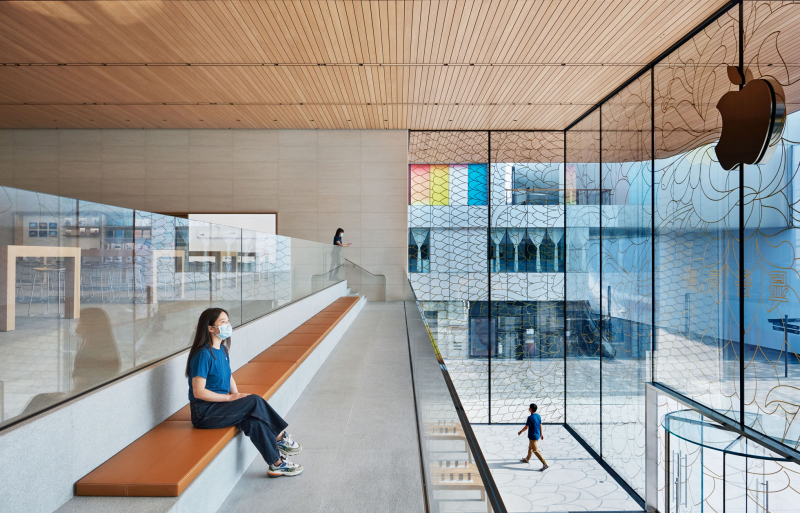 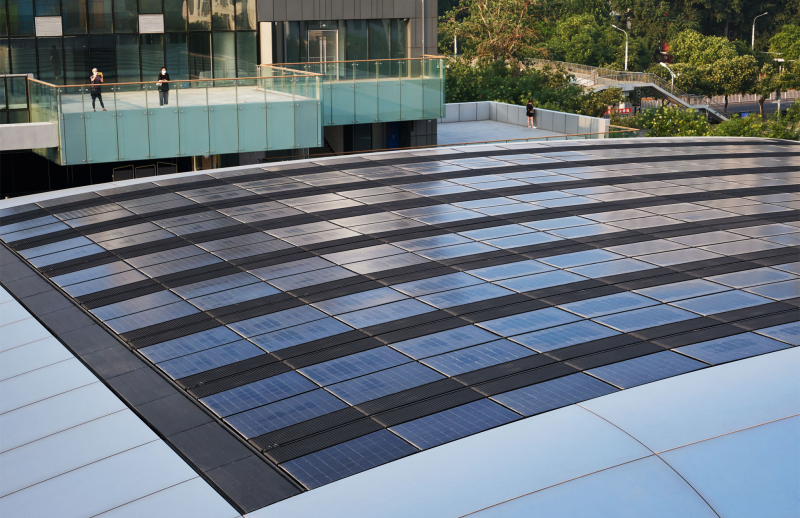