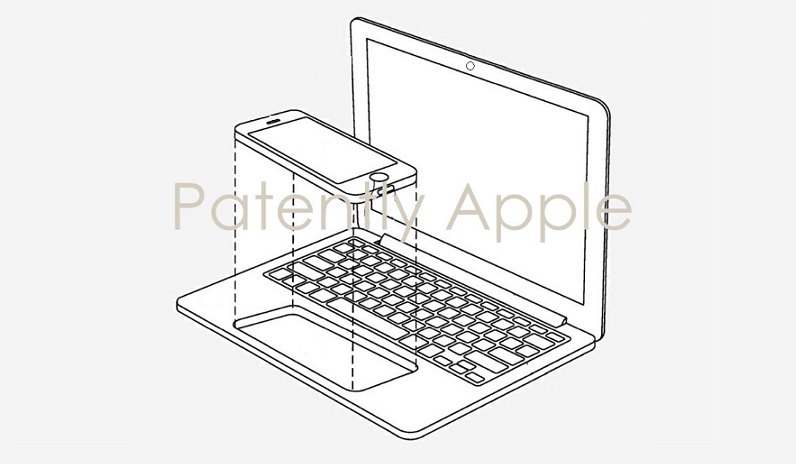 In March 2017 Patently Apple posted a report titled "Apple Continues to Dream up Accessories for iDevices with some being Sheer Fantasy." Apple was granted this patent in September 2018. In late January of this year, Apple filed a continuation patent to add to its patent claims that the accessory, as presented above, would provide the iPhone with "keyboard input" capabilities. Then WWDC20 happened and Apple delivered the blockbuster news that they were shifting away from Intel processor to their own 'Apple Silicon.'

It would appear that some are thinking that Apple's accessory patent may have been given a big boost at being viable in the future because of Apple Silicon. Though it's not trying to be a MacBook, so I'm missing the connection.

It's more like an alternative embodiment to the iPad Pro. For students, they'd now be able to work with Microsoft's Office suite for iOS or iWork and be able to type on a full keyboard, visualize their documents like a MacBook and yet remain on iOS. It would amplify Apple TV for students in their dorms, allow them to play Arcade games and much more at a price students and emerging markets could afford (hopefully).

This afternoon MacRumors threw out the idea of this patent now being an intriguing possibility. That's certainly true if it's priced right. Apple's 5nm A14 processor that will power the iPhone 12 is likely to be more powerful than most PC notebooks on the market today, so why not give it the needed accessory to prove that out.

It could very well be another killer product for Apple like the AirPods Pro is today. If Apple doesn't bring their patent to life, I'm sure that Samsung, Huawei, Microsoft or Google will simply steal the idea like some have done in the past.

For instance, Microsoft brought their Surface Book to market in 2015 when this was patented by Apple way before Microsoft engineers even dreamt of such a hybrid device. We covered it in a 2013 report.  Better yet, Apple filed for that patent back in September 2011 under number 20130084796.

The image below juxtaposes Apple's inventive concept vs. Microsoft's Surface Book. Tell me that they didn't run with an idea that Apple abandoned. 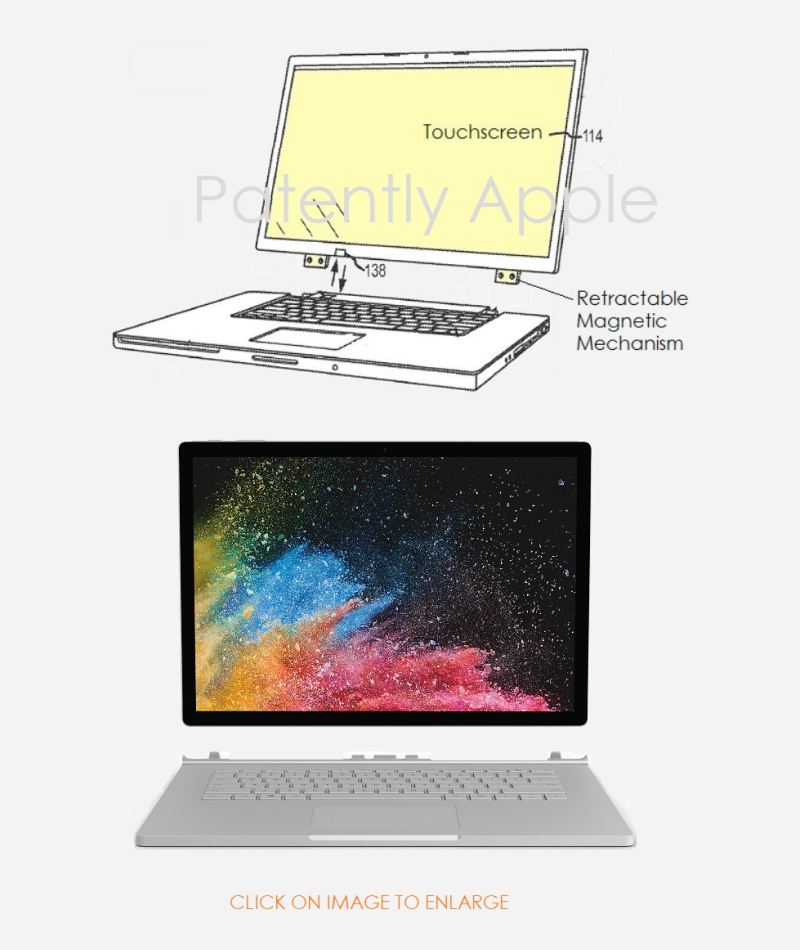 It was a good idea for MacRumors to bring this up as it does get our wheels going. However, Apple could have done this by now if they wanted to because the accessory was designed to work with iOS as the driver from day one and nothing out of WWDC20 materially changed that in any way. It was never to be a MacBook + iPhone scenario. It was always designed as an iPhone + an accessory that mimics a MacBook Shell.

I liked the concept back then and still do. Just keep in mind that it can't be a "thin" notebook-like device as the iPhone is still too thick to pull that off sitting in the trackpad area. Though it's a compromise that most would be willing to live with for the convenience of owning such an accessory.