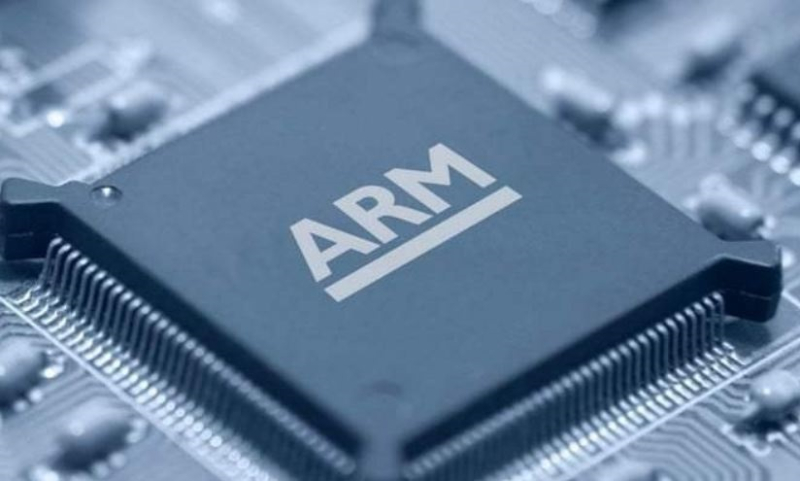 On Sunday Patently Apple posted a report titled "Story of the Week: SoftBank Considers the Sale of ARM." We noted that the news that ARM could be in play would possibly have companies like Samsung, MediaTek, Qualcomm, NVIDIA, Qualcomm and others trying to explore an acquisition of the company. We had noted that Apple making a run at Softbank's ARM would be a long-shot. Today a number of reports have surfaced on this matter and one suitor has been identified and our report touches on a number of key points being made.

It could take months if not a year for Softbank to make a decision whether a sale of ARM or going public would be in its best interest. If the banks put pressure on Softbank, it could be much quicker and in that time the speculation and planted stories in the press could make this a very hard story to stay on top of accurately.

Earlier today the Korea Times posted a report titled "Neither Samsung nor Apple will buy Arm from SoftBank." The Korean publication doesn't have first hand knowledge of the matter and has relied on Jim Handy, a U.S.-based renowned semiconductor analyst guru working for Objective Analysis.

Mr. Handy speculates that "It is unlike Samsung to license IP to other companies. Samsung's IP strategy is mostly defensive: They get patents so that they can defend themselves against other companies who try to use their patent portfolios against Samsung. Samsung usually tries to develop all of its IP internally."

Handy further added that "Apple is very similar. Usually Apple buys small companies for their IP but does not license that IP to others the way that Arm does. So I find it hard to understand why either Samsung or Apple would want to acquire Arm."

As a long-shot, the analyst believes that "Companies that have synergies with ARM would include IP licensors. Rambus, Cadence, and Synopsys come to mind. Qualcomm does too, but to a lesser extent. I don't think that a software firm like Microsoft would be a good complement,"

Lastly, not giving up on Samsung, he thinks that there's still a slim chance that Samsung could join a consortium with other chipmakers including Qualcomm, MediaTek and Huawei to acquire controlling stakes in it – though with Huawei onboard the politics would escalate with Washington which isn't good for anyone. Keep in mind that for the Chinese market, China's Communist Government already own 51% of ARM in China.  For more on this, read The Korean Times report.

Obviously with Apple being a major ARM client which is about to greatly expand their use of ARM processors in new Apple Silicon driven Macs, Softbank's CEO had to approach Apple as a courtesy call and respect for Apple as a client. That was confirmed today In a new Bloomberg report posted late this afternoon on their technology homepage.

The report notes that "The two firms had preliminary discussions, but Apple isn’t planning to pursue a bid. Arm’s licensing operation would fit poorly with Apple’s hardware focused business model. There may also be regulatory concerns about Apple owning a key licensee that supplies so many rivals. Representatives from SoftBank and Apple declined to comment."

Although ARM is a different kettle of fish, Apple's biggest acquisition to date has been their acquisition of Beats at $3 billion. ARM would cost 10X that at minimum. So unless Apple felt that their business could be threatened by a certain company or consortium interested in ARM, Apple' is likely to stay clear of a run for ARM as we surmised on Sunday.

I think that Bloomberg sees it the same way. Their report noted that "Apple rivals, including Samsung Electronics Co., Google, Amazon.com Inc. and Microsoft Corp., also use Arm-based processors in many of their devices. If one of these companies ended up owning Arm, that would make it more difficult for rivals to access the latest chip technologies."

With Apple and other big tech companies already being under scrutiny by the EU and US antitrust bodies, the last thing that Apple needs is buying ARM that would send off warning bells around the globe.

With that said, has any notable company shown an interest in ARM at this early stage? Yes, NVIDIA has. According to a second report by Bloomberg, "Nvidia made an approach in recent weeks about a potential deal for Cambridge, England-based Arm. Bloomberg's second report on this matter is titled "SoftBank’s Chip Company Arm Said to Attract Nvidia Interest," which is still listed as a top story on Bloomberg's technology homepage today.

In the end, Bloomberg's report noted that "Any customer trying to acquire ARM could trigger regulatory scrutiny. Other companies using its technology would likely oppose a deal and demand assurances that a new owner would continue to provide equal access to Arm’s instruction set."

That should ensure that Apple's stock price won't be affected by this news in general. However, that could change in the blink of an eye if a hostile bidder takes a run for ARM. That of course would be a story for another day.

Because of the complexities surrounding this matter, Softbank has hired Goldman Sachs to explore both an initial public offering (IPO) and a sale of U.K. chip designer Arm Holdings, according to CNBC.

On the flip side, the report also added the analysis of Amir Anvaradeh of BGC on the value of a private deal.