Home Archives Contact Us Subscribe Twitter MeWe Facebook Patently Mobile
Interim CEO for Imagination sees a chance for more Engagement with Apple this year
While the UK Markets Regulator wants Apple to give their customers a list of options for Browsers, Apple has already acted on this at WWDC20 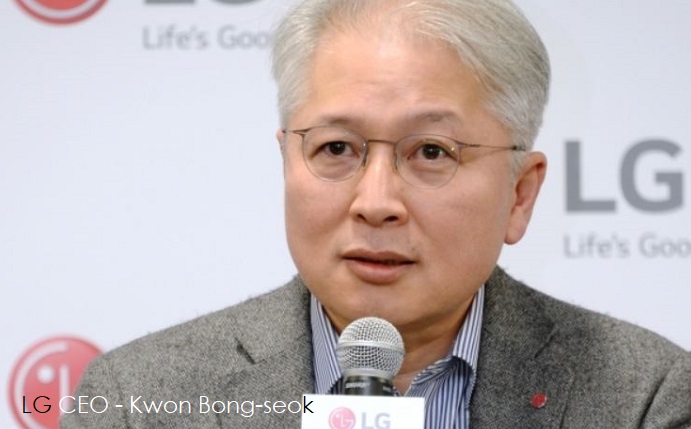 While competitors Samsung and Huawei have chosen to push smartphone form factors with foldable designs, LG's CEO Kwon Bong-seok announced today that his company will be first to introduce a "rollable" (or scrollable) smartphone early next year. Last week Patently Apple posted a continuation patent for a possible future scrollable iDevice from Apple. One of the patent figures from that report is presented below.

The South Korean report states that LG has begun production for the prototype of the device at its factory in Pyeongtaek. Most commercial products goes to three to four trial production beforehand. Around a thousand to two thousand units are produced per one trial production session.

The rollable / scrollable device will have the smartphone extend side ways when needed. It is called rollable as the display rolled at the sides will unroll. A flexible organic light emitting diode (OLED) is need to achieve this. Chinese display maker BOE is co-developing the display panel needed with LG Electronics.

A rollable display isn’t necessarily more difficult to achieve than foldable ones. Foldable displays need to withstand consistent pressure at a small area whereas rollable displays are able to dissipate the pressure to a wider area, the report sources stated.

Below are a series of patent figures from Samsung patents that we've covered under Patently Mobile over the years. So Samsung could quickly challenge LG if the form factor proved successful. 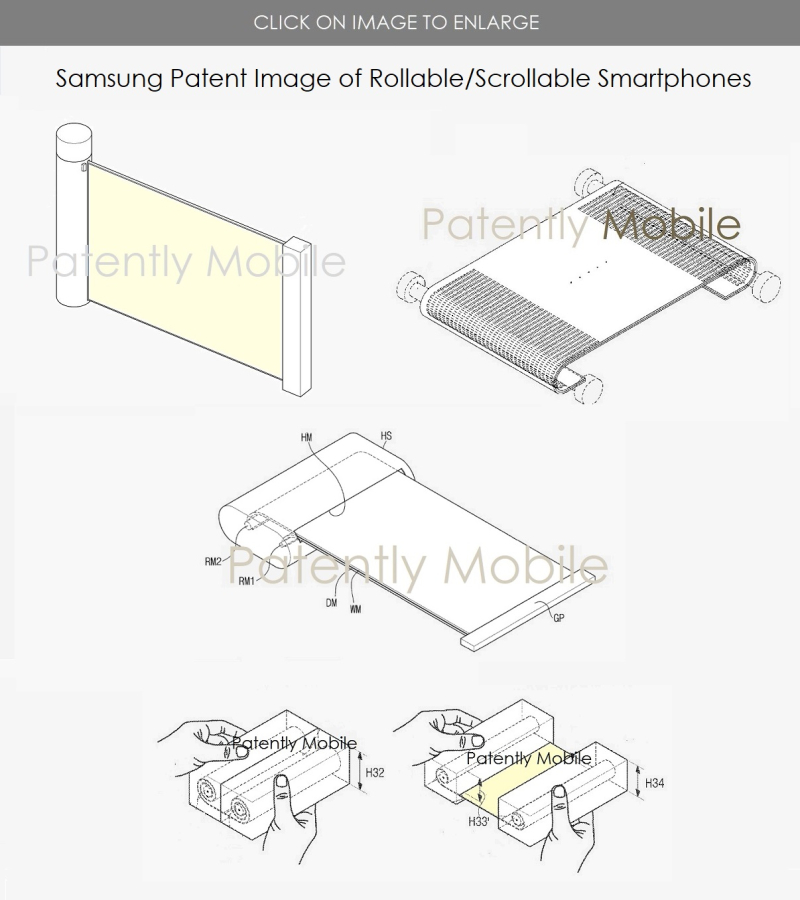