Home Archives Contact Us Subscribe Twitter Facebook MeWe Patently Mobile
With Apple under the Microscope of U.S. & European Antitrust Commissions, Apple expands their Independent iPhone Repair Program
While the Music Streaming Market Spiked in Q1 due to at Home Lockdowns, Apple and Spotify continued to Slug it out for Top Spot 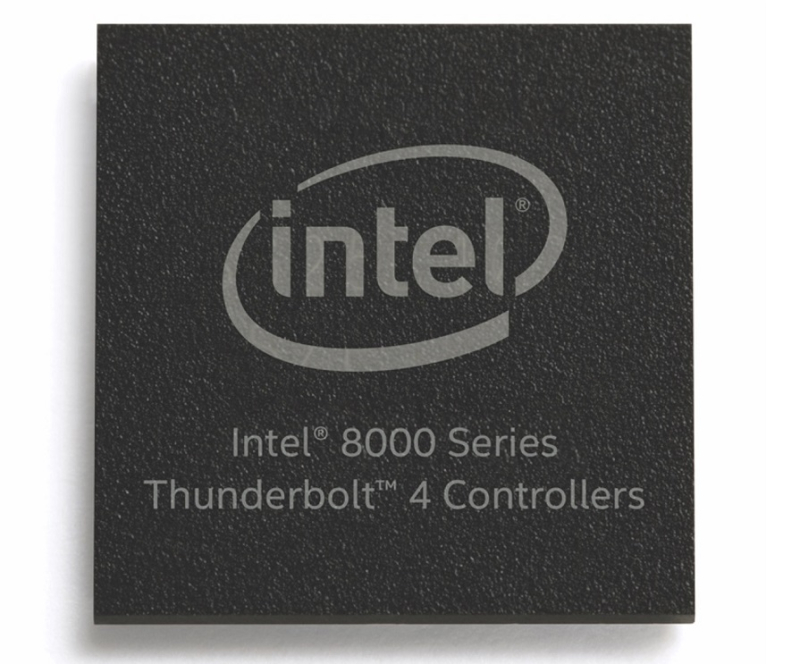 Today, Intel revealed new details about Thunderbolt 4, the next generation of its universal cable connectivity solution, delivering increased minimum performance requirements, expanded capabilities and USB4 specification compliance for PC's and Macs. For the first time, Thunderbolt 4 will offer docks with up to four Thunderbolt ports and universal cables up to 2 meters in length. Intel’s upcoming mobile PC processors, code-named "Tiger Lake," will be the first to integrate Thunderbolt 4. Intel also announced the Thunderbolt 4 controller 8000 series, compatible with the hundreds of millions of Thunderbolt 3 PCs and accessories already available. Thunderbolt 4 developer kits and certification testing are now available.

Jason Ziller, Intel general manager of the Client Connectivity Division: "Thunderbolt provides consumers with a leading connectivity standard across a range of devices, helping to advance computing experiences and delivering on the promise of USB-C with simplicity, performance and reliability. The arrival of Thunderbolt 4 underscores how Intel is advancing the PC ecosystem toward truly universal connectivity solutions."

While Apple is moving away from the Intel architecture, Tim Cook stated  at WWDC20 that Intel Macs will be around for years to come which should translate to supporting Thunderbolt 4 in upcoming higher-end Mac desktops.

To back that up, Ben Thacker, vice president and general manager at Kensington stated today that "We expect Thunderbolt 4 products to be an inflection point for accessory makers who depend on PCs and Macs to offer an industry-leading set of product capabilities for a consistent user experience. The advancements in Thunderbolt 4 will help Kensington redefine the modern workspace of the future."

Update 4 p.m. PST:  An Apple spokesperson, in a statement to The Verge officially remarked: "Over a decade ago, Apple partnered with Intel to design and develop Thunderbolt, and today our customers enjoy the speed and flexibility it brings to every Mac. We remain committed to the future of Thunderbolt and will support it in Macs with Apple silicon." 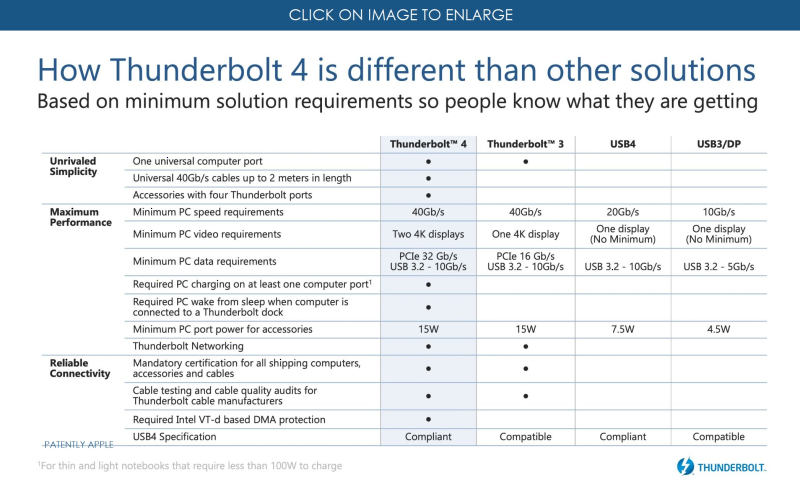 When It Is Available: Later this year, Intel expects to deliver the new Thunderbolt 4 controller 8000 series, including: