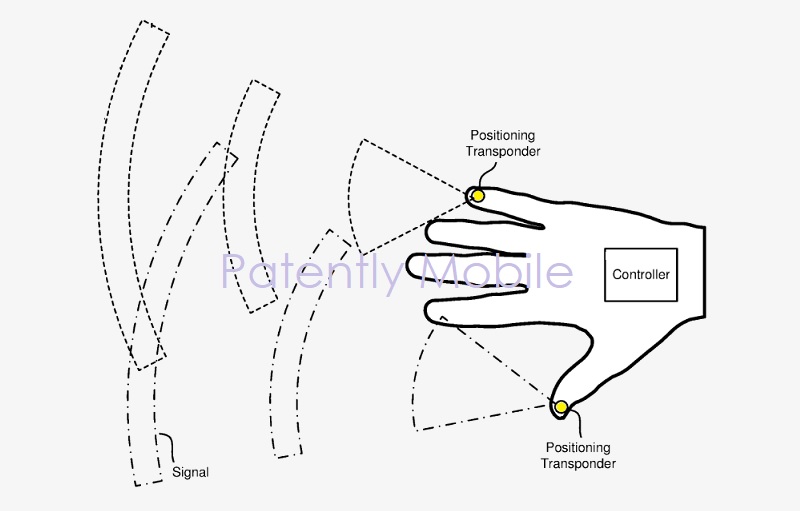 Earlier in Q2 2020 the US Patent & Trademark Office published a patent application filed by Facebook for future VR Gloves that will use millimeter wave transponders instead of the current methodology of relying on inertial motion tracking or optical motion capture.

If a haptic glove is used, the artificial reality system can also provide haptic feedback to the user. For example, if a user makes a gesture that corresponds to picking up an object, a haptic tracking glove can track the user's motion, such as reaching and grasping, and provide tactile feedback so that the user senses an object is in their hand.

Facebook's invention covers an artificial reality system that can use signals re-radiated by transponders on a locatable glove, such as a haptic glove, to determine the location of the glove.

The transponders may re-radiate signals in a millimeter-wave band. The extremely high frequency (EHF) band, as designated by the International Telecommunication Union (ITU) encompasses frequencies from 30 GHz through 300 GHz, and wavelengths between 1 mm and 1 cm. Radio waves in or near this band are commonly referred to as millimeter-waves, or as being in the millimeter-wave band.

In some embodiments, the antennas may emit and receive waves having wavelengths outside the EHF band, such as any wavelength or band in the ultra-high frequency (UHF) band (1 meter to 1 decimeter), super high frequency (SHF) band (1 dm to 1 cm), or terahertz band (100 .mu.m to 1 mm). 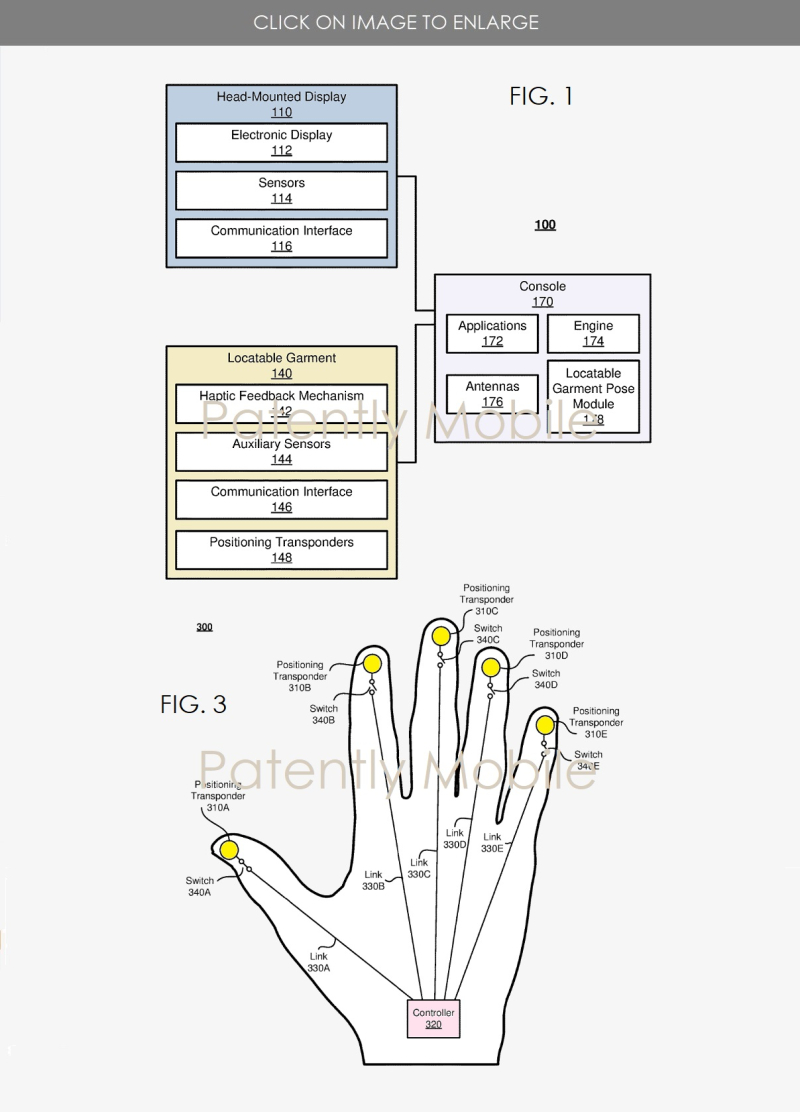 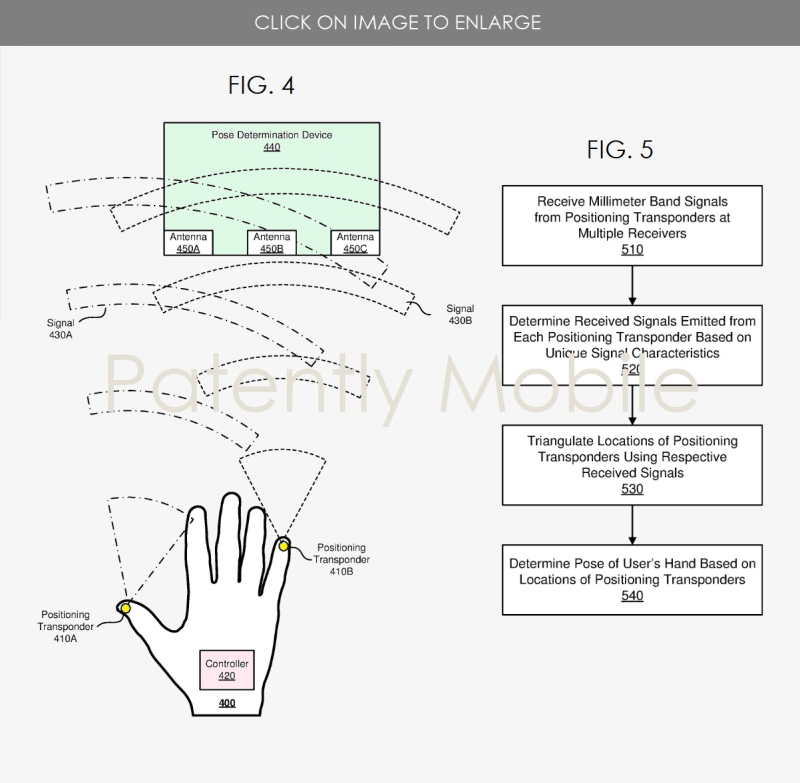 Facebook's granted patent that was published by the U.S. Patent and Trademark Office (USPTO) in Q2 2020 was filed in Q3 2019.

Later in Q2 2020 USPTO published a secondary VR Gesture ID System the covered an arm and/or wrist device band. More specifically, Facebook's patent FIG. 1 below is a perspective view of an exemplary gesture identification system comprising a wearable gesture identification device that performs automated gesture identification with improved robustness against variations in use parameters and with limited computational resources in accordance with the present systems, devices, and methods. 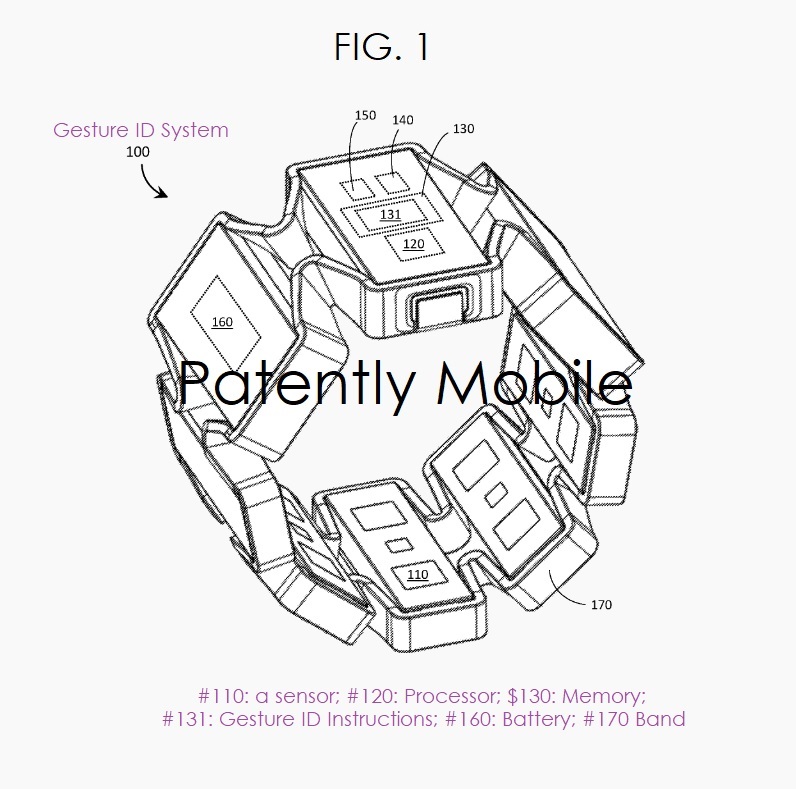 While the main purpose for the device is for a hand gesture recognition and virtual game control system based on 3D accelerometer and EMG sensors," the device could be used in the medical field and beyond.