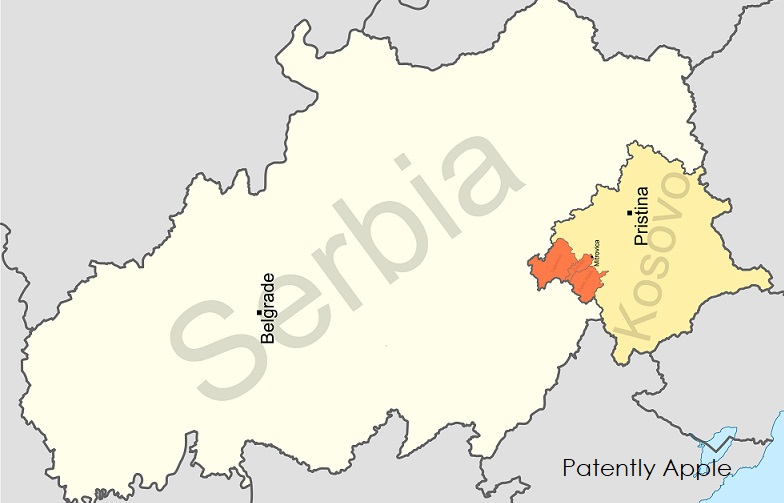 Last November we posted a report titled "Apple abides by Russian Law and Alters Maps and Weather Apps to reference Crimea and its Townsites as Russian Territory." The reaction from Ukraine officials was swift lashing out at Apple for showing the annexed Crimea peninsula as part of Russia. It now appears that another Apple Maps controversy may be brewing.

It's being reported that "Kosovo’s foreign minister Meliza Haradinaj wrote a letter to Apple's CEO Tim Cook to request that Apple correct her country’s borders in its Apple Maps.

Meliza Haradinaj posted in her Twitter page on Sunday. "The Apple Maps service does not show the Republic or Kosovo in its internationally recognized borders. Instead, the Republic of Kosovo is shown as part of Serbia. This is direct contradiction of the political and legal realities. It is felt as a hurt by our citizens who suffered immense loss in our independence struggle. It is also perceived as an insult to our State."

Haradinaj mentioned that other digital service providers like LinkedIn, Twitter, Facebook, Spotify had updated "their platform, menus and options to correctly represent the Republic of Kosovo as a sovereign and independent state."

The minister lastly noted that "I respectfully ask that Apple Inc., as a powerful organization driven by values, take immediate steps to align the representation of the Republic of Kosovo with the political, historical and legal realities. I assure you that the Ministry of Foreign Affairs of the Republic of Kosovo is ready to work closely with you on this matter." The rest of the letter could be read in the Tweet below.

While the United Nations is split on the issue  of Kosovo is 50%-50%, the EU (87%) and NATO  (60%) are behind Kosovo being recognized. Yet once again we find that "The Russian Federation has rejected the declaration [of Kosovo] and considers it illegal," according to Wikipedia.

So is it Russia that is once again pressuring Apple to not recognize Kosovo's borders? Russia has learned that it's easy to bend Apple's position on Maps, especially if China entered into the picture. At this point in time, however, we haven't heard from Apple on this to clarify their official position. Stay tuned as Apple may be forced to take a position, especially if the question is posed during their fiscal Q3 Conference Call later this week.

Below are images from Apple Maps (left) and Google Maps (right) with a simple iPhone search for Kosovo. As you could see below, Google has a boarder outline with "Kosovo" listed within the orange block that we've added as a highlight.

On Apple Maps, there is a boarder recognized but not listed as "Kosovo." Instead Apple lists a number: 42.625149,21.085081. I looked up  countries.csv  with longitude and latitude coordinates but didn't find a match to Kosovo's numbers. If someone understands Apple's number, email us at pafeedback@shaw.ca 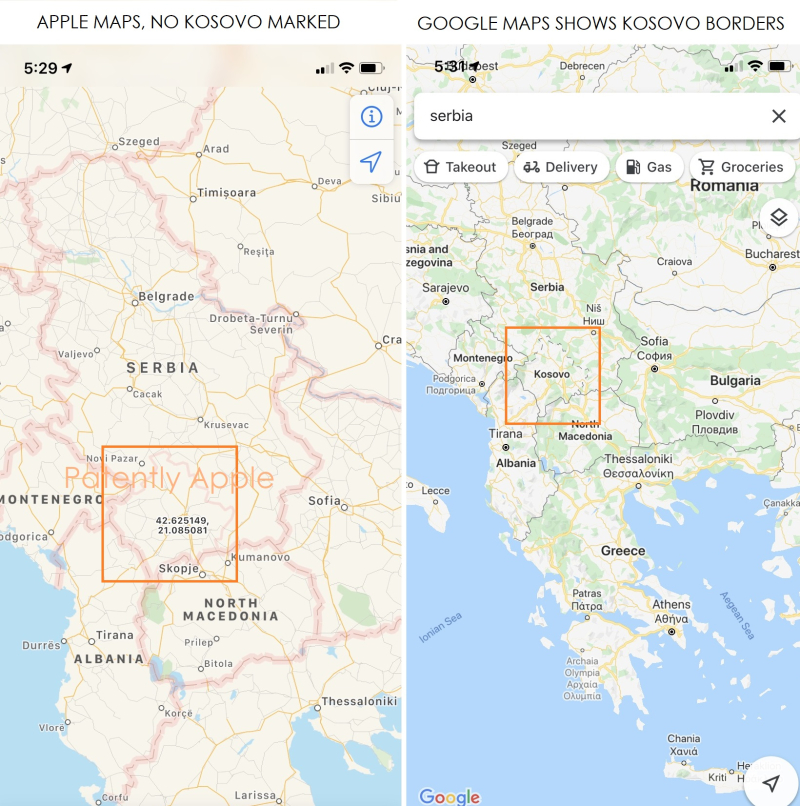 Visit the Wikipedia page to learn more about the politics at play.