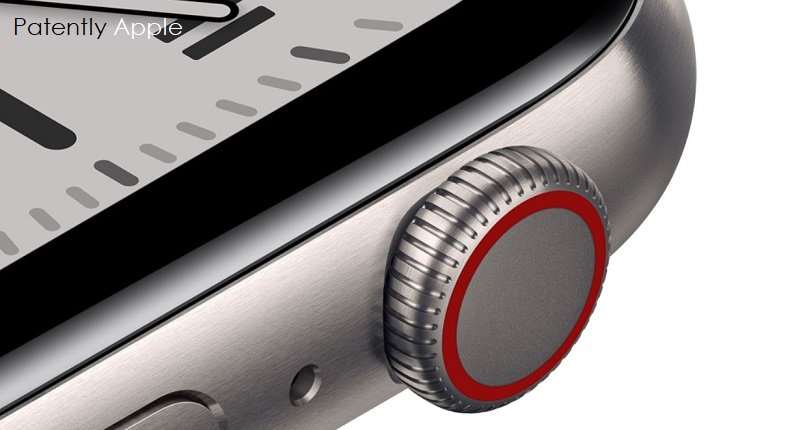 This week Apple was issued a certificate of registration by the U.S. Patent and Trademark Office for 'AirPods Pro." Secondly, Apple updated their Apple Watch 'Digital Crown' trademark with an addition needed for the Series 5 and beyond. 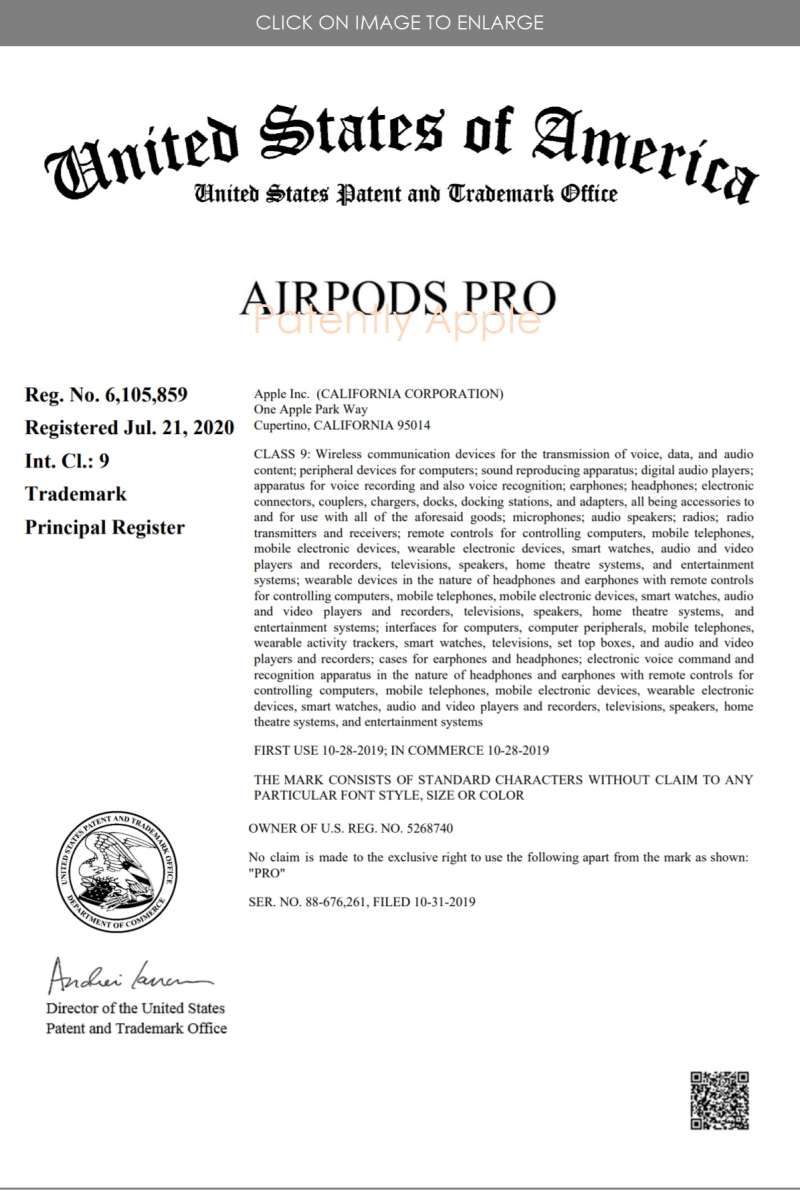 Apple filed an update to their Apple Watch trademark, specifically for its "Digital Crown." Although you could see that Apple filed it under serial number 90054621, you can't find the update that they've made on the actual filing nor in it's International Class verbiage. The actual update is only seen by the supplement that Apple provided in the form of a "Specimen," as presented further below. 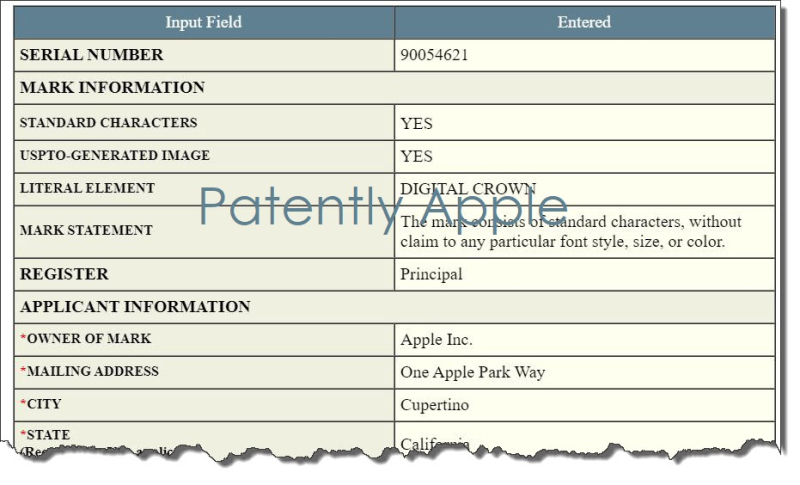 The update discovered below can only be found in Apple's supplied "Specimen."  Below you'll see that Apple highlighted "Digital Crown with Haptic Feedback" with an arrow. That tiny change warranted the update so that it's legally protected. 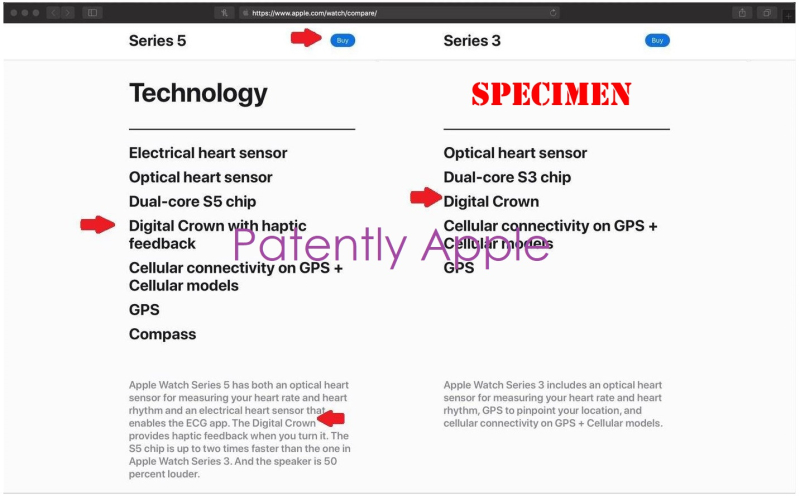