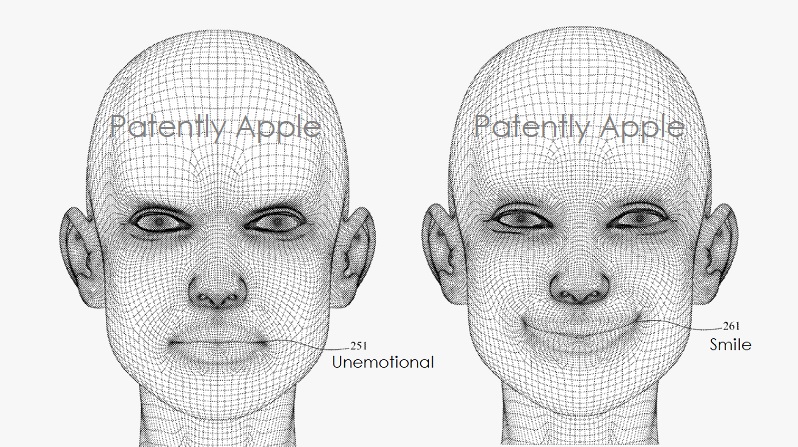 The U.S. Patent and Trademark Office officially published a series of 50 newly granted patents for Apple Inc. today. In this particular report we cover one of Apple's original patents covering the creation of both Animoji and Memoji and the interface for their creation. One of the known inventors listed on this patent is Guillaume P. Barlier who came to Apple after the acquisition of Faceshift in late 2015. The patent may have originated with Faceshift with Apple later tweaking it.

Apple's granted patent 10,719,969 covers Various customization options are provided for customizing a 3D avatar of a head. Features of the head and assets corresponding to the features can be customized using blend shapes. An amount of storage for the plurality of blend shapes is minimized by determining overlapping blend shapes that can be reused for a plurality of different assets. Further, techniques are provided for dynamic changes to an avatar in accordance with selected features and assets.

In the examples described, the avatar is of a three-dimensional head. However, aspects of the embodiments can be applied to avatars which are not limited to a head. A 3D avatar can provide a more realistic representation of a person or animal. Throughout the specification, the 3D avatar may also be referred to as the head of the avatar or the 3D head. The 3D avatar can also be known as a 3D emoji or 3D animated emoji. Motion capture from an imaging device can be used to create the animation.

Apple's FIGS. 2A-2B below and 2C-2D above illustrate a mesh of a 3D avatar's head; FIGS. 11A-11D illustrate overlapping blend shapes of mouths; FIGS. 12A-12E illustrate corrective values of eyes; and FIGS. 13A and 13B illustrate model swapping. 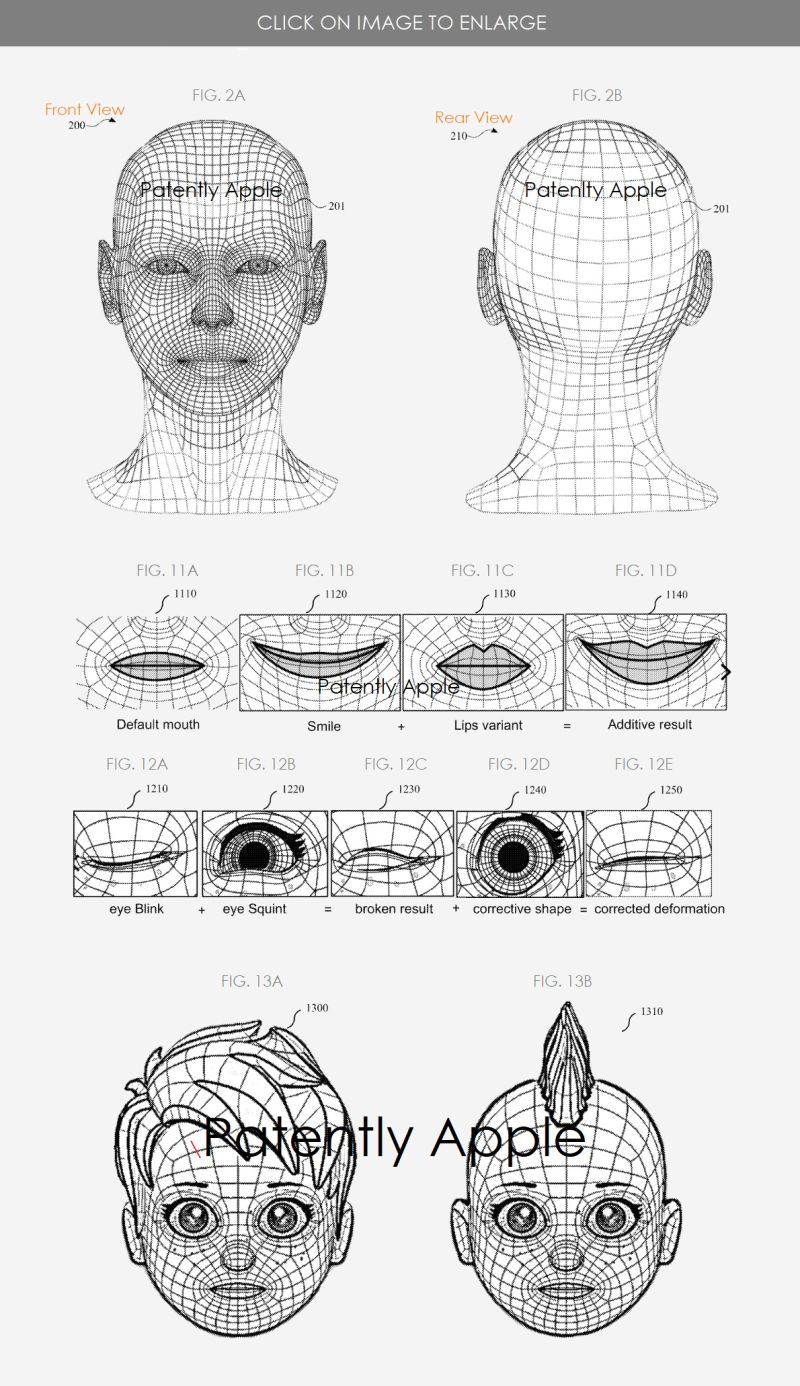 A few other Animoji and Memoji patent reports that we've posted in the past include the following: 01, 02 & 03. For more details on today's granted patent click here.