Apple to provide all employees 4 hours of paid time off for Voting in November, which is simply doubling what California Law Demands

Not that Apple ever needed any prodding, as Silicon Valley's big tech players are vowing to make sure that President Trump is a one-term President.

Today Bloomberg confirms that Apple has told U.S. employees will get up to fours off with pay to vote and volunteer at a a polling station. This applies to hourly workers including retail. The memo came from Deirdre O’Brien, Apple’s senior vice president of retail and people and seen by Bloomberg.

In Canada all employers must give all employees 3 hours for voting by law. Better yet, the two weekends prior to the official voting day, the public is able to cast advance ballots, though the rules differ per Canadian province.

In Israel most employees get the day off for voting and they have 75-80% of the population vote. In the U.S. it's about 55% according to list presented further below.

In the U.S. there are actually 13 states that offer paid time off. Most offer two hours paid time off for voting. Three states offer three hours of paid time off. The rules differ in these 13 states and you could review the full list here.

In California, the law is two hours paid time off for voting either 2-hours. Though more specifically, it has to be either 2-hours prior to or towards the end of a shift. Based on that data, Apple is technically only providing their employees with an extra two hours over over what the law demands.

In another study covered by CNBC in February 2020 found that 44% of employers were going to give their employees paid time off for voting for voting this November.

Below is a chart showing the percentage of the population actually voting. In the last election (2016), it appears that 50%-55% of the population voted in the U.S.. Getting the vote higher is in everyone's interest - especially for this election. 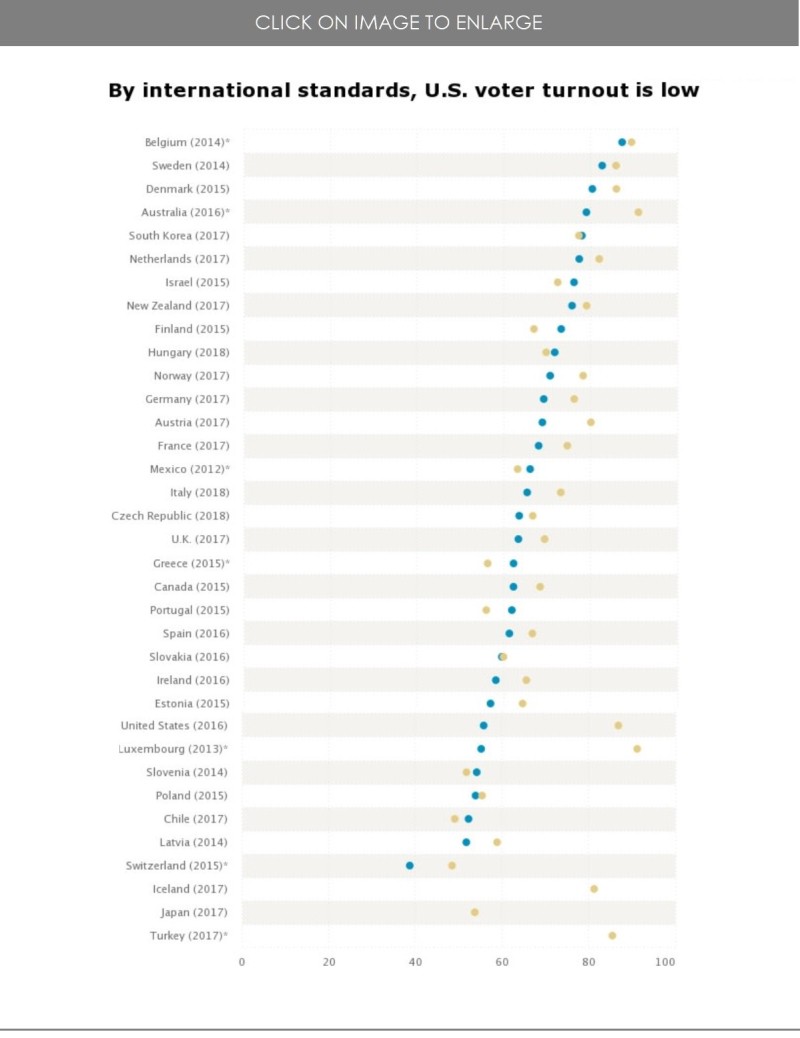