Our first patent report of the day was titled "Apple Patent reveals Future HMD with Physiological Sensors built-in to Monitor Facial Comfort, Heart Rate, Brain Activity and more." In a second patent application made public today by the U.S. Patent Office Apple focuses more on the mechanics of the fit and stability of this future headset sitting on a user's face.

The lateral stabilizers may be selectively operated upon sensing a movement condition of the display unit. The display unit and the facial interface are cooperatively configured block environmental light from eyes of the user. 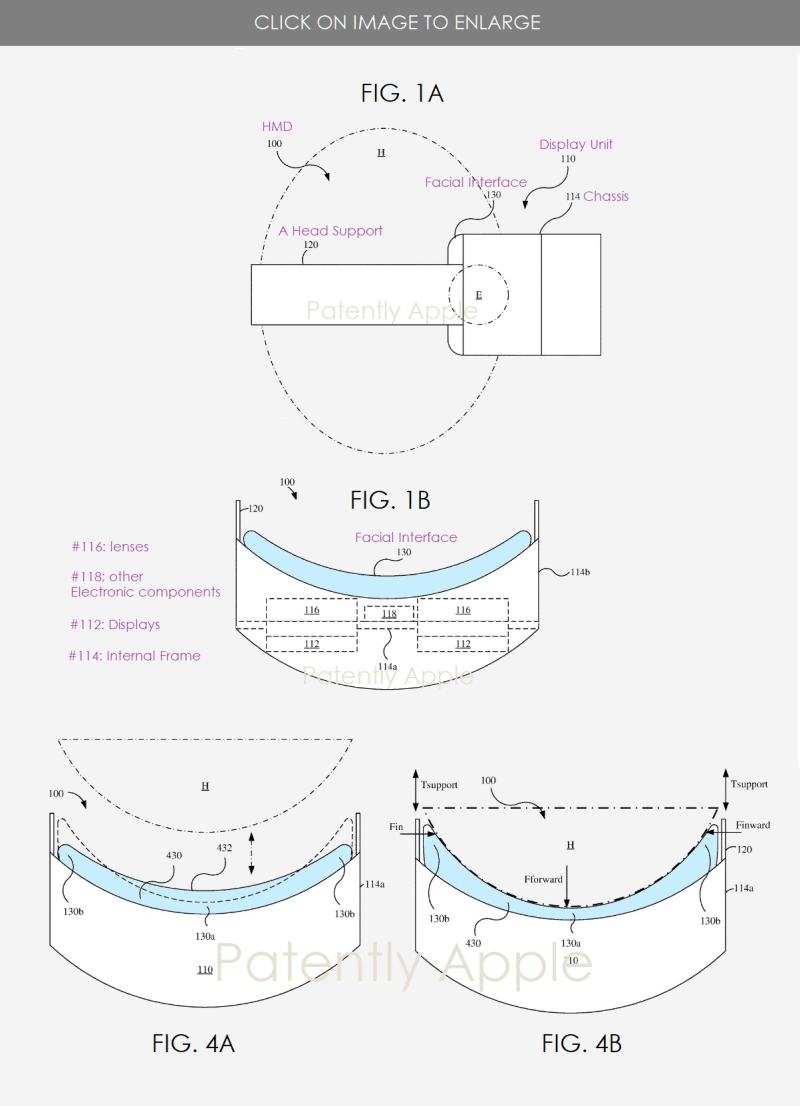 Further, the facial interface #430 may include an outer cover #432. The outer cover engages the face of the user and may also cover underlying mechanisms (e.g., force distributors) that transfer force and movement. 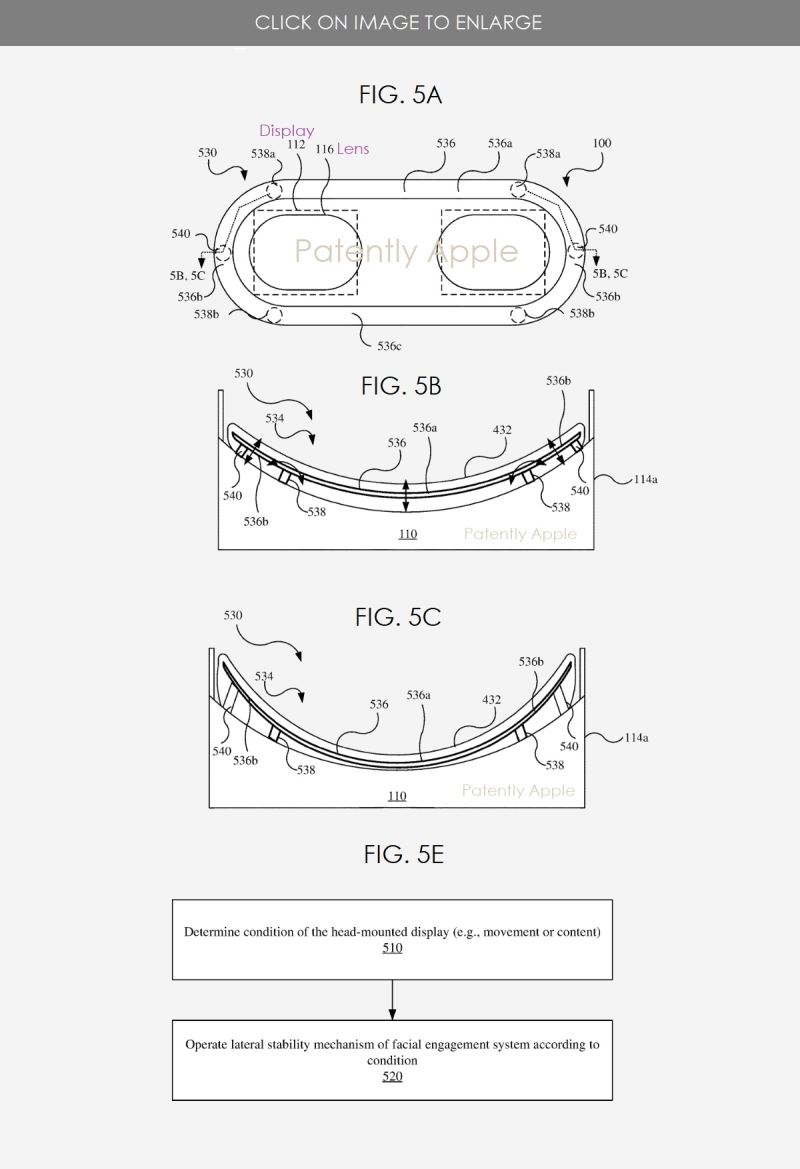