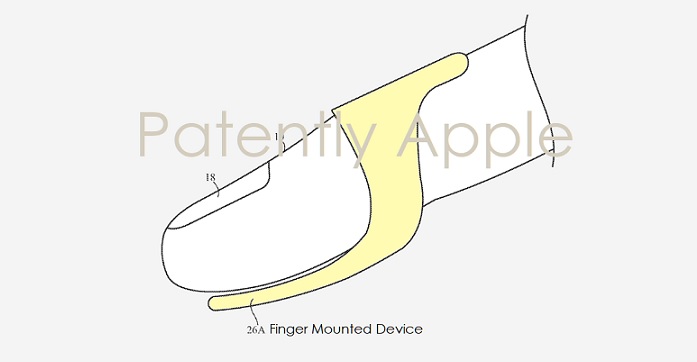 The U.S. Patent and Trademark Office officially published a series of 64 newly granted patents for Apple Inc. today. In this particular report we cover Apple's patent for unique finger-mounted devices that will make typing on a full-size keyboard feel natural, even though you might look weird wearing devices on all fingers. Then again, Apple notes that the finger devices could be built inside of a glove so as not to be seen.

Lenovo is one company that is continually working on the Yoga notebook with a virtual keyboard as presented below. The advantage being that the virtual keyboard area could transform into a drawing pad or gaming navigation pad or like a book with dual pages and more.

The electronic device may also have an array of components that repel the finger-mounted device and/or the finger in response to detection of the motion of the finger towards the input surface. These components may produce repulsive force using electrostatics, magnetic repulsion or attraction, ultrasonic output, and mechanical output. The components may, as an example, include an array of electromagnetics overlapping the input surface that magnetically repel a component such as a permanent magnet in the finger-mounted device. 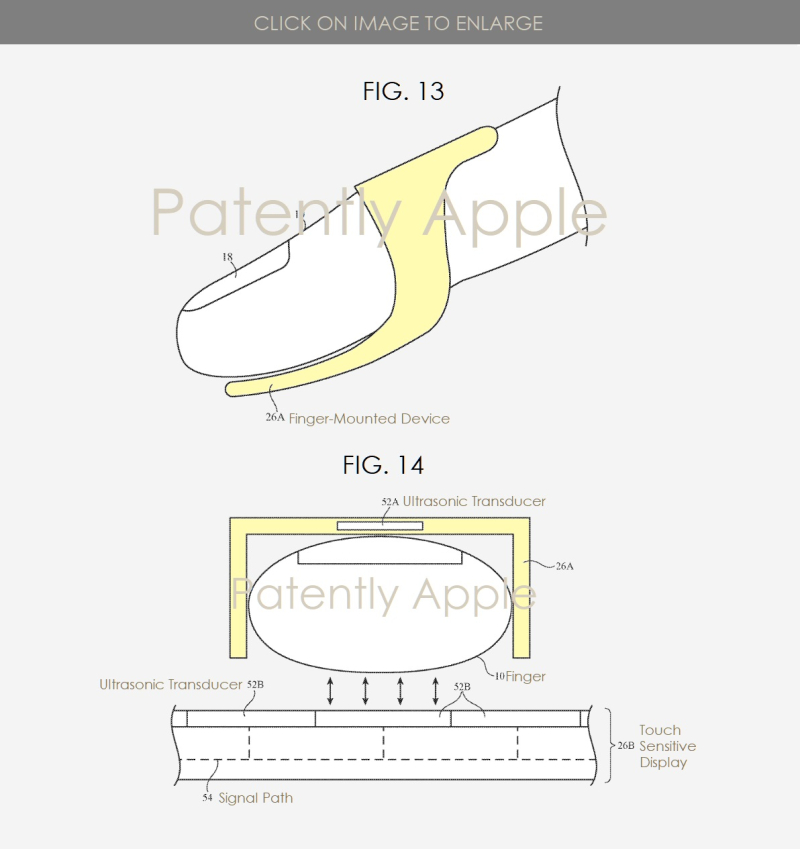 Apple's granted patent was originally filed in Q3 2018 and published today by the US Patent and Trademark Office.