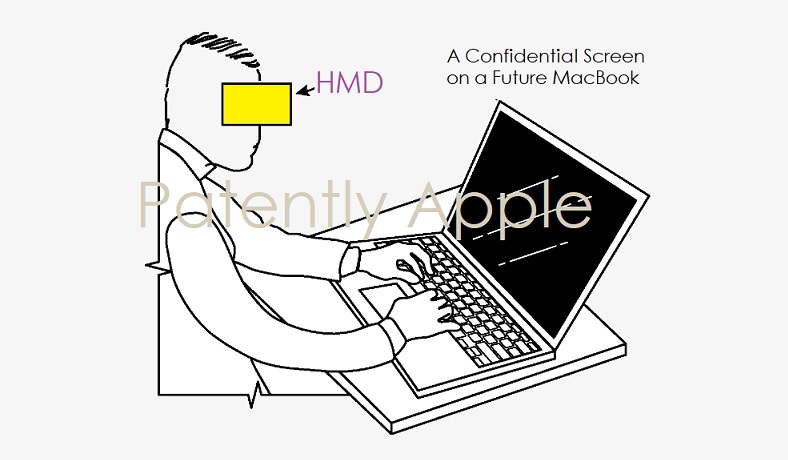 means so that content could only be seen by the user, locking out others trying pry on your content. In fact Apple was recently granted a patent for adjustable privacy display modes. But even Apple admits it was far from being a perfect solution. Today the US Patent & Trademark Office published a patent application from Apple that illustrates the ultimate privacy mode. The key is using future Apple glasses or its Head Mounted Device as presented in our cover graphic.

What's great about Apple is that they think holistically. While most headset makers limit their software to games and perhaps playing movie content, Apple thinks about how future Head Mounted Displays or Glasses will work in future autonomous vehicles, in AR applications and how it could be applied to students and office workers so that they can work in privacy mode to protect the private documents, notes and schematics that they're working on.

Apple has designed a system that will allow a user wearing future Apple glasses or a Head Mounted Device to work on a MacBook, iPad or even an iPhone in private mode. The system can be set so that whatever is on the screen that you're working on is actually blank to outsiders but seen perfectly in the AR devices.

In respect to patent FIG. 4 below, Apple notes that the display of the external device can only be viewed by the user (such as in the case of a personal headset worn by the user), this feature provides privacy by allowing the user to operate a MacBook while preventing other people from viewing the content on screen (e.g., e-mails, documents, applications, etc.). 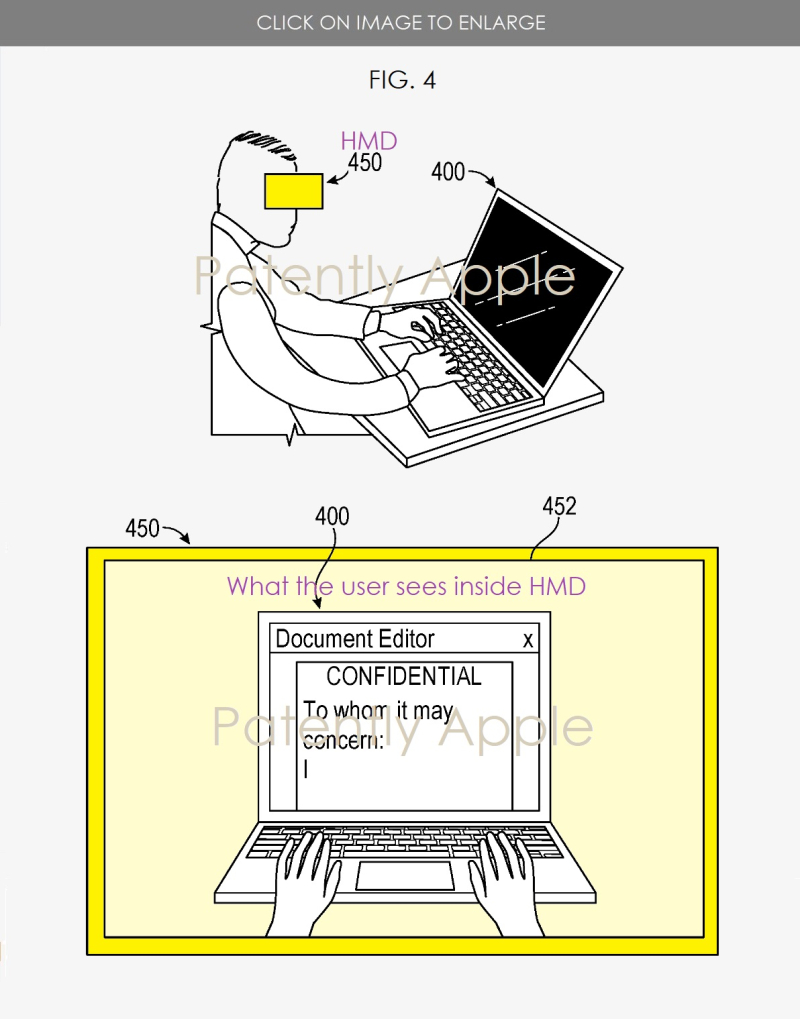 In patent FIGS 3B and 3B,  external device 300 is a head mounted system (e.g., a head-mounted device that allows the user to see a physical view of what's on device 200 (which could be an iPhone or iPad device) through (at least partially) transparent displays in combination with virtual object(s) (e.g., GUI screen) displayed by the head mounted system. 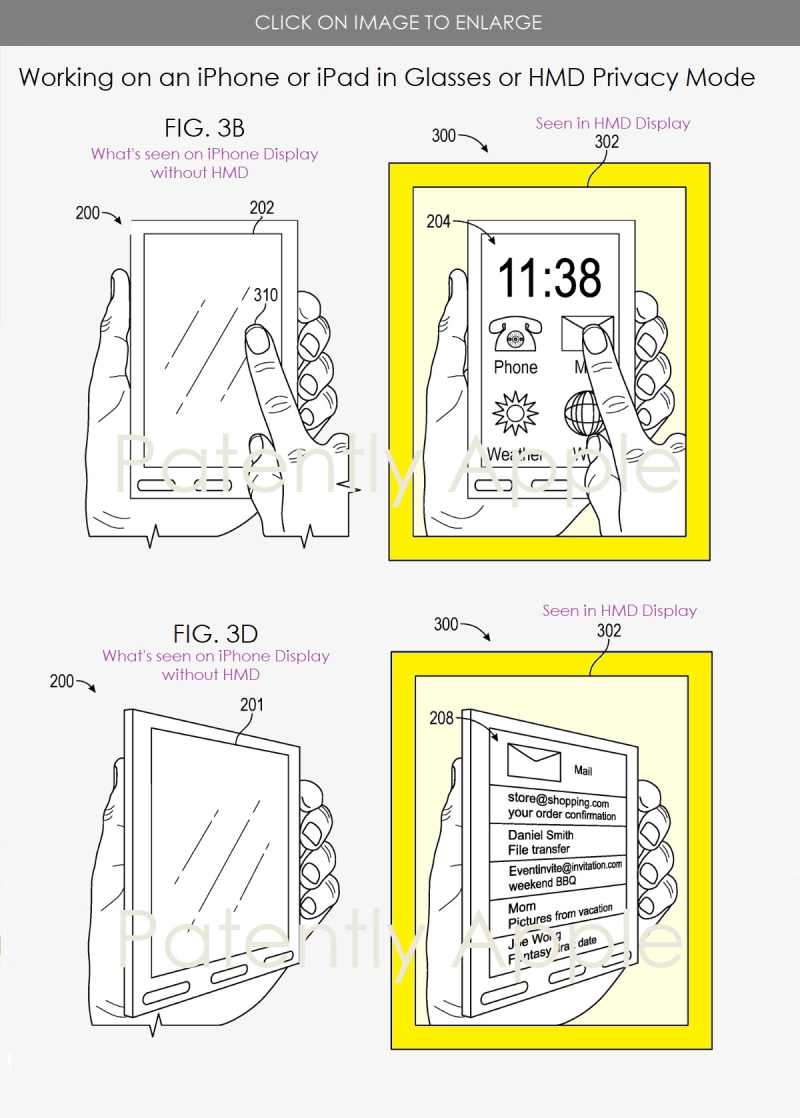