Apple has been sued by a company claiming that AirPods Pro, HomePod & Headsets by Beats infringe on their Patents 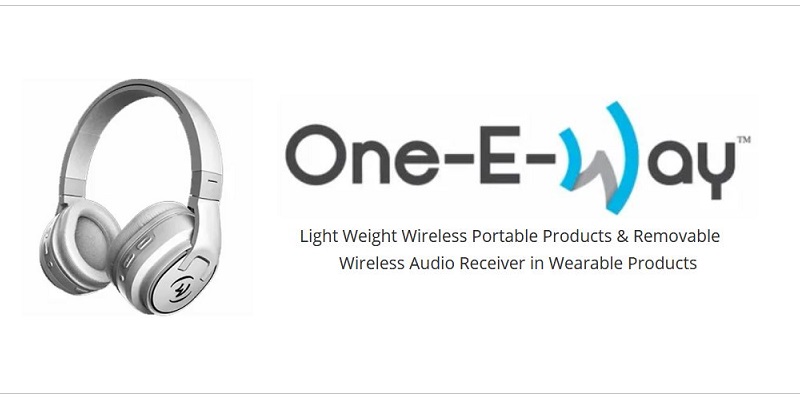 Apple has been sued by One-E-Way for allegedly infringing two of their patents. More specifically, the company claims that Apple's audio products ranging from AirPods to AirPods Pro to HomePod to Beats headphones infringe on their patents. They also claim that in 2014 Apple had said to them that they were considering to license their technology. However, the lawsuit filed in Los Angeles, provided no evidence of that incident actually taking place by way of hard evidence in the form of a memo or email from Apple indicating such.

The two patents that Apple is accused of infringing include 10,468,047 and 8,131,391 which are both titled "Wireless digital audio music system." One of the patent figures from the '047 patent is presented below. 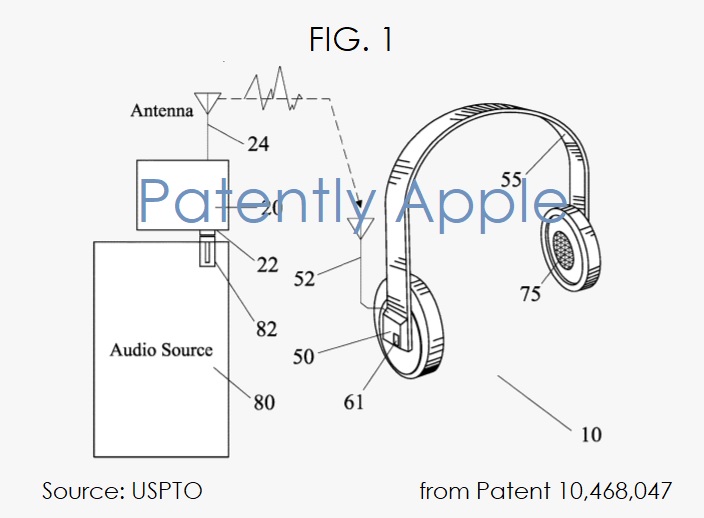 In their 'Statement of Facts" presented to the court on July 16 they stated the following in-part: "One-E-Way is a minority-owned small business founded in Pasadena, California, by C. Earl Woolfork, the named inventor on the patents. Mr.  Woolfork obtained and assigned to One-E-Way the Asserted Patents.

The inventions address several problems, including reducing interference so that each wireless user can enjoy high quality private listening, even in the proximity of other such wireless users.  The common specification of the Asserted Patents explains the use of code division multiple access technology (CDMA) with unique coding to provide private listening despite other wireless audio systems operating nearby in the same frequency band. The patented inventions address interference from other device transmissions in the wireless audio spectrum by using, for example, differential phase shift keying and processing for reduction of intersymbol interference.    Techniques in the patented inventions for achieving private listening and for addressing interference are, among other techniques and for example, used by devices compliant with the Bluetooth wireless communication standard, from version 2.0 and all subsequent versions up through and including the current version, version 5.2.

In its November 2014 letter responding to One-E-Way, Apple represented that "Apple acquired Beats Electronics earlier this year," and acknowledged Apple’s "investigation" and "careful review of the ’258 and ’391 patents" for the purpose of Beats or Apple potentially licensing One-E-Way’s patents.

Later the Plaintiff noted that "Upon information and belief, Defendant Apple knew and intended that their activities, including providing instructions to users of the Apple and Beats Accused Products to pair those products with a Bluetooth transmitter, would cause direct infringement."

The company's "About Us" page lists all the patents that they are in possession of. To make the prime message of their company about the patents  that they possess could suggest that the company is a clever patent troll out to look like a viable commercial audio company.

The company or patent troll even created the infomercial below. Patently Apple could not find a single major distributor for their audio products. It would also appear that the video was made to be used in a future lawsuit to sway jurors that they're a major headset company. However, the video, as of this morning, only had 173 views since April 2018. How serious an ad could this have been? 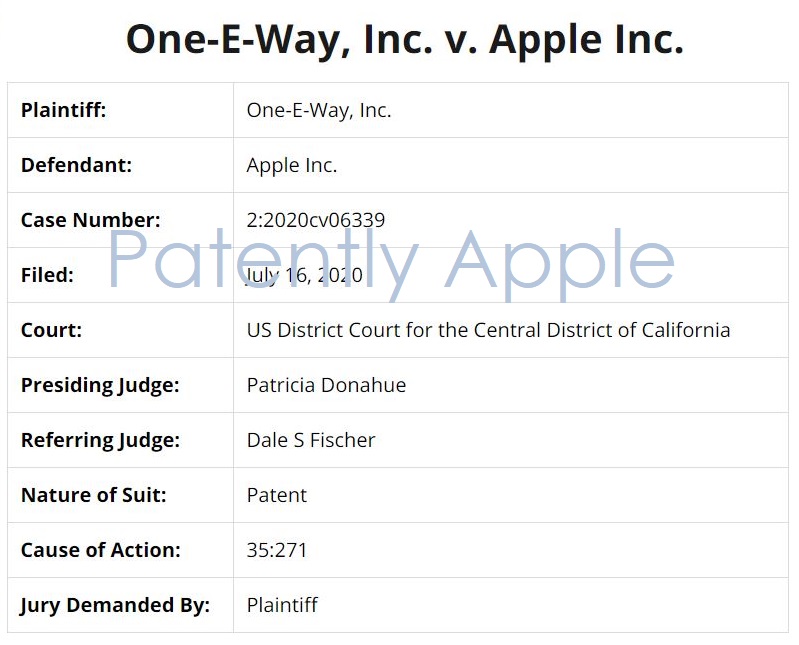