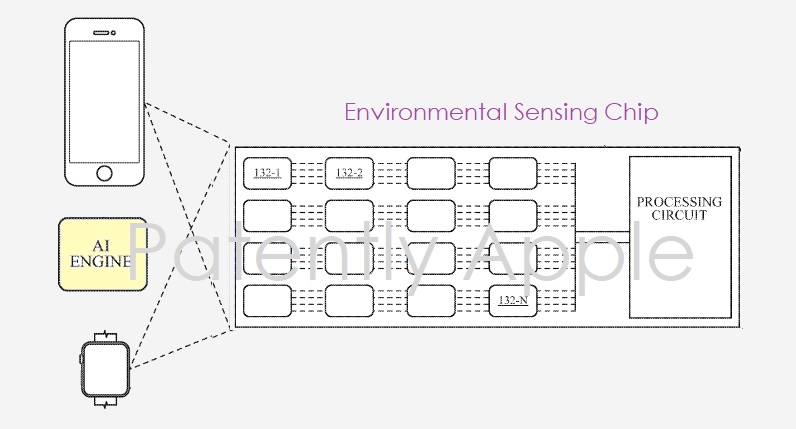 In early 2019 Patently Apple posted a report titled "Apple granted their Fifth Patent on Integrating Gas and other Environmental Sensors into Future iDevices and Macs." Yesterday Apple was granted their sixth patent relating to systems and methods for environment sensing by the U.S. Patent and Trademark Office. In this latest patent Apple is shown to introduce an Artificial Intelligence (AI) engine to enhance smell recognition capabilities of the device.

The subject technology can be implemented as a stand-alone device or can be integrated with a portable communication device such as a smart phone (iPhone) or a smart watch (Apple Watch – collectively referred to as iDevices). Integration of environmental sensors with consumer electronic platforms is valuable as it could enable new features such as environmental and health monitoring and other various features.

In some implementations, an iDevice may include one or more sensors, a number of electrodes and a processing circuit. The processing circuit can apply a bias supply voltage (e.g., a DC voltage) and an AC voltage (e.g., a time-varying voltage having a periodic waveform such as a sinusoidal or a square waveform) to the pair of electrodes and can process output signals from the sensors. The sensors can be ionic liquid sensors tuned for sensing a smell associated with one or more chemical species.

In some implementations, the ionic liquid sensors are contained in enclosures formed by micro electro-mechanical system (MEMS) structural elements and a surface of a semiconductor chip that includes the processing circuit. 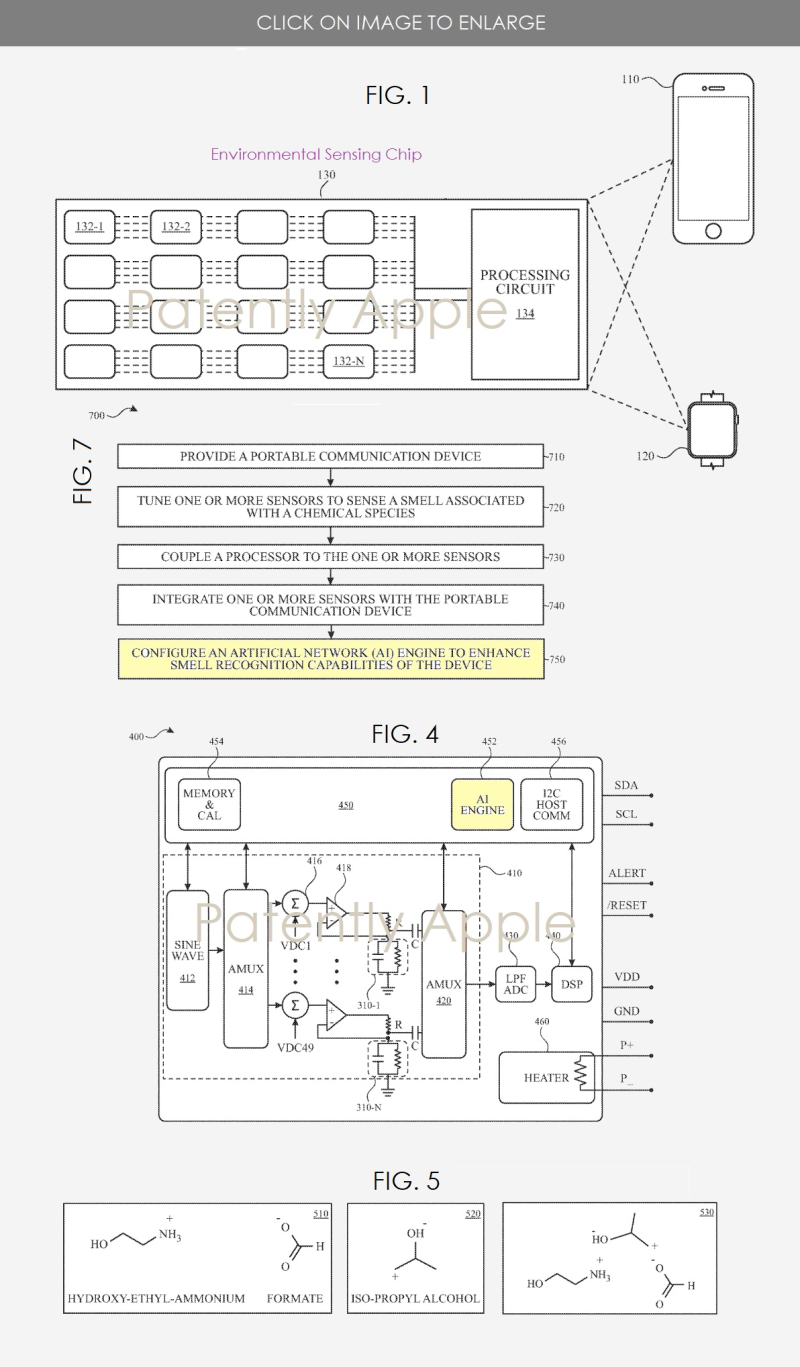 Apple's granted patent 10,724,978 was originally filed in Q3 2018 and published yesterday by the US Patent and Trademark Office.