Home Archives Contact Us Subscribe Twitter MeWe Facebook Patently Mobile
Apple Provides more Details about the Cosmetic Integration of Displays and Light-Based Controls in Future Vehicles
Samsung is to Introduce Blood Pressure monitoring on the Galaxy Watch to get ahead of Apple Watch, and Microsoft may be next 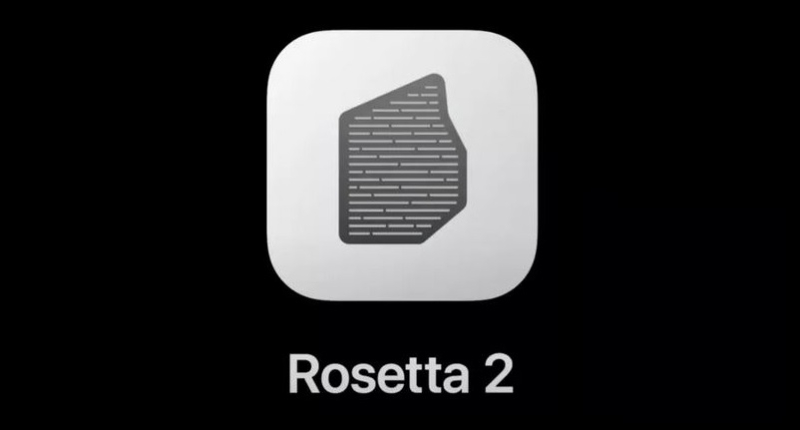 On the morning prior to WWDC20 commencing, Patently Apple posted a report titled "A Trademark Filing for 'Apple Rosetta' was recently made by Apple in Japan for 'Translation Software' likely Aimed for ARM based Macs." Apple in fact introduced "Rosetta 2" later that day during the WWDC20 Keynote. This week Apple filed three distinct trademarks applications for which "Rosetta" was one of them. Apple can't trademark a numeric value such as "2", so they simply kept it to the basics of "Rosetta."

As noted in our jumbo graphic below, Apple filed trademark applications this week for Rosetta, iPhone SE and an image with no link as to what app it refers to. 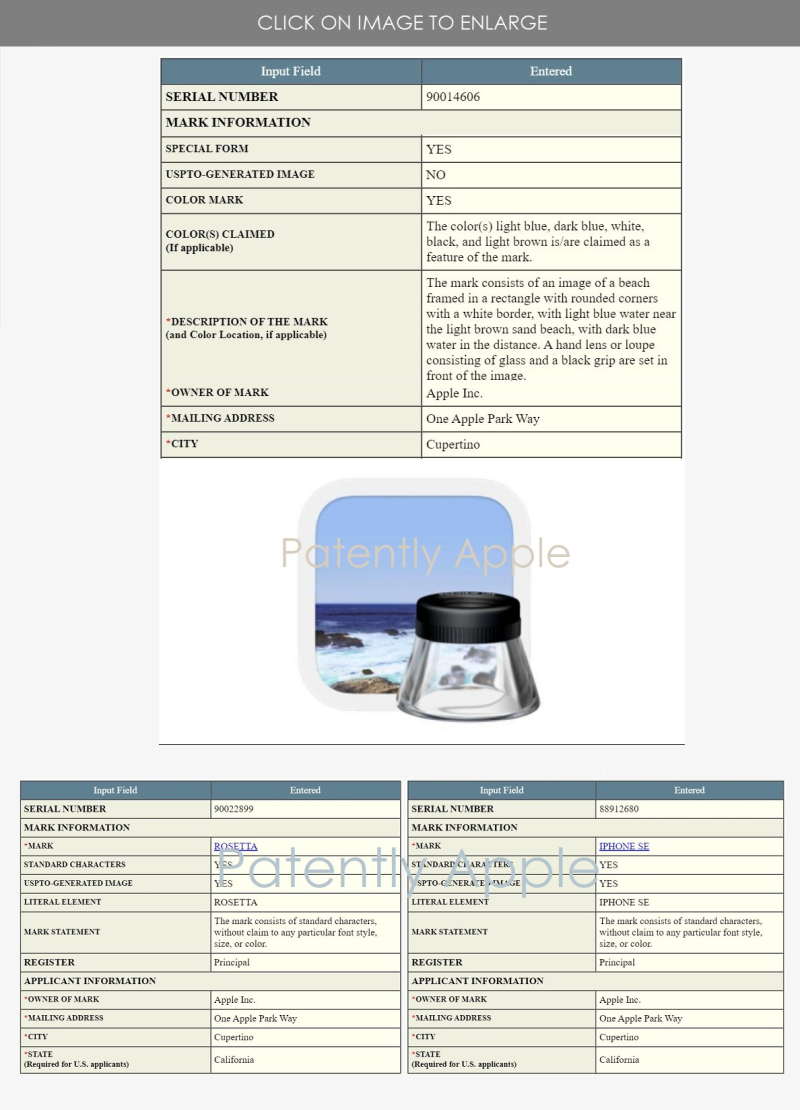 Earlier today India's Zee Media news posted a report about a fake Apple patent for a MacBook with 5 displays. The report stated that Apple "labeled this technology as "Dynamic Display Interface" that indicates the 4 smaller displays along with a main one."

The report further noted that "The current MacBook Pro has one main display and a Touch Bar, but it looks like the iPhone maker wants to possibly add another three more screens.

Based on the patent's illustrations, these displays then take up roles similar to how Apple tries to use the Touch Bar on its current MacBooks. In the patent, it is mentioned that the base part of the laptop consists of a keyboard and light-transmitting cover."

There was no patent filed this week under that title in the U.S. or Europe. The title was entered into Justia's historical database for Patents and no such title for Apple was filed in the U.S., ever. The article didn't provide anything to prove the patent was  officially from Apple.

While they mentioned "Based on the patent's illustrations," they didn't provide us with said images to see if the images resemble Apple patent figures.

Unless the media company can prove it's an Apple patent, this is simply fake patent news. Patently Apple was unable to reach the media company by email to discuss the issue. It's very possible that they mistakenly found a patent with such patent figures that wasn't originating from Apple Inc.