Today Apple's homepage is dedicated to Rep. John Lewis with the photo presented below. Mr. Lewis passed away on Friday after battling pancreatic cancer. 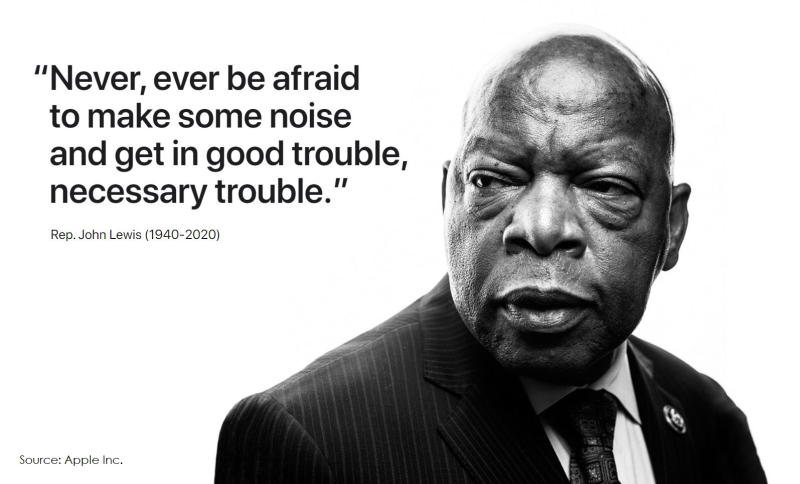 The New York Times posted a report today wherein they wrote: "Representative John Lewis, a son of sharecroppers and an apostle of nonviolence who was bloodied at Selma and across the Jim Crow South in the historic struggle for racial equality, and who then carried a mantle of moral authority into Congress, died on Friday. He was 80.

Mr. Lewis, a Georgia Democrat, announced on Dec. 29 that he had Stage 4 pancreatic cancer and vowed to fight it with the same passion with which he had battled racial injustice. "I have been in some kind of fight — for freedom, equality, basic human rights — for nearly my entire life," he said. 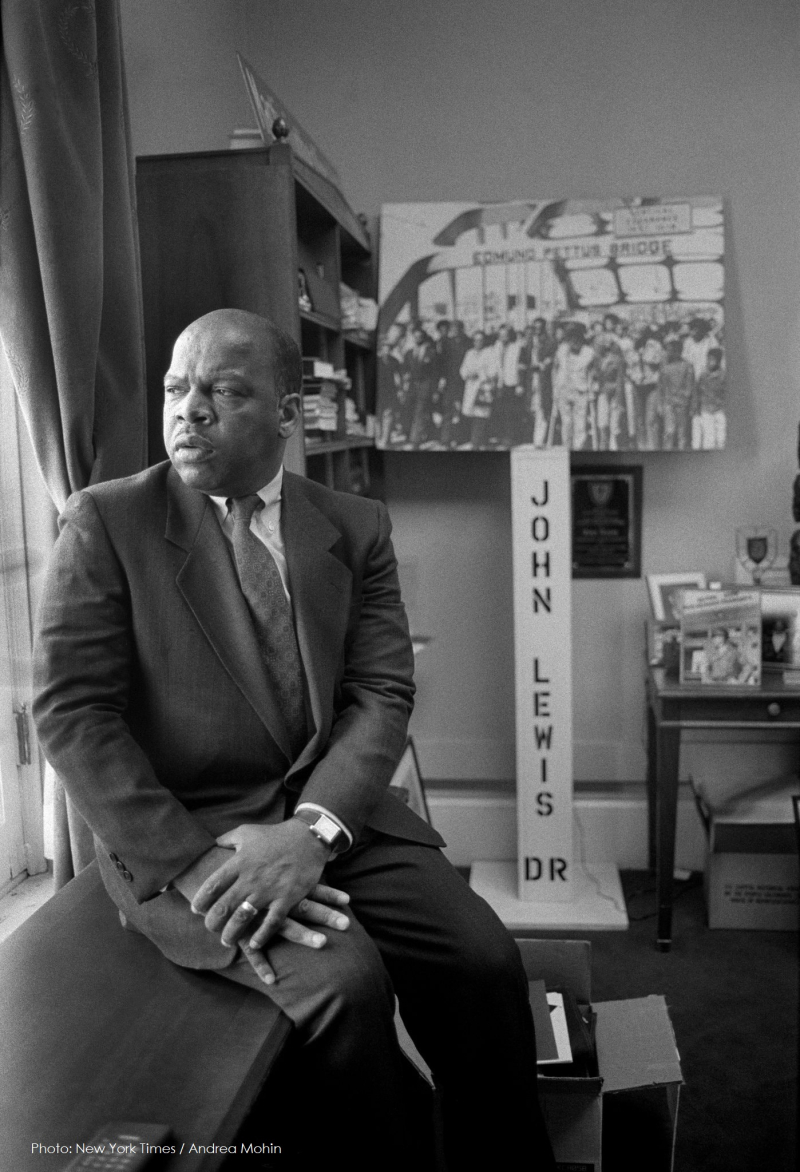 On the front lines of the bloody campaign to end Jim Crow laws, with blows to his body and a fractured skull to prove it, Mr. Lewis was a valiant stalwart of the civil rights movement and the last surviving speaker from the March on Washington for Jobs and Freedom in 1963.

Mr. Lewis’s personal history paralleled that of the civil rights movement. He was among the original 13 Freedom Riders, the Black and white activists who challenged segregated interstate travel in the South in 1961. 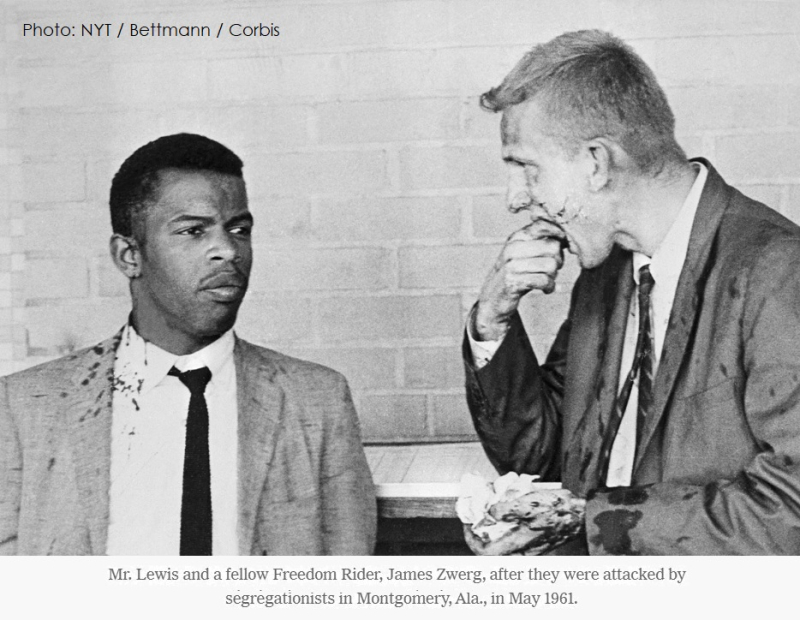 For more on this, read the full New York Times report published today. You could read more about Mr. Lewis on this Wiki page.

Although the Black Lives Movement of today markets themselves as non-violent, actions on the streets as seen on TV over the summer have proved otherwise. No one respects out of control violent protests, defacing of property and denouncing the U.S.A. On June 24, Greater New York Black Lives Matter president Hawk Newsome stated:  "if this country doesn't give us what we want, then we will burn down this system and replace it. Black Lives Matter is a Muslim based group.

In deep contrast, Mr. John Lewis and Martin Luther King both had a moral compass, were Christians with conviction and courage to do the right thing by delivering their message through non-violent means.  Rest in Peace Mr. Lewis.