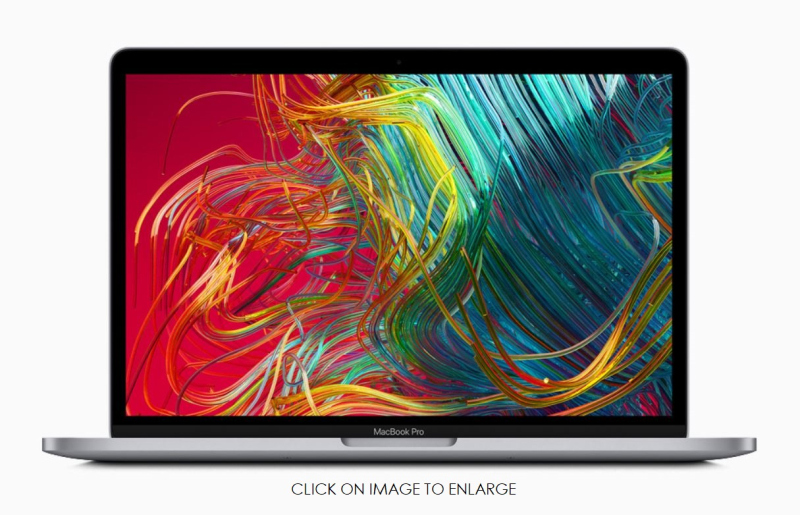 As restrictions around the world tightened in the first few weeks of the quarter, demand for notebooks continued to grow to maintain continuity of business and schooling for many communities. That demand translated to global shipments growing 11.2% year over year reaching a total of 72.3 million units.

Jitesh Ubrani research manager for IDC's Mobile Device Trackers: "The strong demand driven by work-from-home as well as e-learning needs has surpassed previous expectations and has once again put the PC at the center of consumers' tech portfolio. What remains to be seen, however, is if this demand and high level of usage continues during a recession and into the post-COVID world since budgets are shrinking while schools and workplaces reopen."

In the U.S., traditional PC shipments posted double-digit growth in the second quarter of 2020 compared to the same period a year ago. While the first quarter was record breaking for the lowest PC shipments seen in over a decade, the second quarter was record breaking for the opposite reason. With volumes expected to surpass 21 million units, the US has not seen such volume since the end of 2009. Inventory replenishment and record demand from stay-at-home orders can be attributed what is expected to be another record-breaking quarter.

IDC's Worldwide PC shipments chart below for Q2 2020 shows Apple's growth year over year was 36%, more than double PC Leader HP with 17.7% growth. Apple launched their 13" MacBook Pro in early May giving it time in the quarter to register strong growth. There's no doubt that the COVID-19 lockdowns for students and professionals handed Apple their big win. 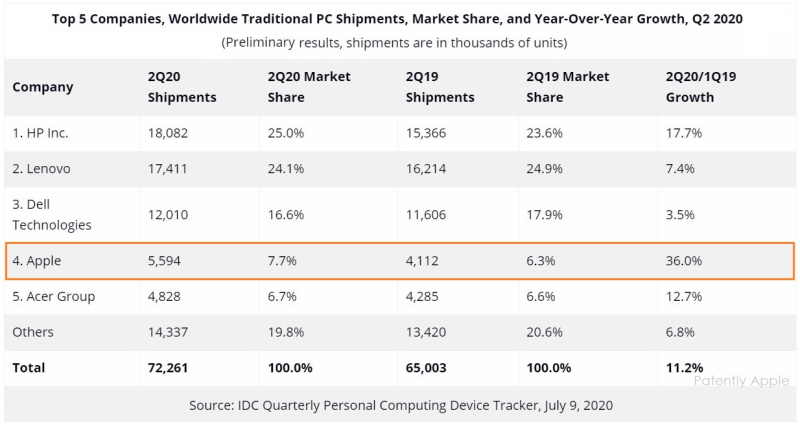 Apple's PC shipments could very well continue their winning streak in the second half of the year due to Democrat controlled cities and States being hellbent on keeping kids out of school.  That could trigger another round of Mac upgrades.

Not to spoil the party, but Gartner published their PC statistical report late today and for Q2, they reported Apple's growth at a meager 5%.