While Major Industry Players are lining up to Enter the AR Glasses Race, Bose pulls the Plug on their Project 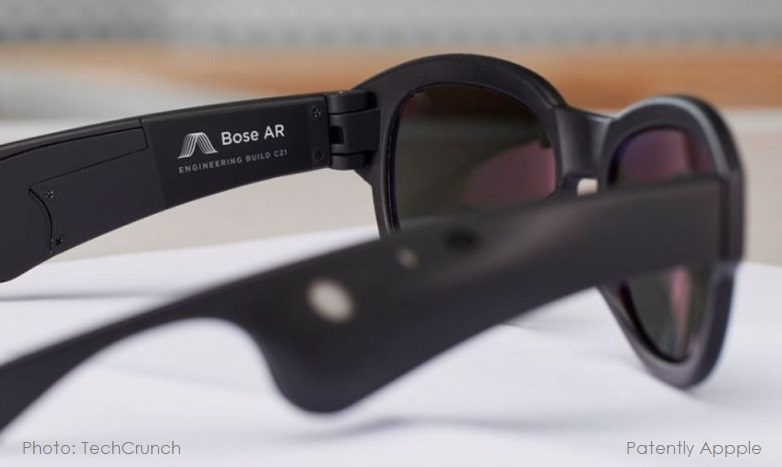 With Apple patents coming public weekly on the topic of smartglasses and future HMDs and Facebook going full tilt in a race to be first and best at smartglasses to make up for missing the smartphone hardware era, Bose has decided to bow out of the race. Few even knew that they were even in the race to begin with.

According to a report by 'Protocol' published yesterday, Bose has become the latest company to throw in the towel on immersive computing, shutting down its ambitious Bose AR smartglasses program. A Bose spokesperson told Protocol that "Bose AR didn't become what we envisioned. Key Bose AR employees have left the company, and partners have been informed that their apps will stop working in the coming weeks. Below is quick video about what the Bose AR was to be.

The company first began selling dedicated glasses with integrated AR capabilities in early 2019 and also integrated Bose AR into some of its headphone models. Bose AR devices connected to phones via Bluetooth to gather location data and made use of dedicated sensors integrated into the headsets to detect head movements and orientation. The report points to partnerships with Disney and a gaming house called Playcrafting.

The decision to end the program comes as the privately held company faces financial turmoil. Earlier this year, Bose announced that it would close all its retail stores in North America, Europe, Australia and Japan in response to mounting pressure from ecommerce. The closures, which affected 119 stores altogether, resulted in hundreds of layoffs. Read more about this story at Protocol.