What to Expect during Monday's WWDC20 Keynote 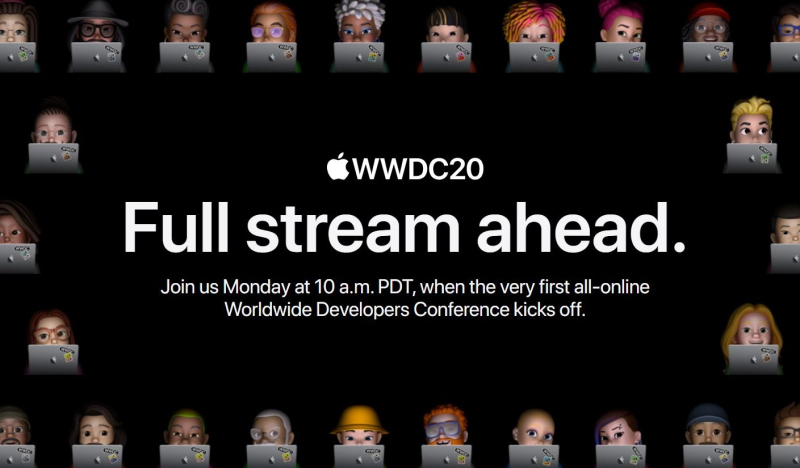 Apple's WWDC keynote is usually one of the year's bright spot events that provides Apple fans around the globe with a peak at some of the exciting new updates and/or products coming to market. This year's big news no doubt will be Apple's shift away from Intel processors that have a disappointment for years. Apple will lay out their vision for ARM based Macs and more. Beyond that blockbuster shift, Apple will introduce a number of interesting things relating to software and hardware. Bloomberg's Mark Gurman walks us through what we could expect to learn about on Monday.

Rumors began to surface in February 2017 that Apple was reportedly working on an ARM based MacBook. We covered it in a report titled "Apple Developing a new ARM chip for MacBooks that will Handle More Low-Power Functionality" based on a Bloomberg report written by Mark Gurman.

Gurman has stayed on the news of this development ever since and he believes that Apple is likely to announce the transition on Monday as the top blockbuster news. "The shift will force developers to update their apps to support the hardware, which could be a lengthy process," though Apple may introduce new tools to make it easier .

Gurman adds that "Besides the major Mac chip transition, look for an update to the macOS operating system that improves porting iOS updates to the computers. Apple also plans to show minor upgrades for the Apple TV set-top box’s software with a new version of the hardware in the works for as soon as later this year, while the Apple Watch is expected to get new faces, a mode for kids and, most notably, a new sleep tracking app."

While Apple acquired Beddit in 2017, the company has been patenting new features like 'smart bedding' including 'smart sheets' and more to monitor vital signs while the user sleeps since 2018. Apple also acquired a patent in 2019 covering the monitoring and managing of chronic medical conditions while sleeping. Patently Apple posted a report in early February 2019 titled "Apple's work with Smart Bedding Systems is ongoing and it may Lead to a Specific Sleep Tracking App for Apple Watch." So while Apple may introduce a sleep tracking app on Monday, it's only the beginning where they may be going in this market segment. Samsung is also planning to enter this market in the not-too-distant future, so the race is on.

Further, Gurman notes that "The company also plans updates to the HomePod speaker, including adding the ability to use third-party music services such as those offered by Spotify Technologies SA. And it is working on a new smaller HomePod for later this year.

For the iPhone and iPad, Apple is expected to announce several new features, including the ability for the iPhone to serve as a car key, a new feature that works like Google Translate, upgraded tools for the developers to build augmented reality apps and updates to the Podcast service.

Apple has also weighed opening up iOS further to third-party apps, letting users change their default mail app and web browser." The latter has probably been something that antitrust bodies have been pressing Apple for some time.

The software updates will set the stage for a range of new hardware devices also launching this year, including a new Apple Watch, four redesigned iPhones, the new HomePod and Apple TV box. The company also plans its first pair of over-ear headphones as well as an accessory for finding physical objects, which will integrate with the new software," reports Gurman.

Lastly,  Apple plans to update their iMac (hopefully a new design) and MacBook Pro. Although it's not going to happen this year, it would be great if Apple's marketing team led by Phil Schiller would consider a new idea for future MacBooks.

In the future I think it would be great to see MacBooks, or at least one new model, launch in the fall with the exact killer color that Apple has chosen for the iPhone. Last year Apple introduced their drop dead gorgeous Midnight Green. This year the killer color is rumored to be Midnight Blue.

It would be really cool to see Apple extend that same killer color to one of their MacBooks launching after the iPhone does in that same year.