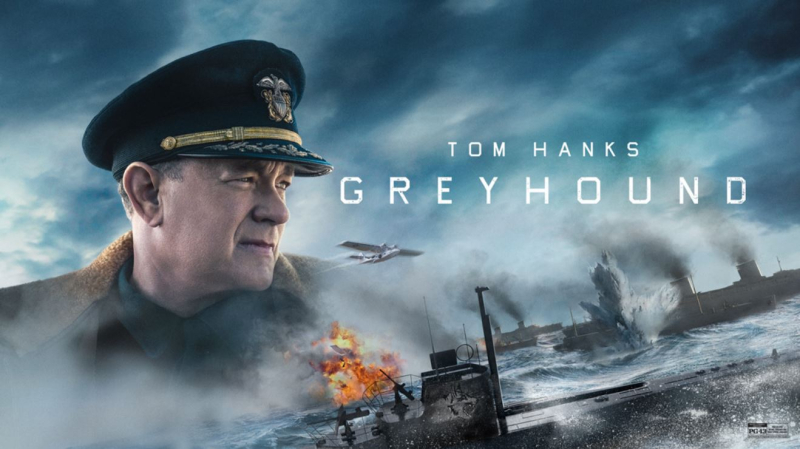 Last month Patently Apple posted a report titled "Due to Social Distancing still in Effect, the Tom Hanks WWII Movie that was set to debut in Theaters will now run on Apple TV+." Today Apple set the date of release on Apple TV+ as July 10th. This is likely to be a great summer popcorn movie not to be missed.

The film stars Tom Hanks that plays a longtime Navy veteran who, as a first-time captain, is tasked with protecting a convoy of 37 ships carrying thousands of soldiers and much-needed supplies across the treacherous waters of the Atlantic during World War II. For five days with no air cover, the captain and his small force of three escort ships must make their way through an area of the ocean known as "the Black Pit," battling Nazi U-boats while protecting their invaluable ships and soldiers.

The film "Greyhound" is inspired by events during the Battle of the Atlantic, which took place in the earliest months of America’s alliance with Great Britain and the Allied Forces. Stephen Graham, Rob Morgan and Elisabeth Shue star alongside Hanks. “Greyhound" was written by Tom Hanks, directed by Aaron Schneider and produced by Gary Goetzman.