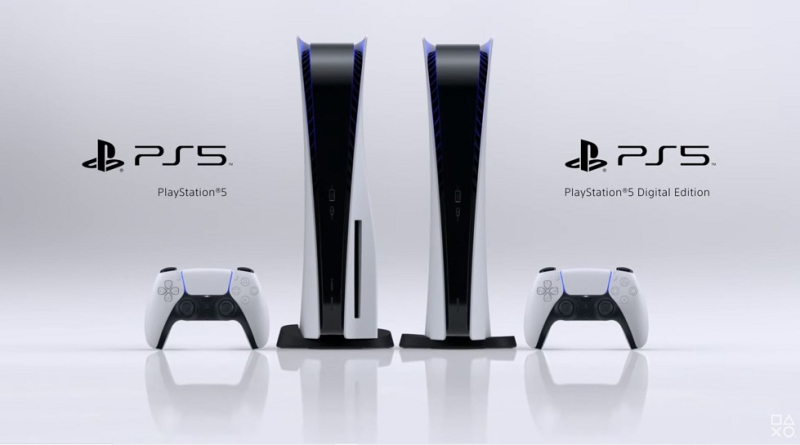 On Tuesday we reported that Sony's  original PS5 Event was delayed until Thursday due to civil unrest in America that began with protests against the murder of George Floyd. Today Sony revealed their new hardware as presented in the video below.

In a livestream event today reaching millions of gaming fans, Sony Interactive Entertainment showed the PS5™ hardware for the first time, with its bold, two-tone design marking a radical departure from previous PlayStation consoles. PS5 will launch in two options: a standard model with an Ultra HD Blu-ray disc drive, and a digital model without a disc drive, offering unprecedented choice at launch to gamers.

Today's livestream also provided fans with a first look at the new games that will define the next generation of gaming on PlayStation 5. Across dozens of titles, most of which are launching as console exclusives or full exclusives on PS5, the world's most talented developers showcased the potential of the hardware, which will unlock rich experiences for gamers, bringing them deeper into extraordinary game worlds than ever before.

"With PlayStation 5, we are making a significant leap to deliver a truly new generation of transformative play experiences that will redefine expectations for what games can be," said Jim Ryan, President and CEO of SIE. "Worlds will be richer and more beautiful, they'll captivate your senses in ways you didn't think possible, and you'll be able to experience them much more seamlessly, with lightning fast loading. Today's showcase is just a glimpse of what's to come in the next generation, and we want to thank our community for taking this journey to PS5's launch with us."

HD Camera: Featuring dual 1080p lenses for gamers to broadcast themselves along with their epic gameplay moments;

Media Remote: A remote control with built-in microphone to navigate movies and streaming services with ease; and

Some of the Games that were Announced for the PS5 Today

Perhaps Sony's new PS5 game console will look better when seeing it in stores this fall.  At first glance, it looks like Sony's design team tried too hard in making the gaming tower "look" futuristic in my view.

Perhaps if the console's wings come in black it'll mute the Star Trekian look. Though Spock fans would likely love it. I'm probably in the minority, as Sony's marketing team must have thoroughly tested out the new design with PlayStation fans, with the final look likely reflecting what fans wanted. For me, I'll probably go with the XBox Series X - though time will tell.

Of course it's the game play and choice of games that really matter and that will take some time before more big titles emerge and consumers could test the unit out in stores like Best Buy. For now you could also check out Sony's PlayStation YouTube Channel here to play some of the new game trailers.

If you had to choose today, on design alone, which would you choose, the Xbox Series X or the PS5? Send in your comments on our Twitter site.