Samsung is Preparing to Release new Smartphones in August, September and October in an effort to revive sales 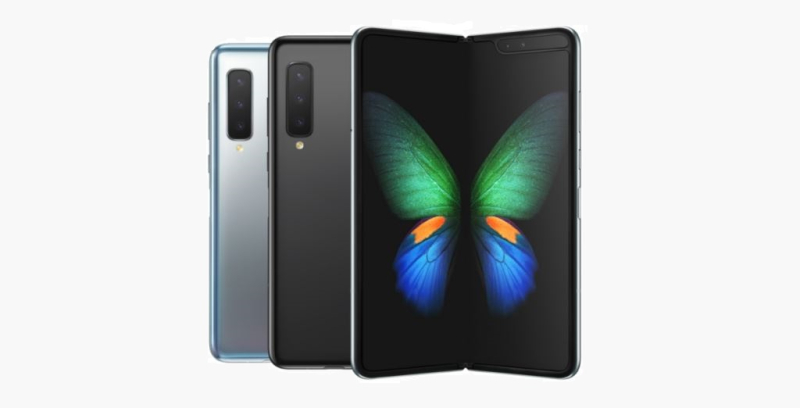 A tech report out of Korea is now stating that Samsung is planning to launch at least three new smartphones starting August in an attempt to stimulate sales that have been devastated by COVID-19 in the first half of this year.

In August, it's expected that Samsung will release their next-gen "Galaxy Note 20" series followed by the "Galaxy Fold 2" in September and the new "Galaxy S20 - Pen Edition" in October.

Samsung's Galaxy Fold 2 will have a larger display than its predecessor and is applied with foldable glass. The new Galaxy S20 Pen Edition is an economic version of the Galaxy S20 that was launched in the first half of this year.

Coincidentally, the U.S. Patent Office published a series of patent applications from Samsung relating to a next-gen version of the Galaxy Fold and a new way of applying fingerprint ID to a future Galaxy phone.

The Galaxy fold related patent covers the addition of two metal plates that sit near each side of the hinge as illustrated in the Samsung patent figure below with one highlighted in ochre and the other highlighted in purple. The concept is similar to Apple's foldable patent concept that we covered back in February. 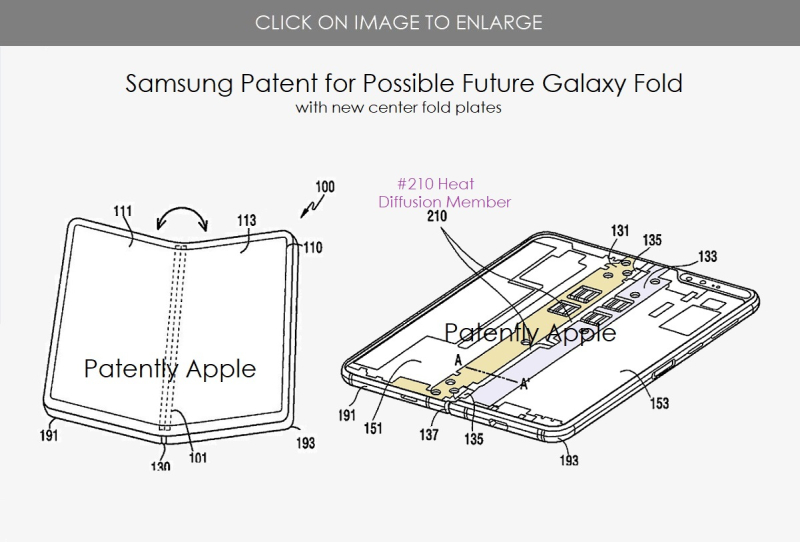 The second Samsung patent released this week covers an all-new way of delivering Fingerprint ID on a future Galaxy smartphone that doesn't consume too much power as previous solutions. For more on this, review Samsung's patent application number 20200193127. Whether this technology makes it into their next Galaxy 20 smartphone lineup is unknown at this time. Patent figures from this patent are presented below. Earlier this month Patently Apple reported on another Samsung patent application covering a way around OLED burn-in due to Fingerprint ID. For more on this, review our patent report here.

At the end of the day it's unclear whether Samsung Electronics will be able to seize opportunities to bounce back in the second half as it is difficult to guarantee a recovery in consumption due to the current COVID-19 pandemic with the possibility of a second wave this fall.

Samsung could also lose some market momentum when Apple's 5G iPhone 12 hits the market in Q4, adding more headaches for the company in the second half of the year.

Between that and the iPhone SE being ready to rock'n roll during the holiday season, Samsung may find it difficult to gain much traction, if any, as they're hoping for.

Unless they have a secret trick up their sleeve that could take the market by surprise, it's going to be very difficult for Samsung to achieve their goals. With their Chinese competitors gaining traction in Europe and quickening their pace of innovation every year, and Apple taking North America with a huge update this fall that will include iOS 14, Samsung may be in store for the fight of their life in H2.