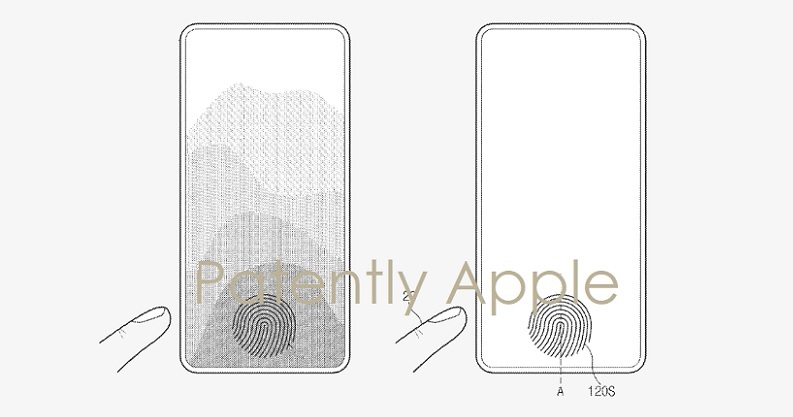 A Samsung patent application published yesterday caught my attention. The invention relates to technology that prevents display burn-in. Why is that so special? Well, Samsung is specifically aiming their new patent at Smartphones with burn-in due to under-display fingerprint biometrics that unlock smartphones.

Apple acknowledges that burn-in could occur on iPhones with OLED displays noting that "With extended long-term use, OLED displays can also show slight visual changes. This is also expected behavior and can include “image persistence” or “burn-in,” where the display shows a faint remnant of an image even after a new image appears on the screen. This can occur in more extreme cases such as when the same high contrast image is continuously displayed for prolonged periods of time.

We’ve engineered the Super Retina and Super Retina XDR displays to be the best in the industry in reducing the effects of OLED "burn-in." This includes special algorithms that monitor the usage of individual pixels to produce display calibration data. Your iPhone uses that data to automatically adjust the brightness levels for each pixel as needed to reduce visual effects from "burn-in" and to maintain a consistent viewing experience."

So Apple has learned how to "hide" slight burn-in and will reduce the brightness automatically to "hide" the problem. To date there haven't been any lawsuits filed on this issue and so it must be rare or non-existent at this point in time.

However, the issue of burn-in apparently could be amplified with the continual use of something like Touch ID on future iPhone displays.

One of Samsung's latest patent applications filed this week brings up a very specific issue with burn-in that may or may not effect next-gen iPhone's with under-display Touch ID. 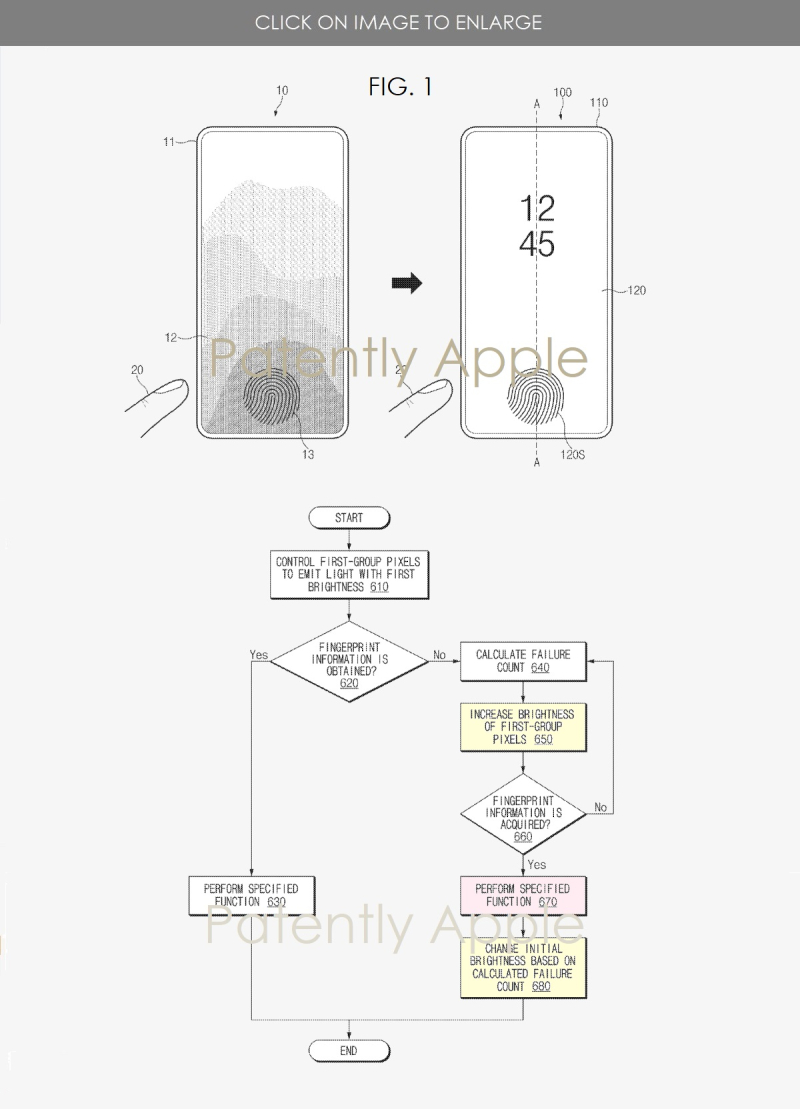 Considering that Samsung is supplying Apple with displays for iPhone 12 we'd like to think that Samsung has shared this information with Apple so that over time, after thousands of Touch ID imprints, burn-in will be avoided.

Then again, Apple's great display and optical teams have likely figured away around this issue for future Touch ID iPhones with under-display sensors arriving this year.

Yet with that said, if Samsung, Apple's supplier of displays, has decided to actually file a patent to avoid burn-in on future Galaxy smartphones with under-display fingerprint sensors in the future, the issue has to be taken seriously and one to watch for as new iPhones with on-screen Touch ID hit the market later this year.