On June first, Raevon Terrell Parker of Missouri sued Apple for $1 trillion dollars on the foundation of the Fifth Amendment regarding civil property, in this case.

Under the 'Statement of Claim' section III of the form presented to the U.S. District Court in Eastern Missouri, Mr. Parker states in his handwritten submission to the court, the following:

"On October 29, 2018, Raevon Parker went to the Apple Store in Saint Louis device Galleria for a malfunction of his cellular device. The attendant in the Apple Store fixed the device but kept it by deceiving the Plaintiff knowing that it was the first phone to have new features."

"The damages that the Plaintiff is seeking is a trillion dollars. Due to hospitalizations, travel, distress, humiliation, embarrassment, defamation of character, I don't think that the Plaintiff can be compensated for being labeled crazy."

To assure you that we've covered this lawsuit accurately, you'll find the full complaint below in the form of a Scribd document filed with the court by Mr. Parker, courtesy of Patently Apple. Mr. Parker's personal information found in the filing was removed by us for privacy reason. 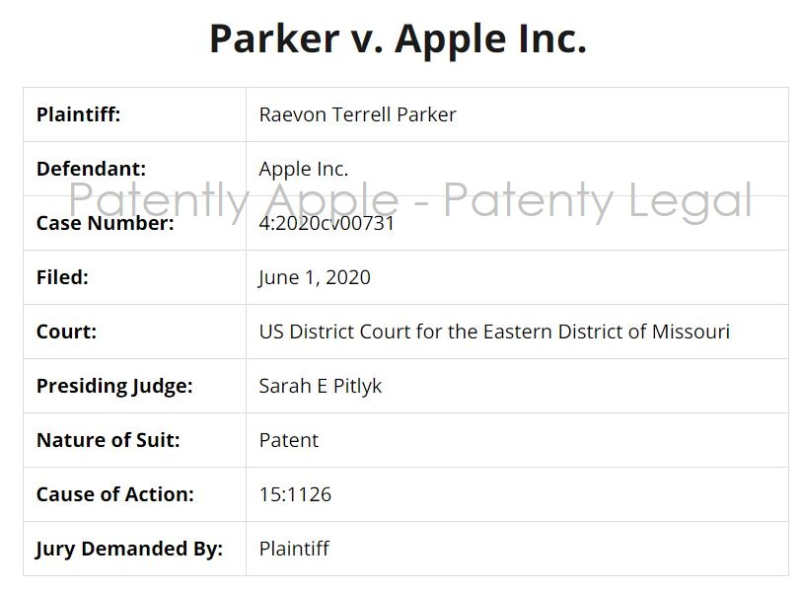