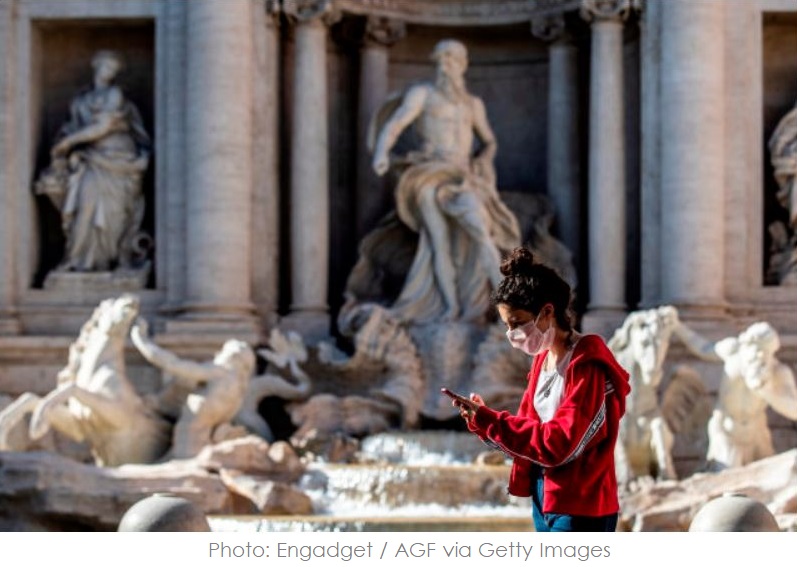 Yesterday Italy released a test-version of a contact tracing App called 'Immuni' in four regions of the  country that was hardest hit with COVID-19 before extending it to the whole country. Specifically, the four regions include Liguria, Abruzzo, Marche and Puglia.

Reportedly there has been widespread resistance from people concerned about invasion of privacy, though they shouldn't be because the app is is based on software from Apple and Google where privacy is the cornerstone of their software. The Apple|Google announcement specifically has a segment titled "Privacy-Preserving Contact Tracing."

The privacy features are so good that it has angered France and other countries and even some U.S. States that want their contact tracing app to have far less privacy.

We reported on this back on May 13: While that issue may anger some 'governments,' Apple and Google purposely designed their standards that way in fear that governments could possibly abuse the collected data for other nefarious reasons far beyond it's original mission of contract tracing the Wuhan Virus within a given population.

A poll taken by EMG Acqua on May 26 found that 44% of Italians said they would probably or certainly download Immuni while 24% would definitely not download it.

On-the-ground testing of the app, which has been developed by tech start-up Bending Spoons, will start next week on June 8. For more on this read the full Reuters report

Engadget added in their report that "The pandemic has hit Italy harder than most countries, as it has claimed at least 33,500 lives there. The country started easing lockdown restrictions in early May, but there are still fears that the infection rate may soar once more unless people adhere to social distancing guidelines." Our report's cover graphic is from that same Engadget report found here.