Home Archives Contact Us Subscribe Twitter MeWe Facebook Patently Mobile
Prior to WWDC20, Apple Pumps up the Volume about the Success of the App Store in 2019 backed by a new Analysis Group Study
Kobo, the eBook Company, Joins Spotify in filing a complaint against Apple's App Store with the EU Antitrust Commission 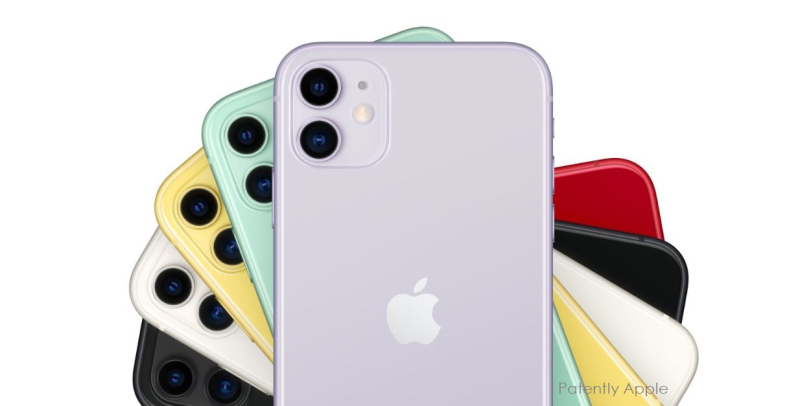 Despite the market hit by COVID-19 in Q1, Apple's iPhones were still able to win the premium smartphone title in 6 out of 7 global markets with 4 out of the top 5 models.

A new analytical report by Counterpoint we learn that the premium smartphone segment, considered to be wholesale price >US$ 400 sell-through declined 13% YoY globally during the first quarter of 2020. The contraction was part of the general smartphone market slowdown due to the COVID-19 pandemic.

However, the overall contribution of the premium segment within the global smartphone market remained resilient at 22%, similar to the previous year.

The segment remains key as while it accounts for 22% of total smartphone sell-through, it contributed close to 57% of total global smartphone revenue during the quarter.

Apple led the premium segment with a 57% market share, followed by Samsung and Huawei.

Within regions, Apple was the leader in all the regions except for China where they were second to Huawei. 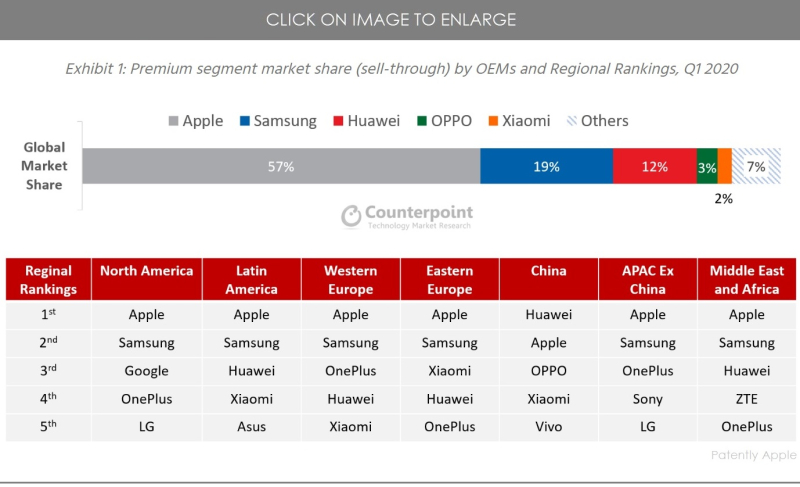 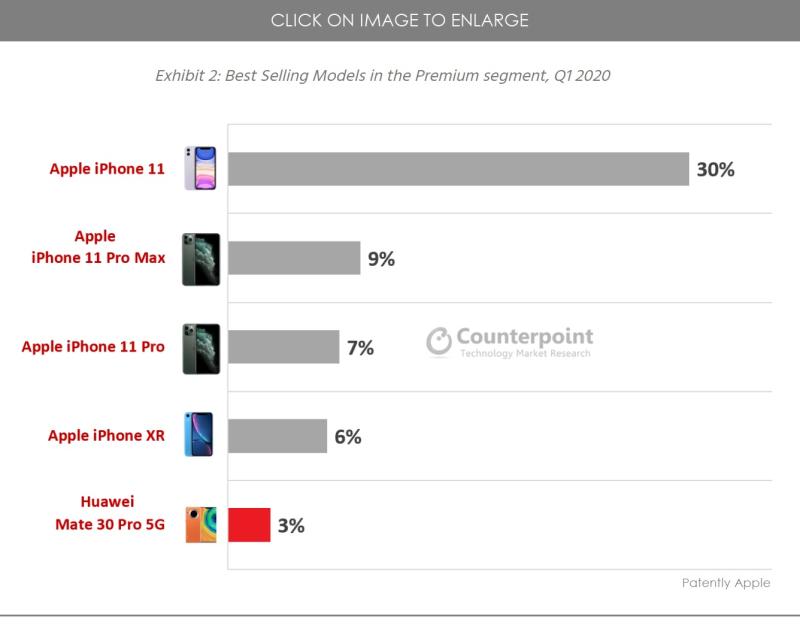