Home Archives Contact Us Subscribe Twitter MeWe Facebook Patently Mobile
The Health Care Sector is Estimated to being worth $3.5 Trillion and Apple knows that there's a lot of room for Growth
A Trademark Filing for 'Apple Rosetta' was recently made by Apple in Japan for 'Translation Software' likely Aimed for ARM based Macs 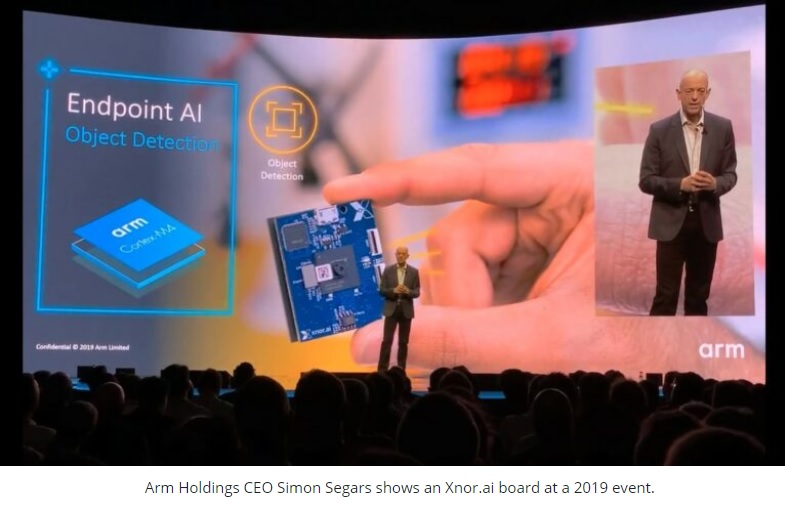 This week the U.S. Patent and Trademark Office (USPTO) listed four XNOR.AI Registered Trademarks that were officially transferred to Apple Inc. All of the trademarks were originally filed for in 2018 and registered in 2019. Apple acquired XNOR.AI in mid-January 2020. 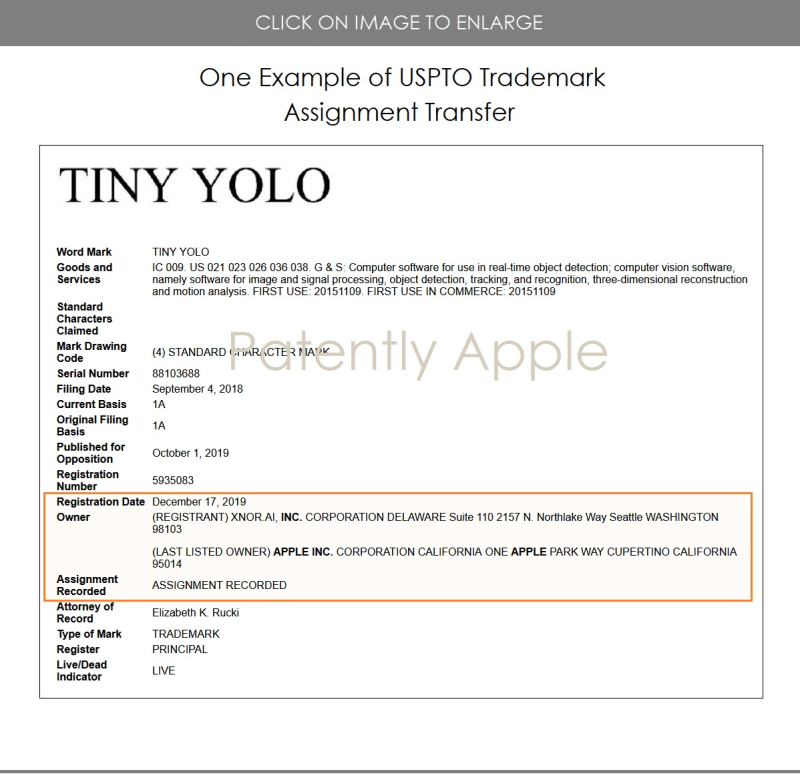 A Series of Four Registered Trademarks Transferred to Apple Inc.

This week the U.S. Patent and Trademark Office officially published the transfer of four XNOR.AI registered trademarks to Apple that include: YOLOV2; YOLOV3; YOLO9000; and TINY YOLO as presented below. The actual registered trademark certificates have yet to be republished with Apple Inc. shown as owner. 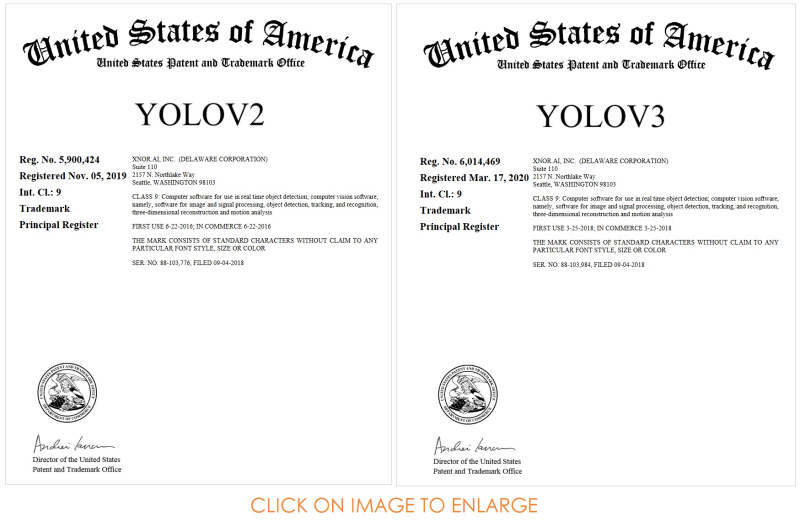 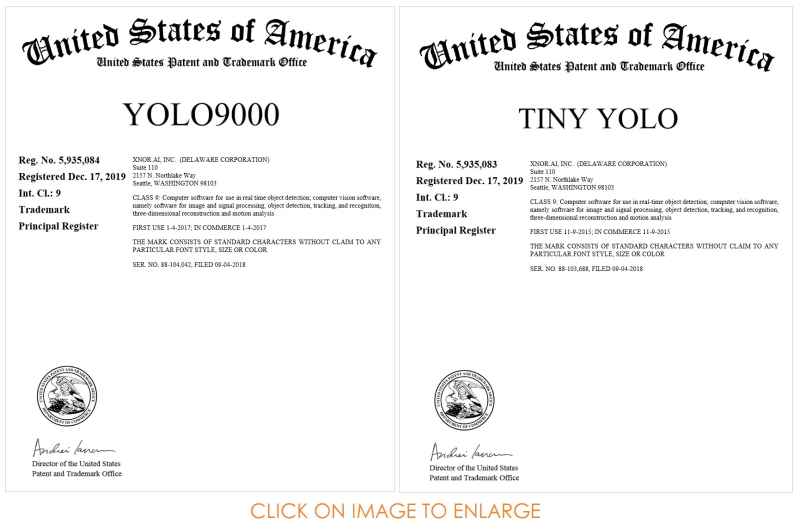 All four registered trademarks have officially been transferred to Apple. The original trademarks were all filed under International Class 9 covering the following verbiage: "Computer software for use in real time object detection; computer vision software, namely software for image and signal processing, object detection, tracking, and recognition, three-dimensional reconstruction and motion analysis."

Whether Apple will be introducing the XNOR.AI software tools to developers at WWDC20 or keeping them strictly internally is unknown at this time.

For the record, The U.S. Patent and Trademark Office has the full company name being XNOR.AI in all caps.