At WWDC20, Apple provided the World with a Sneak Peak at 'Foundation,' the Grand Sci-Fi Series coming to Apple TV+ in 2021 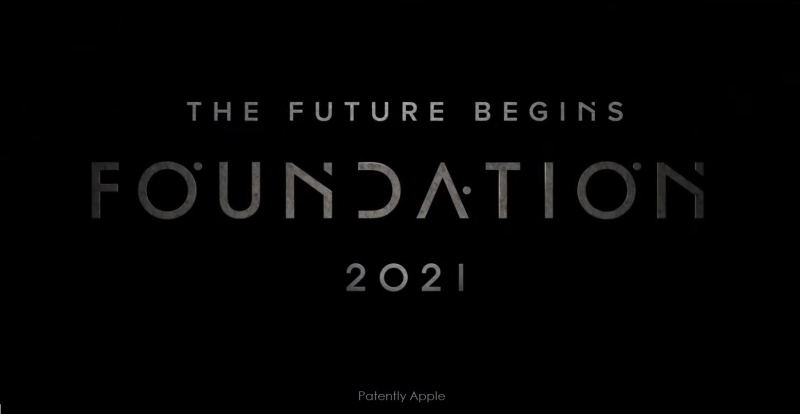 Updated 5:30 p.m. with second video, behind the scenes of 'Foundation'

In April 2018 Patently Apple posted a report titled "Apple to Develop a Drama Series based on the Trilogy by Isaac Asimov about the Milky Way controlled by the Galactic Empire." Four months later Apple Gave a Straight-to-Series Order for the series that would star  Jared Harris and Lee Pace. Haris is an Emmy nominee for his role in "Chernobyl" and Lee previously starred in "Halt and Catch Fire."

During Apple's WWDC20 event today, we were given a sneak peak at the the Scientific Drama series that really looked grande in scale. If you're a Sci-Fi fan, you're going to love it.

Behind the Scenes of Foundation

The segment where the sneak peak video came from began with Yah Cason, Senior Engineer, HomeKit Software talking about the automated Home with HomeKit. If you're interested in that segment of the keynote, you can swipe the video back to the  1:02:43 mark.

Cason then passed the keynote to Cindy Lin, Director, Program Management for Media Products Engineering that eventually presents the peak at Foundation. In the big picture, Lin's segment covered Apple Music and Apple Arcade where she introduced new multiplayer support in Apple Arcade along with two new Xbox controller accessories to be supported. Lastly, Lin touched on Picture-in-Picture support across Apple TV across various apps including HomeKit. This particular segment ends at the 1:10:14 mark (about 7.5 minutes in total).

While we're able to set the starting point of the video, we're unable to set when the video is to conclude. So after the Lin segment, you can halt the video or let it play out for the remainder of the keynote.