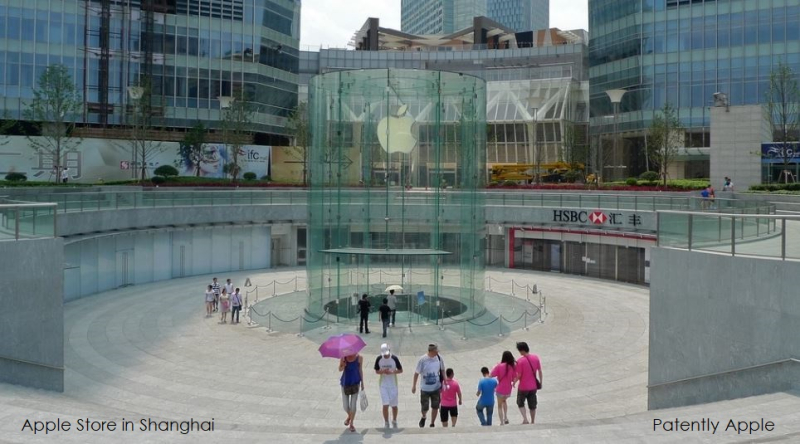 A new report from Taiwan today claims that one of Apple's stores in Shanghai (pictured above) has been vandalized. The reporter begins his report by stating: Smashing an Apple Store is something that most normal people wouldn't dare to even think about, and yet it has actually happened. This this happened in China, not in the United States, which is deeply entangled in "racial" divisions.

The report noted that yesterday, some netizens said that Apple’s Store in Pudong Shanghai was temporarily closed due to an upset customer went crazy smashing all Macs.

The incident was later confirmed by the police, and the man who smashed the shop was quickly controlled. However, according to the police, the man's language was confusing, his logic was unclear, and he was unable to communicate normally. The case is under further investigation.

Besides smashing Macs, the man's store-smashing behavior did not cause much harm to actual Apple Store, so it soon resumed business.

It is understood that the glass of every Apple Store in the world is very expensive. For example, in 2014, a glass on the Apple Store on Fifth Avenue was hit by a snowplow, and the repair cost of a piece of glass was as high as $450,000.

The disturbed individual who acted out in the Shanghai store yesterday doesn't appear to be a part of any organized group that would indicate other stores could be in danger.