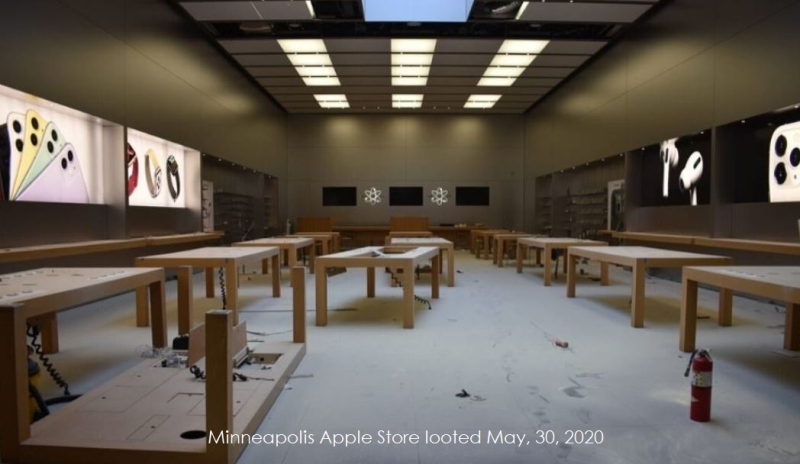 Over the weekend Patently Apple posted a report titled "Apple Stores in Minneapolis and Portland were hit by Rioters Overnight" which was later updated to include an Apple Store in Pheonix that was targeted by the unlawful rioting groups that have hijacked the lawful George Floyd protests.

The bad news for the rioters stealing iPhones is that their shiny new iPhones are actually tracking them and that the iPhone is now a fancy brick.

Citing a message from Twitter, the NY Post reports the stolen devices show a message on the screen stating that the device should be returned to where it was stolen from and that it has been disabled. 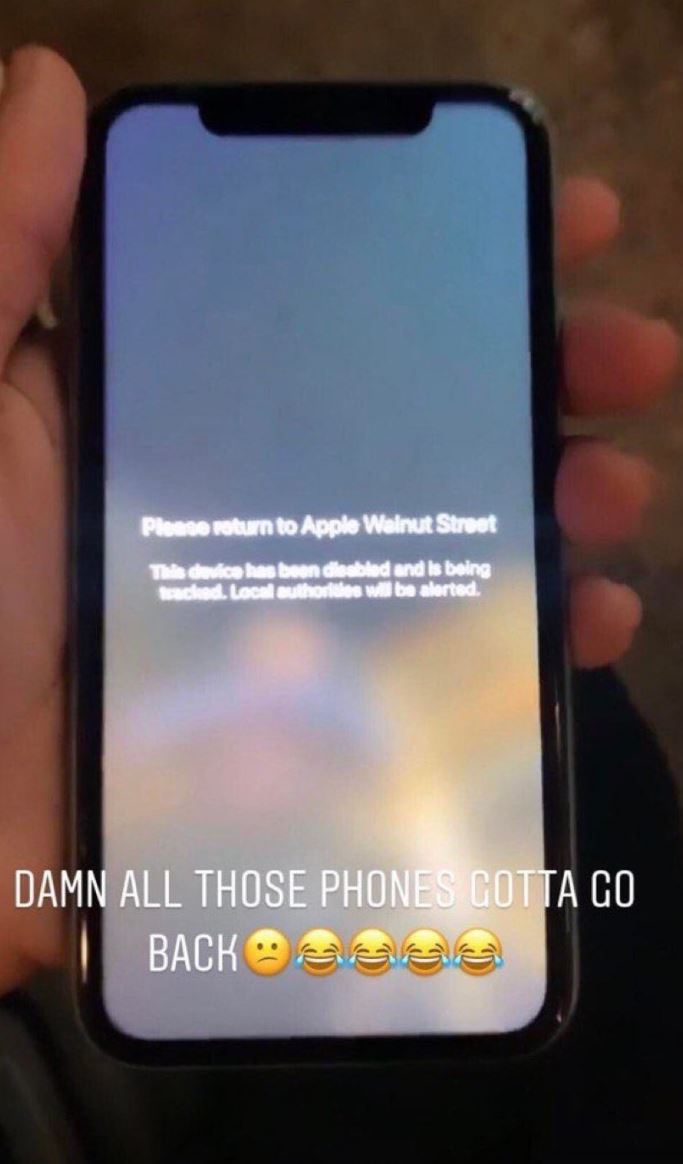 APPLE DISABLED THE PHONES THAT WERE LOOTED pic.twitter.com/9xp1HhOAeR

Not that the security message on stolen iPhones is new, as it's not. Though it's a reminder to looters that are stealing iPhones on a nightly basis that while it may be a momentary thrill to gain that armful of iPhones, in the end, the joke is on them as they won't function at a distance from the store where they were stolen from. In fact, the iPhones send information about the stolen iPhones to the Police. Though with the riots now in play, the Police are unlikely to have any manpower to follow-up on such leads.

Message translation for thieves: Yo chump, you're a loser and the joke is on you! You could read more about this at Fox News or the New York Post.