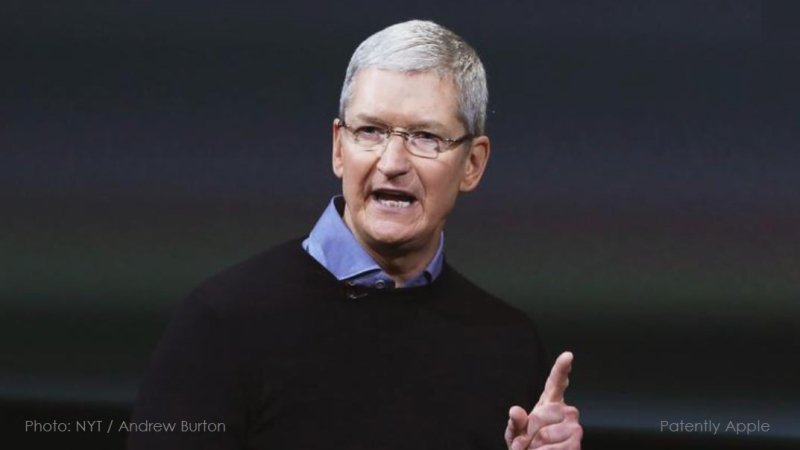 Yesterday we posted a report titled "Apple responds swiftly to two new EU Antitrust Investigations into their App Store and Apple Pay Practices." Apple legal responded by stating that "It's disappointing the European Commission is advancing baseless complaints from a handful of companies who simply want a free ride, and don't want to play by the same rules as everyone else." The EU Commission has opened two separate investigations covering Apple Pay and the App Store. Days earlier the U.S. Antitrust investigators were pressing Apple to confirm that Tim Cook would testify at the Judiciary Committee's tech competition probe.

Unless Cook's testimony could be made in private, which isn't going to happen, testifying about matters that would assist the European Commissions own investigations isn't in Apple's interest.

Now Politico has posted a report titled "Apple holding out on Cook testimony for House antitrust probe," wherein they state that "Facebook, Google and Amazon CEOs signal willingness to testify — but only jointly, and only if Apple comes too." Of course publicly, that tiny caveat that Politico is reporting on, isn't being conveyed when Amazon's Jeff Bezos claims that he'll testify.

The U.S. Antitrust Committee's request for all four tech firms to confirm that their CEO's would be be testifying before them by Sunday hit a snag with Apple. In an email to the committee reviewed by POLITICO, a lawyer for Apple emphasized that it has made the Hill no promises about testimony from its CEO.

One person familiar with talks said Apple told the committee that Cicilline mischaracterized his conversation with Cook about testifying, overstating their commitments. In the email POLITICO reviewed, a lawyer for the company Apple "will engage further" with the committee about a potential hearing.

“However, as we already informed Committee Staff in a phone call on May 28, 2020, Mr. Cook did not agree to testify during his March conversation with Chairman Cicilline," the email continued. "We maintain our position that if the Subcommittee wants another hearing focused on antitrust issues in digital markets, Apple will work with the Committee to identify the right witness in our continuing efforts to cooperate with the Committee’s investigation and will make such a person available."

If Cook refuses to appear voluntarily, the House Judiciary Committee could subpoena him, teeing up a major legal clash."

Later in the report Politico noted that "The email from Apple's lawyer said the committee appeared "to seek rolling production of materials from current, ongoing investigations that postdate the original request." The lawyer called the request "highly unusual and burdensome," and said the company "will not agree to a perpetual rolling production with no end date."

In tune with Apple's legal team, Politico added that "Amazon's lawyer said the company 'remains deeply concerned' the committee would not be able to 'assure that the most sensitive corporate documents reflecting business strategy and other competitively sensitive information would be withheld from its many competitors.'"

Amazon’s letter also noted that the committee and the company will "need to resolve a number of questions regarding timing, format and outstanding document production issues, all necessarily framed by the extraordinary demands of the global pandemic." For more on this, read the full Politico report.