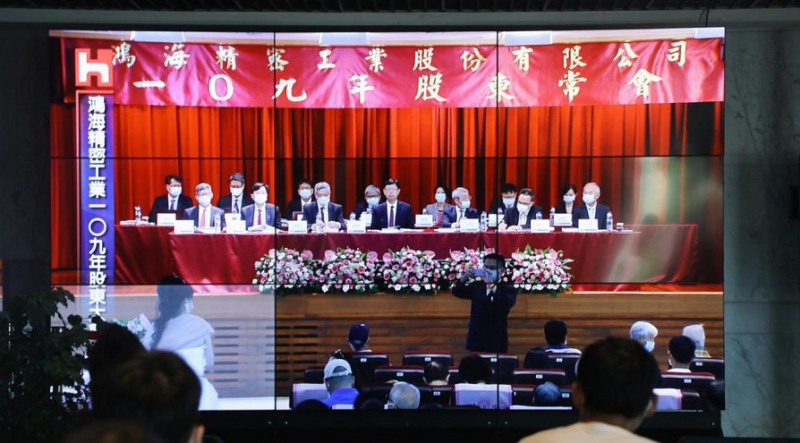 In late May Patently Apple posted a report titled 'The Indian Government has dropped Contentious Clauses in their new 'Production Linked Incentive' Program that could be Positive for Apple." The reported that once the the contentious clauses are dropped it'll pave the the way for the iPhone maker to make a larger play in local production using the production-linked incentive (PLI) scheme.

In a new Reuters report we're learning that Taiwan's Foxconn is planning further investment in India and may announce details in the next few months as the world's largest contract manufacturer views the outlook there very favorably, its chairman said on Tuesday.

Foxconn already makes smartphones in India for Apple and Xiaomi, though in March said it suspended production due to the novel coronavirus outbreak.

Chairman Liu Young-way told Foxconn's annual general meeting that looking ahead, India was a bright spot for development even though there was a "certain impact" at present due to the virus.

"We are fully pushing ahead with next steps there, and maybe in a few months' time we can reveal on our website the next steps and report back to everyone. We'll have further investment there," Liu said, without detailing plans or reasons for the firm's view on the business outlook in India.

Foxconn is seeking to make up virus-related losses at its China plants with "resources" from customers and local governments. Liu did not elaborate apart from saying such activity would take place gradually over several quarters.

This could be great for production of iPhones in India in 2021, the year that Apple is opening their first flagship Store that is likely to mark a new era in India for Apple.