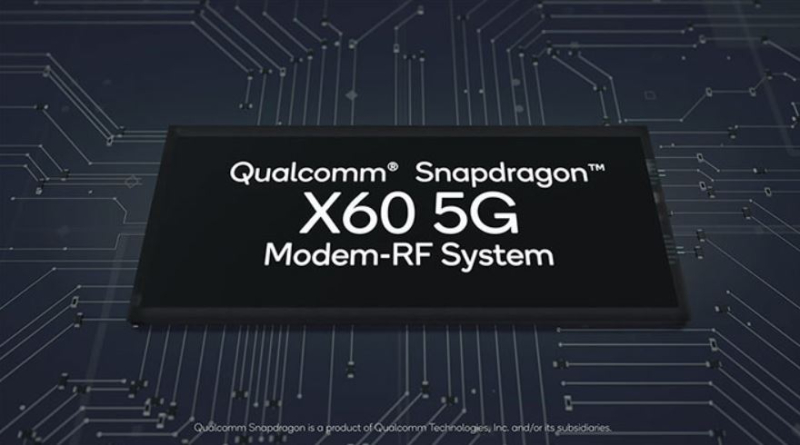 In late October word began surfacing that Apple would be using Qualcomm's X55 5G modem in 2020 iPhones. Originally that posed both a solution and problem that we pointed to in followup report in April. True, Apple would be introducing 5G in time for new 2020 iPhones but they would lack a key component that would deliver true 5G. That component is known as Millimeter Wave technology and word was that it would be delayed until sometime in 2021.

The latest development on this front has been published this morning by Digitimes. The Headline reads "TSMC to start chip production for next-gen iPhones in June" as noted below. The new image below is an update at 1:55 a.m. PST 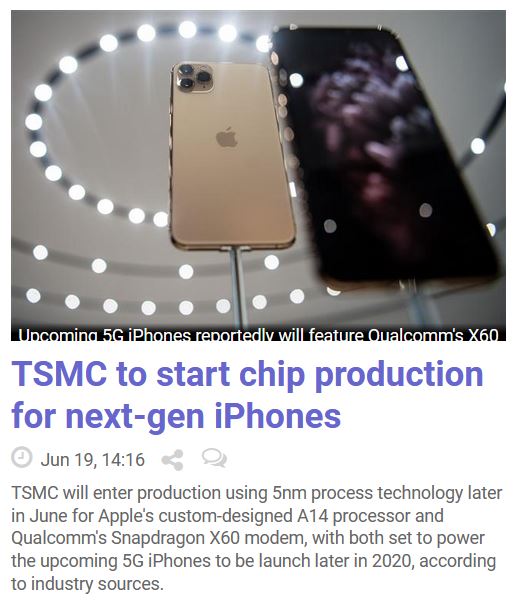 The free snippet of the full story behind a paywall reads: "TSMC will enter production using 5nm process technology later in June for Apple's custom-designed A14 processor and Qualcomm's Snapdragon X60 modem, with both set to power the upcoming 5G iPhones to be launched later in 2020."

The key is that it appears that Apple will be using the more advanced X60 5G Modems from Qualcomm and not the X55 as noted earlier. Using the X60 5G Modem means that there won't be a need for a second generation iPhone to deliver Millimeter Wave technology because that's one of the key components built into the advanced modem. This would be great news for those wanting to buy the iPhone 12 this fall with pure 5G.

A February Qualcomm press release in-part stated: "Building on the success of the industry-leading Snapdragon X50 and X55 5G Modem-RF Systems, the Snapdragon X60 is the world’s first to support mmWave-sub 6 aggregation allowing operators to maximize their spectrum resources to combine capacity and coverage." It's also the first 5nm chips solution.

In a 'Research and Markets' report, they note that Vo5G via 5G Voice-over-NR (VoNR) capabilities will provide advantages for VR applications such as supporting VR Eyewear devices, VR immersive social communication platforms, full HD streaming and 4K video for VR, take the Haptic Experience Mainstream in VR Applications and more.

It will definitely be an exciting advancement should Apple's iPhone 12 come with Qualcomm's X60 5G modem in September.