In April 2019 Patently Apple posted a report titled "Apple Invents a Version of Apple Watch that is able to Understand Hand Gestures in VR Games & more." Today Apple was granted that patent.

Apple's granted patent relates to a future Apple Watch that could be configured to capture one or more images of a user's veins via sensors and/or tiny cameras that are set into the bottom side of an Apple Watch Band that could automatically recognize a specific gesture being made by a user to trigger a particular action in a VR/MR game without requiring the user to ever touch their watch.

Apple's patent FIG. 5C below illustrates a perspective view of an Apple Watch having one or more sensors located on the strap; FIGS. 4A-4B illustrate top views of an exemplary user's hand; and FIGS. 6B-6C illustrate exemplary digital representations of images of the user's veins. 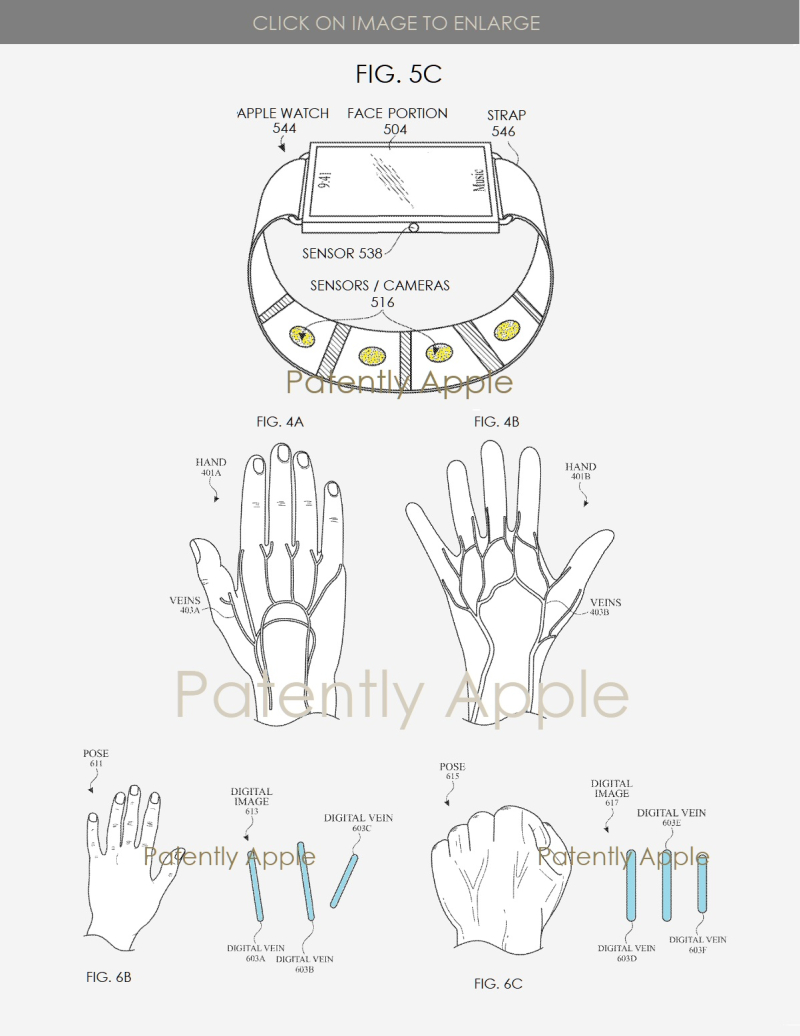 Apple's granted patent 10,698,497 was originally filed in Q3 2018 and published today by the US Patent and Trademark Office. You could review our original patent report here for more details and graphics.