While it was fun for some to find a "secret code" in Apple's betas about Car Key, the fact is that the original patent that started this project was filed way back in 2011 or 9 years ago. We covered it in a patent report titled "Apple Reveals Advanced Automotive Access and Control System." The patent noted that "a vehicle access credential can be or include one or more access tokens, access keys, access codes, access information, cryptographic keys, data signed using cryptographic keys, and/or the like."

Apple's patent FIG. 3 below illustrates an exemplary vehicle; and FIG. 5 is a flow diagram of a process usable by a primary portable device to access a vehicle according to an embodiment of the present invention. 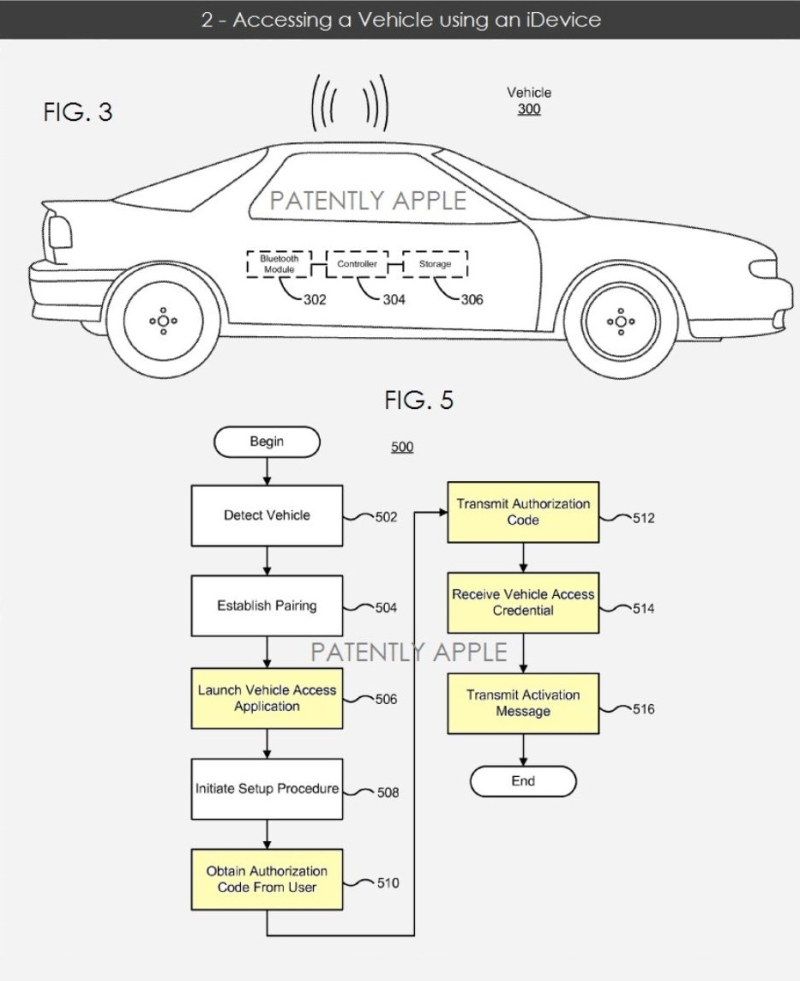 Apple had continued to work on this project over the years. In 2019 another patent was granted to Apple on this same thing in 2019.  We covered that in a report titled "Apple won 59 Patents Today Covering Advanced Security Locks on Vehicles, Pixel Dimming Technology and more." One of the patent figures from that patent is presented below. You'll notice that Apple's current granted patent had been expanded with a modernized software stack for the iPhone and expanded the technology in the car from 3 modules to 5 that we highlighted within the orange block in FIG. 2. 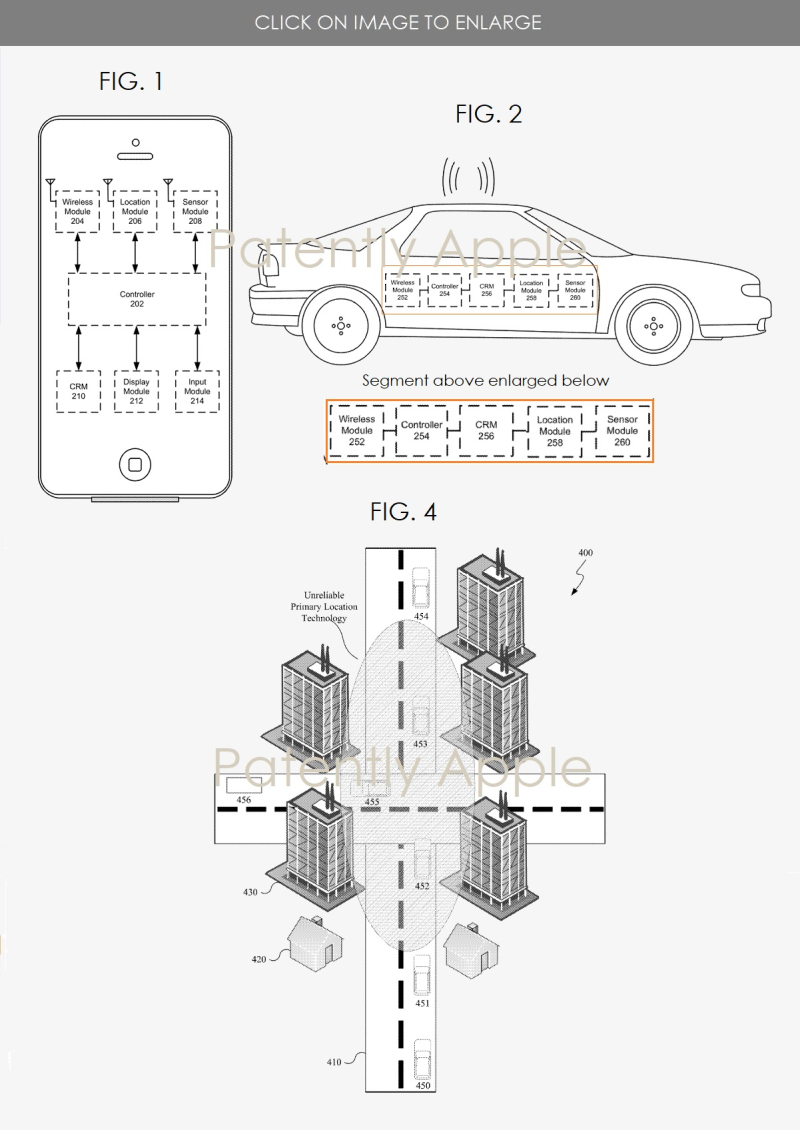 Apple notes that the location-enabled device includes a "built-in car navigation system, other car computer system, a key fob, a car key." The emphasis of the patent from its original project greatly expands so as to include dealing with location technology  as it relates to the Urban Canyon issue as presented in patent figure 4 above. The term 'Urban Canyon' is a creative industry visual term for a vehicle or person trying to access the web in a downtown area of a city where a series of tall buildings makes it difficult for a device to access the web or navigation systems due to communication interference.

Apple's granted patent 10,698,118 was published today by the US Patent and Trademark Office. After 9 years, Apple's car access system or Car Key officially came to light at WWDC20 last week. While it's still available, you can watch the developer conference session on Car Key here that was delivered by Apple Engineer Matthias Lerch.