Home Archives Contact Us Subscribe Twitter MeWe Facebook Patently Mobile
Samsung is Preparing to Release new Smartphones in August, September and October in an effort to revive sales
Apple Flash-Recaps Day Five of WWDC20 and we Include Three Videos on iOS 14 and more 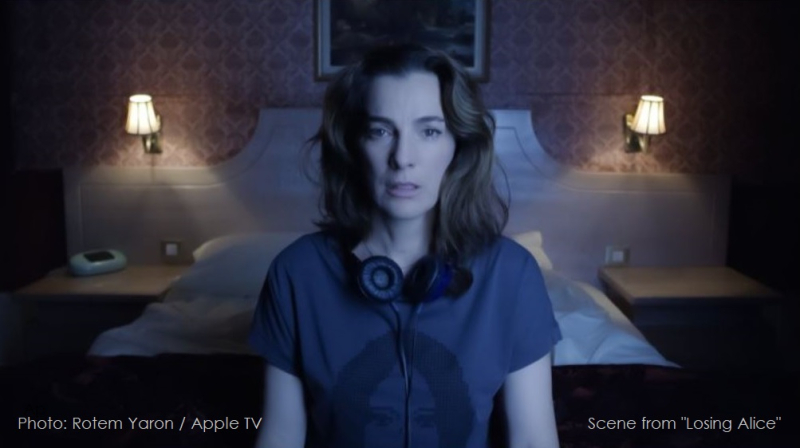 It's being reported this afternoon that Apple has picked up exclusive international rights to Israeli neo-noir series Losing Alice as well as signing a co-production deal with Israel's Dori Media and cable company HOT. The first eight-part season of Losing Alice will air on Apple TV+ worldwide later this year and is currently airing on HOT in Israel. It stars Ayelet Zurer who some may remember starring the U.S. film Man of Steel (Superman) back in 2013.

In the latest series picked up by Apple TV+, Zurer plays "Alice, a 48 year-old film director who feels increasingly irrelevant but is inspired once more after becoming obsessed with Sophie, a 24 year-old femme fatale screenwriter played by Lihi Kornowski. Building on the Faust legend, but through the unique prism of a female filmmaker, Losing Alice explores issues such as jealousy, guilt, fear of aging as well as the complex relationships women have among themselves and each other." For more, read the story from The Hollywood Reporter.

Other stories from Israel coming to Apple TV+ include Suspicion starring Uma Thurman (a second story on this is here) and Tehran that was reported on last week.