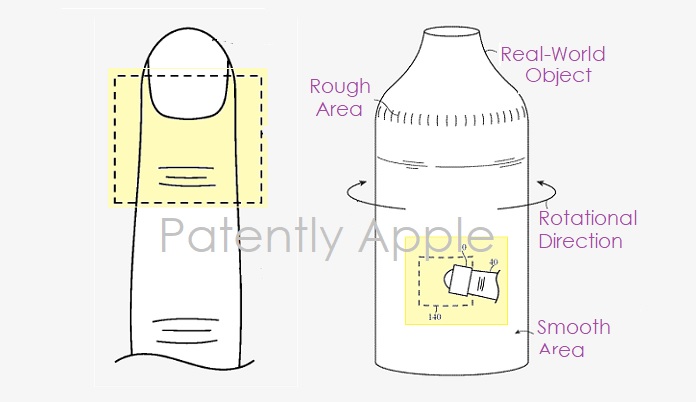 Today the US Patent & Trademark Office published a patent application from Apple that relates to systems with electronic devices such as finger-mounted electronic devices that are to be used with Apple's future HMD and smartglasses. Apple has been working on this for some time and Patently Apple has covered a series of future finger devices for use with AR/VR headsets and/or glasses that you could review here: 01, 02, 03, 04 and 05.

Apple's invention published today covers a system that may include electronic devices that are finger devices configured to be worn on fingers of users in conjunction with Augmented Reality (AR) and Augmented Virtuality (VR) head mounted devices and glasses.

The finger devices may include sensors. As a user interacts with a real-world object in the environment surrounding the user, one or more sensors may be used to measure information on real-world-object physical attributes associated with the real-world object.

The measured physical attributes may be used to recreate the physical behavior of a portion of a sampled physical object for a user. For example, a sampled texture may be overlaid on a part of an object being presented in a computer-generated reality environment.

Beyond an HMD or glasses, each finger device may be worn on a finger that could interact with a MacBook (a laptop computer), an iMac (computer monitor containing an embedded computer), an iPad (a tablet computer), an iPhone (a cellular telephone), a smaller device such as Apple Watch (a wristwatch device), a headphone or earpiece device, a head-mounted device, a television, a gaming device, a remote control, a navigation device, an embedded system such as a system in which equipment is mounted in a kiosk, in an automobile, airplane, or other vehicle. 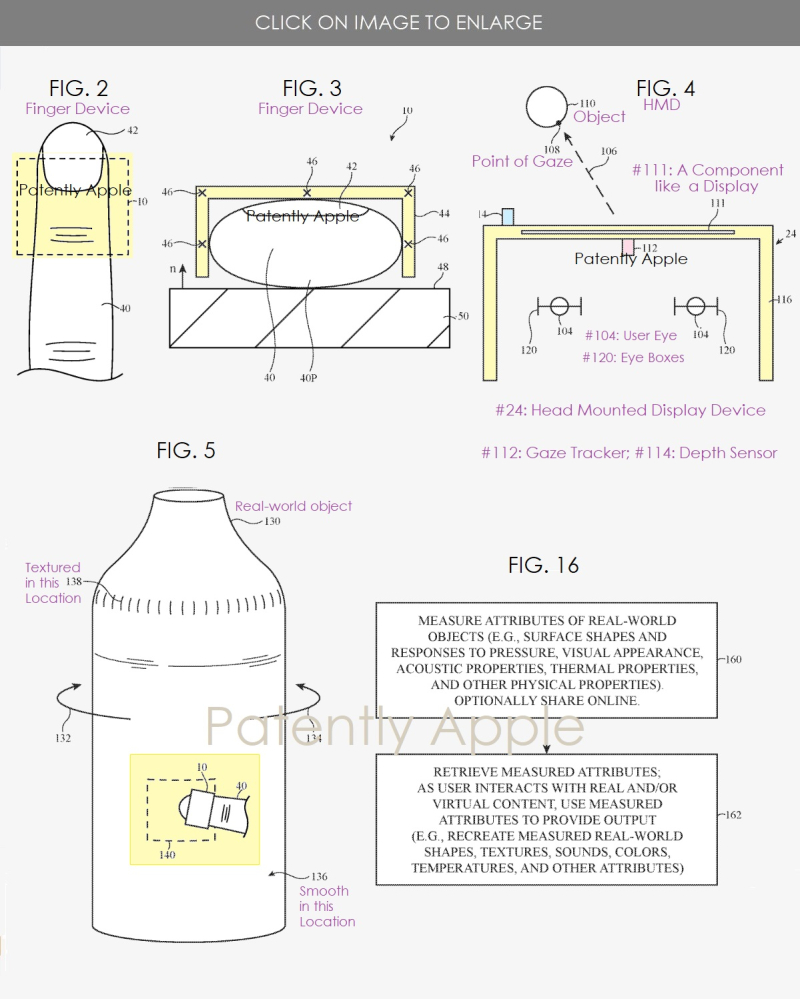 Apple's patent FIG. 5 above is a perspective view of an illustrative real-world object with which a user is interacting while gathering measurements and/or receiving output using a finger device; FIG. 16 is a flow chart of illustrative operations associated with operating a system with electronic devices.

Apple's patent FIGS. 6, 7, 8, and 9 below are diagrams showing how illustrative finger devices may be used in gathering measurements on real-world objects; 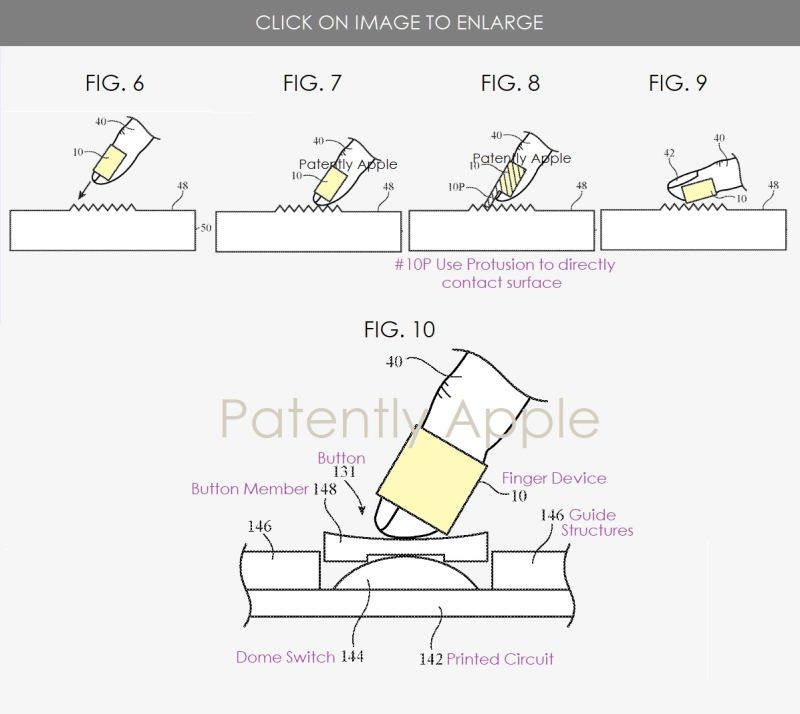 Apple's patent FIG. 10 above is a diagram of a real-world object with a movable mechanism such as a button that is being measured using an illustrative finger device.