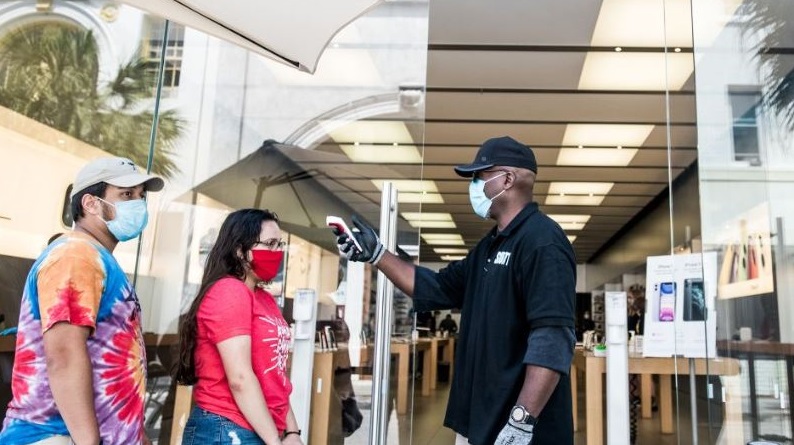 It was big news on Tuesday when Apple announced the reopening of 75 stores, especially in New York where massive protests are still in-play. In total, Apple has reopened some 210 stores to date.

By the end of Thursday, just two days after opening their stores the decision was made to re-close 11 stores, with 9 out of the 11 coincidentally being in Red States including Florida, South Carolina and Arizona.

It was known as far back as June 9th that Arizona, North Carolina and California were experiencing COVID-19 spikes and yet Apple chose to reopen them in these states and then re-close those in Red States, leaving California open.

The logic isn't there. Arizona reported 1579 new cases on June 9 and Apple closed stores in that State today and yet California reported 3,593 new cases at the same time and the Stores remain open.

In a letter to Apple customers in May, Deirdre O’Brien, Apple’s retail chief, had said the company would look at data on a local basis and that re-closings were a possibility based on that data.

"These are not decisions we rush into — and a store opening in no way means that we won’t take the preventative step of closing it again should local conditions warrant," O’Brien had said.

And yet with clear data that COVID-19 spikes had been reported on in Arizona before the reopening, Apple's O'Brien still made the decision to reopen multiple stores on Tuesday in that State just to turn around two days later and re-closed them. Clearly decisions aren't based on data alone.

Some Financial sites like 'The Street' tried to pin Apple and other stocks falling on Friday on Apple's news of re-closing Stores. That's a hysterical position considering that, in perspective, Apple's stock ('AAPL') had a great week starting off at $335/share and ending the week up at $349/share as noted in the chart below. The Street is usually not that myopic.