Earlier today Patently Apple posted a report titled "To make Future MacBooks even Thinner, Apple has Invented the Retractable Keyboard." When delivering next generation Apple products, being able to claim that the device is even thinner and lighter is always a good selling point. Another published patent application from Apple today reveals that they're working on a new way to make iDevices and maybe even Macs, thinner.

Apple's engineering team have developed a method to make touch screens with ultra-thin stack-ups that directly reduces the display layers construct while offering other improved benefits.

Apple states that their invention, titled "Ultra-Thin Touch Sensors" relates to touch screens with ultra-thin stack-ups. Reducing the thickness of the touch screen can provide for a lower profile device, can improve the optical image on the display by reducing the display to cover glass distance, and can reduce the weight of the device.

In some examples, the thickness of the touch screen stack-up can be reduced and/or the border region reduced, by removing the flex circuit connection from the stack-up.

A flexible substrate can be used to enable routing of touch electrodes to touch circuitry. In some examples, the touch screen stack-up can include a shield layer between the touch sensor panel and the display.

The thinner display structure shown below in patent FIG. 2 could apply to the iPhone, iPad, Apple Watch, iPod Touch and can apply to MacBooks and iMac (should Apple decide to go that route in the future). 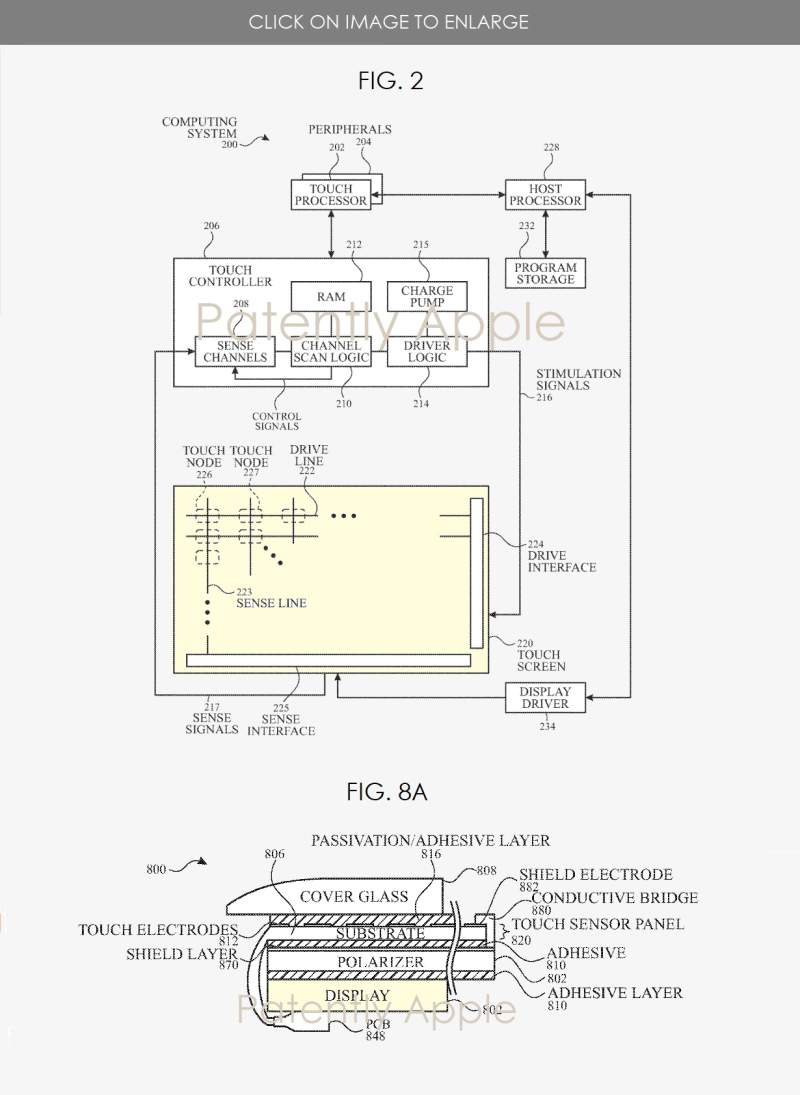 Apple's patent FIG. 11 below illustrates an exemplary process (#1100) for forming an integrated touch sensor panel and polarizer according to examples of this invention. 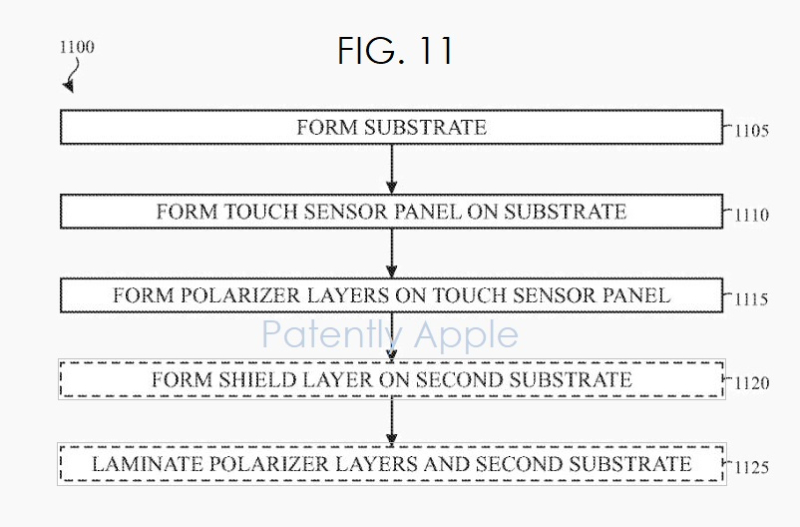 Apple's patent application 20200201482 that was published today by the U.S. Patent Office was filed back in Q4 2019. If you're a display engineer or the like and want to dig into the details, check out the patent in full here. Considering that this is a patent application, the timing of such a product to market is unknown at this time.