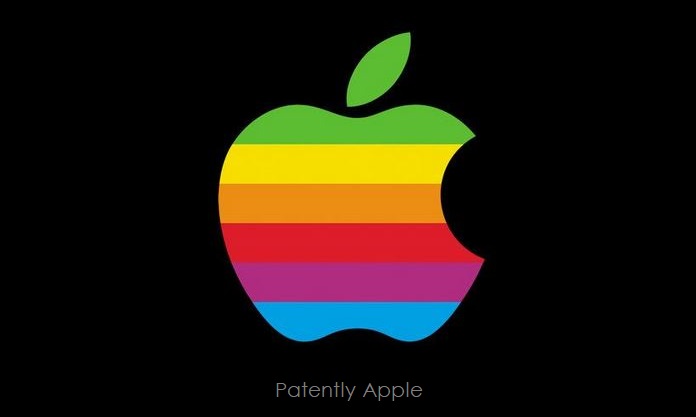 Today the US Patent & Trademark Office published a patent application from Apple that relates to a next-gen finish for the back glass of iPhones. In one aspect, Apple's logo that's now seen on iPhones is a flat printed or etched image that fades over time. Apple may, in the future, have their logo placed on iPhones using a new laser-based methodology that is able to set their logo in a multilayered design that reflects back a series of colors from magenta to blue, green, yellow and more.

In some ways it would be like taking their original logo and bringing it into the future. Of course, it won't present stripes of color but rather a blend of changing colors.

The laser process could also go one step further, if Apple so chose to use, that provides a transformable color-changing appearance to the entire back surface like  the finish found on some Huawei and Samsung phones presented below. 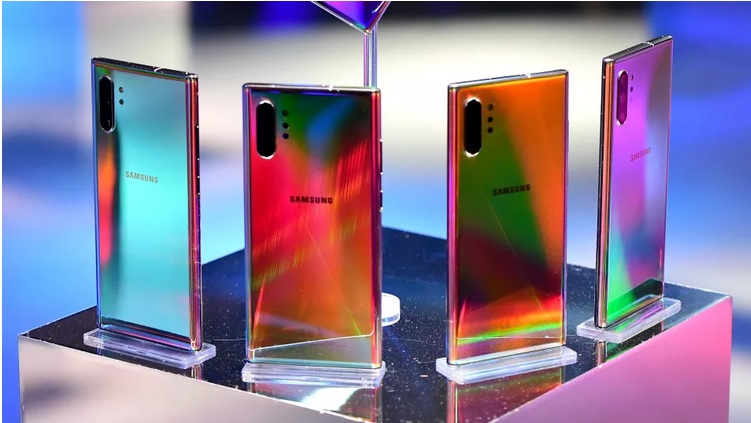 Laser Marking on Glass Devices through a Cover

Apple notes that electronic devices generally include a housing or other exterior component that may be marked or printed that are subject to fading over time. Apple's invention consists of a new multilayer structure inside the electronic device that can be marked using a laser-based process. The twist to it, though not totally understood, is that there are at least two layers that have different optical properties giving the marking a distinct visual appearance.

In embodiments, the transformable colorant is a color-changing colorant, such as an irreversible thermochromic colorant. Patent figures are black and white and so it makes it difficult to completely visualize the color-charging characteristic of the markings such as Apple's logo.

Further into the patent filing Apple notes that the visual appearance of the marking and/or the multilayer structure may be described by its color(s) and other optical properties as observed through the cover.

The color range could include red, blue, yellow, green, violet-red, magenta and more.

Apple's patent FIG. 2 below depicts a cover and a multilayer structure of an electronic device. 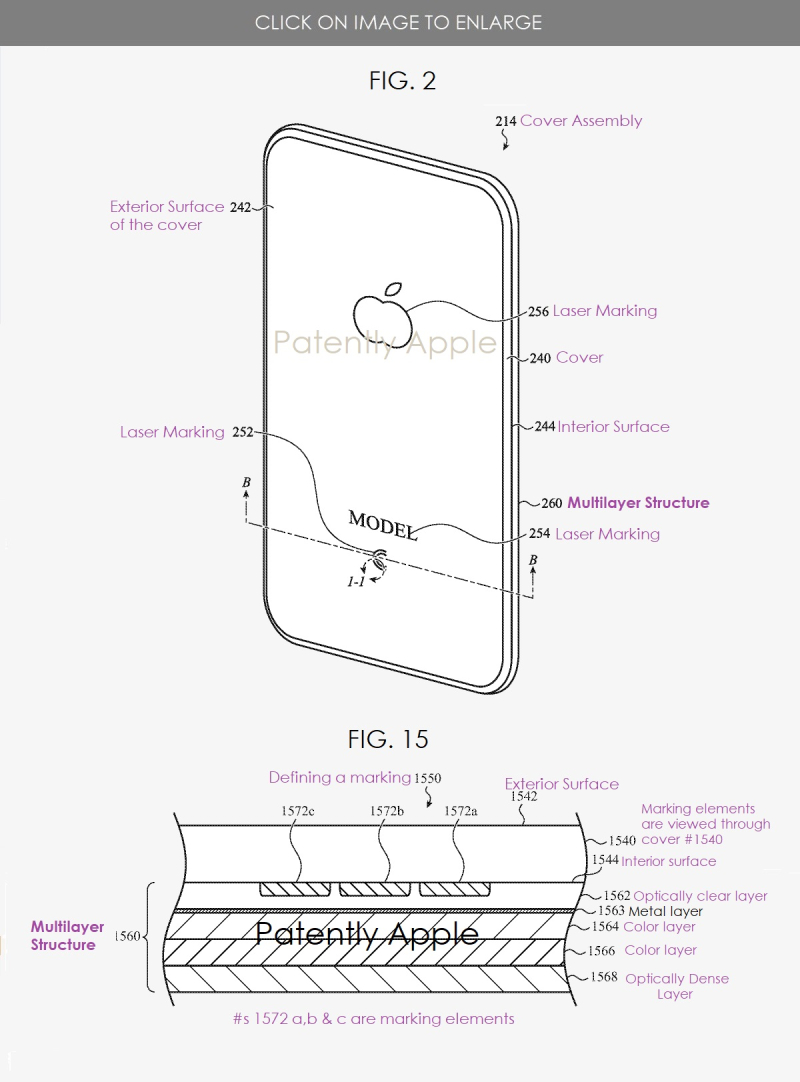 Apple's patent application 20200180076 that was published today by the U.S. Patent Office was filed last summer. Considering that this is a patent application, the timing of such a product to market is unknown at this time.