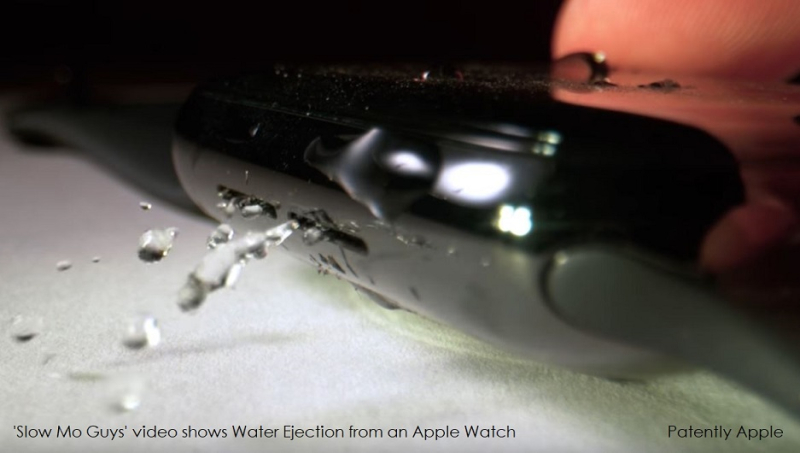 Over the years Apple has filed many patents relating to efforts to provide better waterproofing technologies for the iPhone and iPad. Back in 2016 Patently Apple posted an Apple Watch related patent report titled "Apple Invents Waterproofing Port System," which noted in-part that "The electronic device also includes a fluid repelling member connected to the housing and positioned in a flow path between the port and the input/output device."

Today a new video from the Slo-Mo Guys was posted titled "How the Apple Watch Ejects Water, as noted below. The host goes for a swim, well, dives into his bathtub, and shows off the interesting method in which you can get out of the water and immediately hear your sound alerts on the Apple Watch.

Sometimes it's difficult to visualize an invention just from patent text if the patent figures are inadequate. So, it's always great when we can see Apple's IP come to life in the form of a video as noted above.