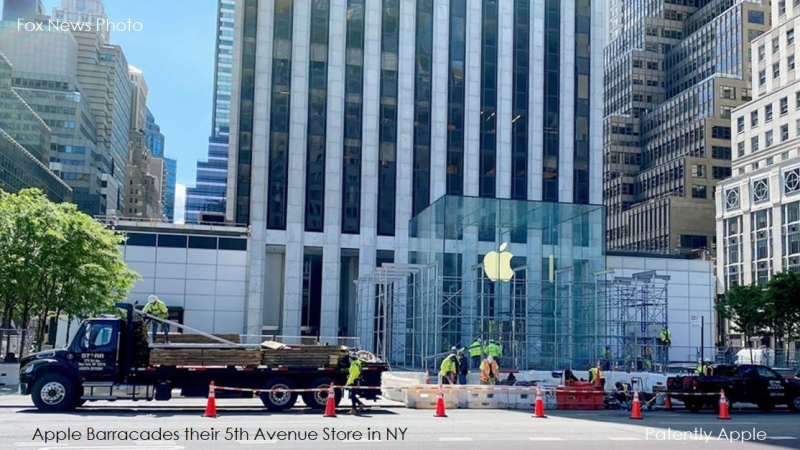 Apple is taking measures to protect its flagship store on Manhattan's famed 5th Avenue from protests over the death of George Floyd and other police killings of black people that are quickly intensifying.

Scaffolding is now being mounted by Starr Industries to protect the high-end technology store, which is on a street of high-end retailers, the company confirmed to FOX Business Monday.

On Sunday evening, roughly 14 crew members worked around the clock to quickly put up a water-filled plastic barricade topped by a fence around the perimeter of the Apple store. As soon as night came, between roughly 8 or 9 p.m., police told crews to head home for their safety, the company said.

By 5 a.m. Monday morning, crews were back out adding an additional steel barrier to prevent protesters from penetrating the glass. For more, read the full Fox Business News report.

Apple Stores have been a very popular target for rioters as we first pointed out in our Saturday report titled "Apple Stores in Minneapolis and Portland were hit by Rioters Overnight."